"I have here in my hand a list of two hundred and five people that were known to the Secretary of State as being members of the Communist Party and who nevertheless are still working and shaping the policy of the State Department."
-Senator Joseph R. McCarthy (Republican, Wisconsin) 09 February 1950

Having become famous for lying, constantly and needlessly, and facing a failing future as a politician, Senator Joseph McCarthy propelled himself to national prominence by making a disturbing and astounding speech in front of a small Republican women's club in West Virginia. "I have here in my hands a list..." he began.

In truth McCarthy had no such list, but an American citizenry, worried by China's recent fall into communism and the detonation of an atomic bomb by Russia, accepted his claims. A nationwide hunt for hidden, traitorous Communists began. Despite his inability to prove his accusations, and even to keep his numbers straight, the senator became enormously popular. Republicans were afraid to criticize him and pollster George Gallup quipped: "Even if it were known that McCarthy had killed five innocent children, they would probably still go along with him." Over the next 4 years, McCarthy managed to destroy hundreds of innocent lives and reputations. But in 1954, during televised hearings, McCarthy accused the U.S. Army of aiding communists and one man talked back: Attorney Joseph Welch. 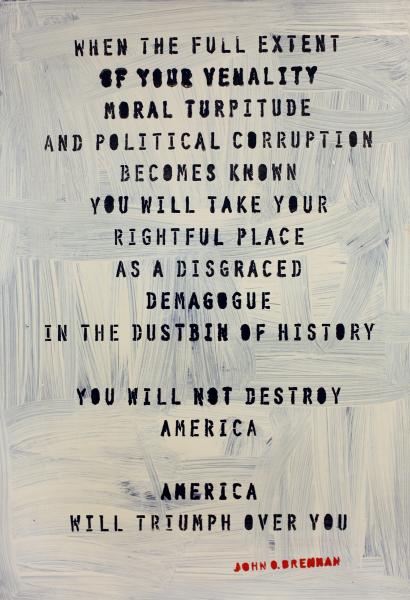 In a now famous line, he asked, "Have you no sense of decency, sir?"

At the time, that was sufficient to break the dam; McCarthyism came to an end.

(As an aside: besides Trump's similar fame as prevaricator and Gallup's quip resembling Trump's claim that he could "stand in the middle of Fifth Avenue and shoot somebody...and not lose any voters," it is to be noted that McCarthy's assistant and protégé, Roy Cohn, went on to become Trump's mentor, lawyer, and close friend.)

See Ward's other posts His Way with Words, Idolatry, Fiddling during the First 100,000, Kids-In-Cages, Trump Papers, The Pandemic, and Lewis and Trump.

WARD SCHUMAKER is an artist known in particular for his hand-painted, one-of-a-kind books. An unintended and fortuitous viewing of one––a collection of quotes from the mouth of Donald Trump––resulted in the publication of
Hate Is What We Need, available from Chronicle Books. Schumaker is represented by the Jack Fischer Gallery in
San Francisco. 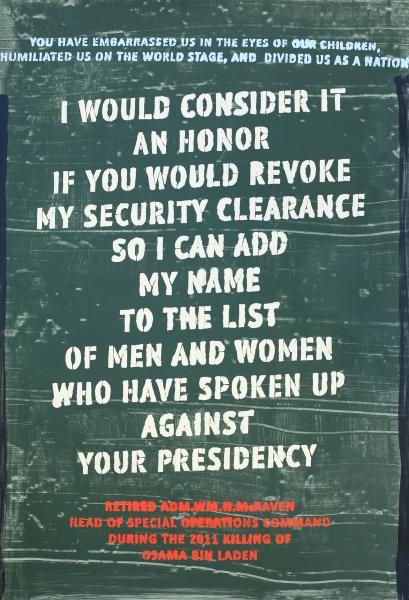 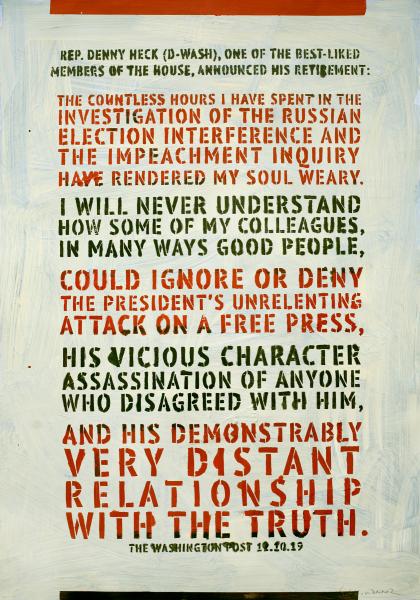 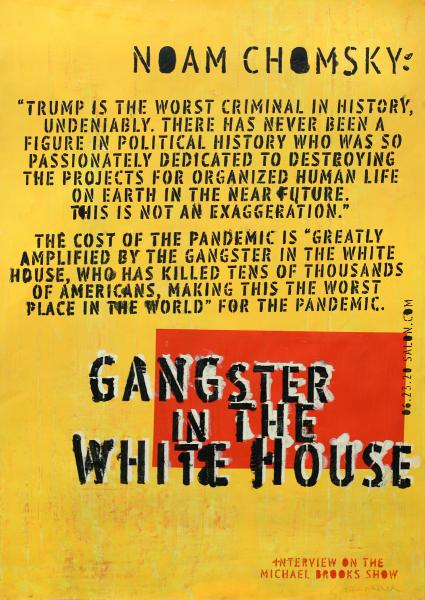 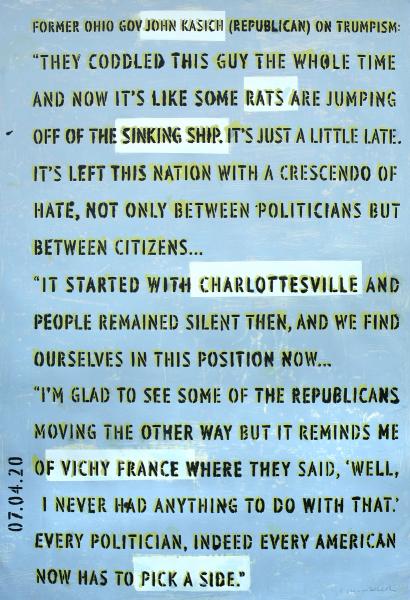