Evanthe held still, her limbs pulled into awkward angles—one elbow cocked out to the side, the other braced against a root serving as tripod, both hands grippin the binocular's rubber houseing hard enough she was afraid she wouldn't be able to unbend them again. She didn't dare readjust. Didn't dare move her left knee off whatever sharp thing she'd planted it on. She'd been waiting her whole life to see this: a male paradise tanager...
—from "Birds of the Land," Volume 61, Issue 3 (Fall 2020)

Tell us about one of the first pieces you wrote.
When I was a creative-writing undergrad in a fiction workshop class somewhere around 2003, the professor assigned a two-page writing exercise where two characters had to have some sort of intense conversation, but only one could speak. And so my characters Silvania August Moonbeam Merigal and Nick Larkins were born, straight into conflict. And that two-page exercise from all those years ago turned into my just-published novel, Sins of the Bees. I always use this personal example to warn my own honors fiction workshop students now that you never know what will come from some random writing exercise!

What other professions have you worked in?
I am currently an honors creative writing professor and was an English lecturer and writing center tutor before that. Previous to academia, I was a fire-camp cookhouse assistant and a seed-pinecone picker (yep, that’s a real thing)!

What did you want to be when you were young?
My passion for nature and my passion for stories have always undergirded everything else in my life. Reading (specifically novels, which I started consuming as soon as I could read) and exploring the natural world have been the two things that have made me me for as long as I can remember. Along those lines, when I was very young, I dreamed of being an archeologist which then shifted into wanting to be a field botanist/dendrologist or zoologist, along with being a naturalist. I was a little heartbroken when I figured out that the hard sciences weren’t really my particular brain’s forte, but then when I figured out that I could write (creatively) about the topics in the natural world that fascinated me while also creating my own stories, effectively marrying my two great loves, I was quite satisfied with the arrangement.

What inspired you to write this piece?
“Birds of the Land” was inspired from a family trip to Puerto Cayo, Ecuador where my husband, two younger sons, and I lived in the tiny coastal fishing village for a summer. The blue-footed booby in the story was a real experience we had, and that interaction along with the intense sensory input of that summer have stayed with me ever since—a signal I’ve learned means there’s something there that I need to write about. And in this case—much like my experience with the two-page undergrad writing exercise that turned into my first novel—“Birds of the Land” has turned into the impetus for my second novel which is well underway now.

Is there a city or place, real or imagined, that influences your writing?
Having grown up in a remote and forgotten place myself—surrounded by uninhabited forest wilderness punctuated by lawlessness and constantly-looming male threat—I find myself always writing about settings where the remote or the forgotten are driving forces, inhabiting the story as much as the characters, shaping the story’s emotional tenor, functioning as its beating heart. Remote settings often demonstrate both intense beauty and intense hardship, highlighting everything in society over which I celebrate or despair. The places that inhabit my work have everything to do with who the characters are and what the characters do, so for me, place often comes first, and characters second. I can’t even conceptualize a story without knowing, intimately and personally, its place of being—the flora and fauna, the natural phenomena, all the embedded human dramas—so I typically write about places I know, places that I’ve experienced in some way personally. 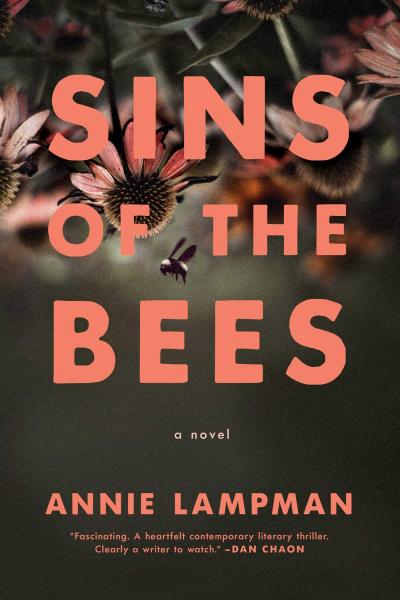 I’ve actually found that the most helpful thing for me to do with any piece, whether prose or poetry, is to read it out loud to someone willing to listen closely. The oral/aural experience of reading my work out loud is a very dependable trigger of some real writerly brain-function magic—probably some deep cerebral hardwiring that connects back to humanity’s age-old tradition of oral story-telling. As I read my own work out loud, I often make connections I wasn’t able to make before, and also really enter into the music of the piece. I can hear the changes I need to make to get the piece to its full potential, which is a very different thing than the visual process of reading silently. And of course, the person listening often has valuable immediate feedback—places where they were confused, or places that moved from one thing to the next too quickly, or places that resonated deeply.

If you could work in another art form what would it be?
When I was younger, I tried out just about every art form possible before I eventually settled into writing as “the one.” With other art forms I was always frustrated with my inability to achieve what I was trying to express artistically. My skills in all the various visual arts and music and the like never felt fully realized; I could never quite capture the elements I was trying to capture, which is sort of the worst frustration—a kind of deep agitation akin to not being able to scratch an itch that only grows worse and worse until it drives you insane. Only through words could I get close enough of a “capture” to satisfy my need for artistic expression, but if I had been able to develop the other skillsets enough, I would have loved to express myself more fully through the various visual arts, along with words.

What are you working on currently?
I’m now diving fully into my second novel and so excited to meet new people (i.e. the new characters) and get to know them and their situations, including Evanthe Waters who was born in “Birds of the Land” and now is the new novel’s main character.

What are you reading right now?
I’ve just finished novels like Lisa Ko’s The Leavers, Louise Erdrich’s The Night Watchman, and Esi Edugyan’s Washington Black, and am now gearing up for Viet Thanh Nguyen’s The Sympathizer and Min Jin Lee’s Pachinko. All amazing books!

ANNIE LAMPMAN is the author of the novel Sins of the Bees (Pegasus/Simon & Schuster, September 2020) and the limited-edition letter-press-printed poetry chapbook BURNING TIME (Limberlost Press, September 2020). Her narrative essays, poetry, and short fiction have been published or are forthcoming in The Normal School, Orion, and Women Writing the West. She has been awarded the Dogwood Literary Award in Fiction, the Everybody Writes Award in Poetry, a Best American Essays “Notable,” a Pushcart Prize Special Mention, a Literature Fellowship from the Idaho Commission on the Arts, and a national Bureau of Land Management artist’s residency in the Owyhee Canyonlands Wilderness. She is an Associate Professor of Honors Creative Writing at the Washington State University Honors College and lives in Moscow, Idaho.