No One Likes a Bully In 1991, during the confirmation hearing of William Barr as George H. W. Bush’s Attorney General, a lawyer named Jimmy Lohman published a piece in an obscure periodical, the Florida Flambeau. Lohman had been a classmate of Barr in high school and again later, at Columbia, and he remembered Barr well: “Billy was my very own high school tormentor.....a classic bully...a porky ninth grader who had a vicious fixation on my little Jewish ‘commie’ ass...he lived to make me miserable.” Barr had brothers who were much like him, writes Lohman, and together they picketed the school’s fund-raising Junior Carnival “because the proceeds were going to the NAACP.” At Columbia, Barr “teamed up with New York City riot police to attack anti-war protestors and ‘long hairs.’”

So he was angered by the almost giddy acceptance of Barr’s nomination (including by Joe Biden). Once confirmed, Barr most famously went on to “disappear” the case against Reagan administration officials involved in the Iran-Contra Affair. Years passed, Barr left the government, made a fortune doing legal work for Verizon, and eventually retired. But along came Donald Trump, and in 2019 Barr once again became the Attorney General. This time, instead of dubious machinations involving Iran-Contra, Barr has rewritten the findings of the Mueller Report, undermined the use of mail-in ballots, aided in the violence against peaceful protestors in Trump’s Bible-toting Lafayette Square photo-op—along with other, more 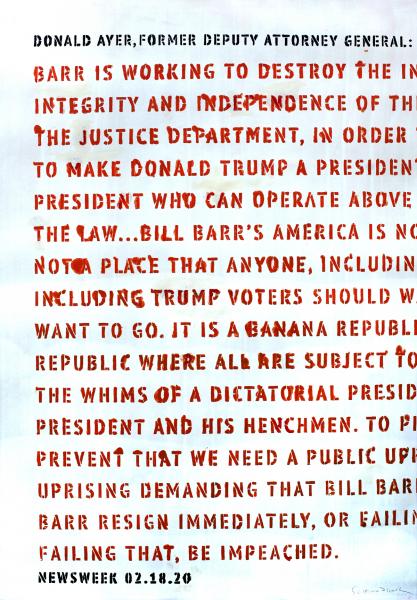 Except this time, he isn’t so loved.

Not that he cares. “History is written by the winner,” he has said. “So it largely depends on who’s writing the history.”

Our upcoming election will go a long way to deciding who those authors will be.

See Ward's other posts His Way with Words, Idolatry, Fiddling during the First 100,000, Kids-In-Cages, Trump Papers, The Pandemic, Lewis and Trump, Decency, and Going Postal.

WARD SCHUMAKER is an artist known in particular for his
hand-painted, one-of-a-kind books. An unintended and
fortuitous viewing of one—a collection of quotes from the
mouth of Donald Trump—resulted in the publication of
Hate Is What We Need, available from Chronicle Books.
Schumaker is represented by the Jack Fischer Gallery in
San Francisco. 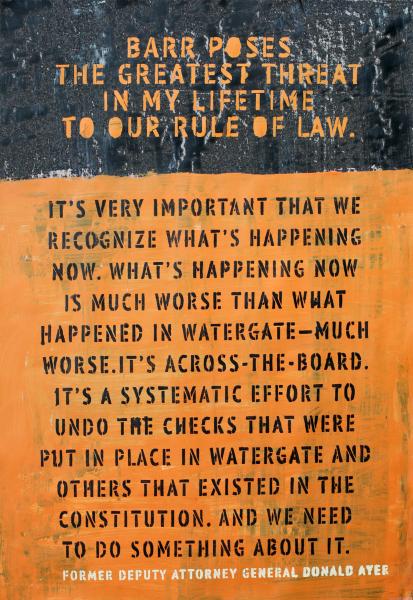 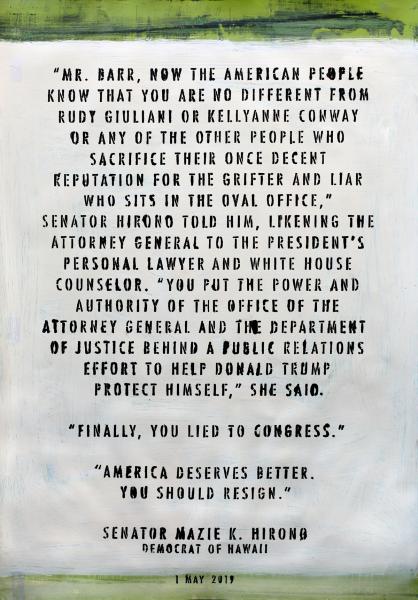 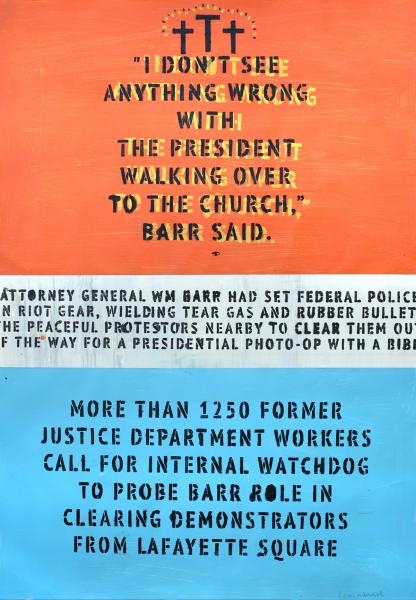 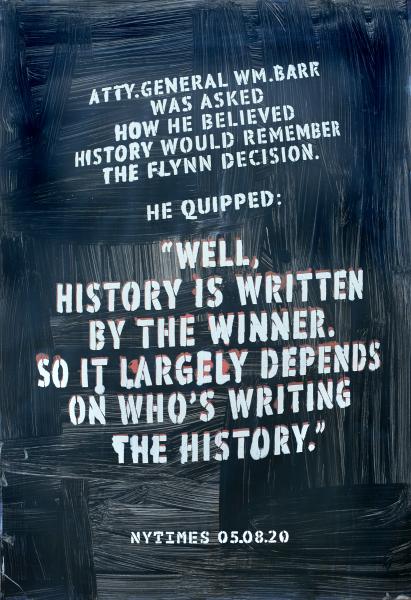