In 2016, after a woman accused him of putting his hand up her skirt while on an airplane, Trump told supporters at a campaign event, “Believe me, she would not be my first choice, that I can tell you.”

More than two dozen women have accused the president of sexual misconduct and one, E. Jean Carroll, has taken him to court. Carroll alleges that in the mid-nineties Trump threw her up against a wall in a fitting room in Bergdorf Goodman and raped her. But not without a fight: “The moment he closed that door, I was banged up against the wall. I want women to know that I did not stand there. I did not freeze, I was not paralyzed, which is a reaction I could have had because it was so shocking. No, I fought.”

Nevertheless, she kept silent after a friend warned that Trump would “bury” her.

But after he became President she spoke out.

Trump responded by calling her a “liar” and insisted he’d never met her, despite being photographed together at a party in 1987. So Ms. Carroll took him to court with a defamation lawsuit, saying his statement harmed her reputation by branding her a liar. 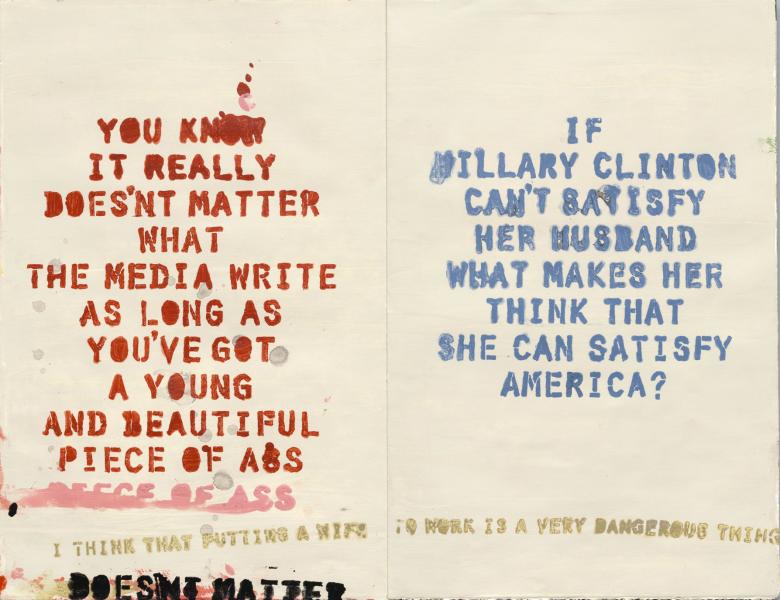 attempted to step into the case, arguing that, in denying the accusation, Trump was acting “within the scope of his office as the President of the United States.” The department attempted to move the case from a state court to a federal court, thus  transferring the costs of Trump’s defense to the US taxpayers, and no doubt stalling the case until after the election, or subjecting it to immediate dismissal.

But U. S. District Judge Lewis Kaplan was having none of it: “the allegations have no relationship to the official business of the United States,” he wrote on October 27, and his ruling means that the suit can now move on.

And that includes compelling the president to give a DNA sample. 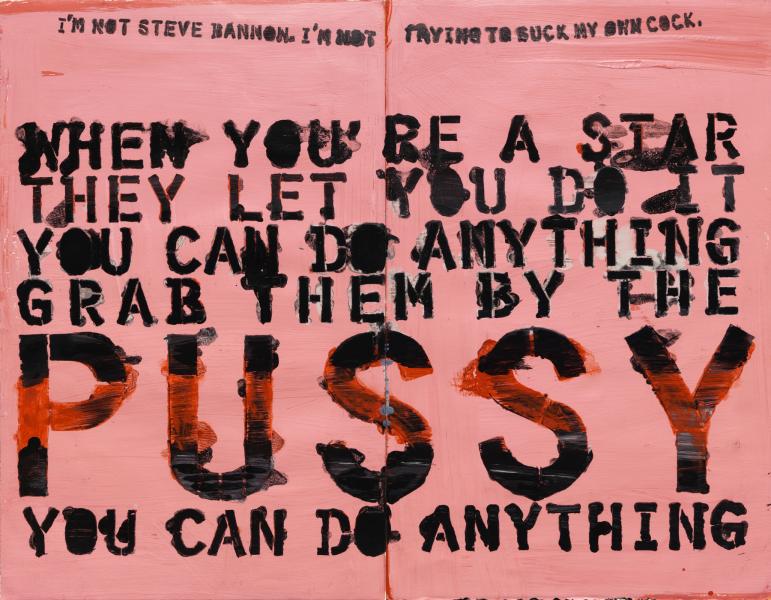 Ms. Carroll reports that she kept the dress worn during the incident, complete with stains of the attacker’s genetic material.

See Ward's other posts His Way with Words, Idolatry, Fiddling during the First 100,000, Kids-In-Cages, Trump Papers, The Pandemic, Lewis and Trump, Decency, Going Postal, and No One Likes a Bully.

WARD SCHUMAKER is an artist known in particular for his
hand-painted, one-of-a-kind books. An unintended and
fortuitous viewing of one—a collection of quotes from the mouth of Donald Trump—resulted in the publication of  Hate Is What We Need, available from Chronicle Books. 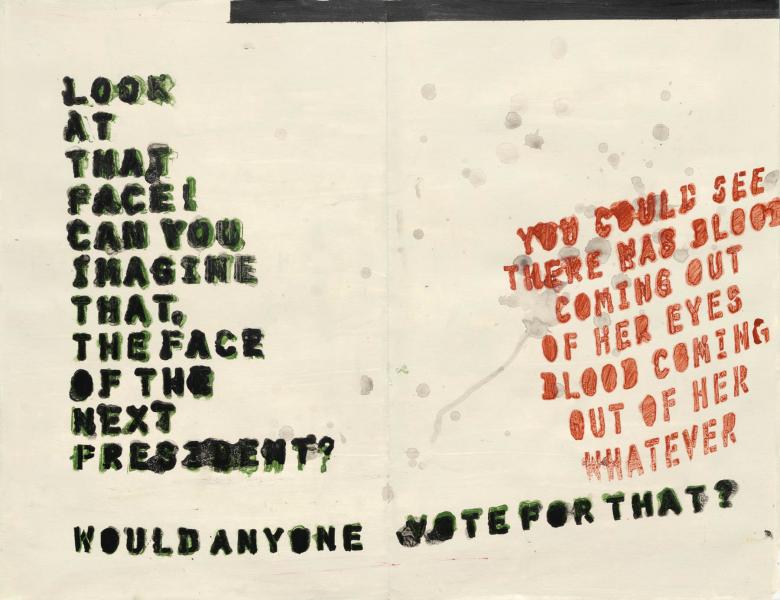 Schumaker is represented by the Jack Fischer Gallery in
San Francisco. 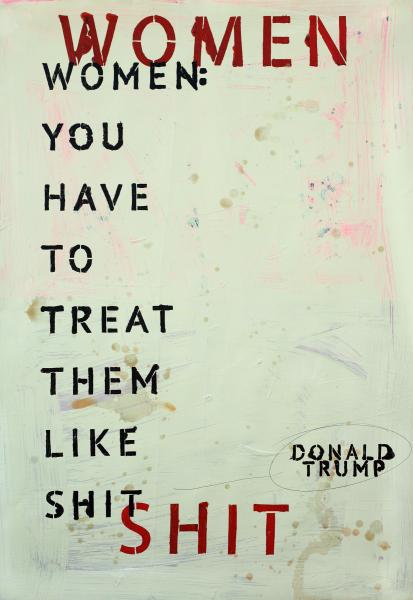