For three hours I've been thrusting my body past the breaking waves on the northernmost beach in Tel Aviv, where the surfers go, and the lifeguards keep calling—little girl!

We asked Marcela Sulak the same 10 Questions we ask our other contributors. She provided the following interview.

Tell us about one of the first pieces you wrote.
Roses are red.So’s the Indian Blanket.
What happened to the Titanic?
An Iceberg sank it.

At the time, I was proud of extreme agility of the accentual lines, the unexpected comparisons, the rhyme. I pondered whether books had ever been written by living people, or if you first had to die in order to write a book.

And then in about fifth or sixth grade I met a living poet. The amazing thing about her was that she took me seriously as a person (few people took fifth graders that seriously as people, so it made an impression). She gave me craft books, talked to me about the importance of framing a narrative, even in lyrical poems, praised the concrete and particular, the precise verb.

I grew up on a rice farm 5 miles outside of a town of about 300. My family were avid readers, and my immigrant grandparents polyglots, but. . .

But?
Maybe it was like this: most people don’t grow their own rice. It just appears on your plate, right? Well, we grew rice, and it was work. But the chances of meeting someone who knew how to make books was pretty slim.

Our world was full of stories—both sets of grandparents lived within biking distance, and they had so many tales they never repeated themselves. Also, there were many striking personalities around. My father, as well, knew the name of every plant, animal, weather pattern, and had stories about them. But nothing of our world was ever reflected in the books I read.

In 2010 Bruce Machart’s novel The Wake of Forgiveness, about Czech immigrant farmers in Texas, written in a lyrical style not quite Faulkner, but strange all the same, that anything had been written that even partially reflected my world. Then came Philipp Meyer’s The Son. Both grappled with relations between Anglos (or Czechs) and Tejanos, as well as the Native American tribes who were displaced. And these relationships and tensions were still palpable when I grew up. Even those books depicted the period of my grandparents, not mine.

Isn’t this the condition of writing from the provinces (or from the aggrieved red portions of the USA?) Is this what “other” means?
Yes—Pascale Cassanova writes about it in The World Republic of Letters; so does Octavio Paz, in The Labyrinth of Solitude, and Gabriele Garcia Marquez, Salman Rusdhie, too. The idea is that there is a literary NOW that is so fresh that it’s happening simultaneously. Maybe it even precedes life! But where you are is not it. Your reality is so far removed from literary centers, the centers of social, economic, political, cultural power that you are completely forgotten.

Sometimes it feels that the literary “now” has already lapped itself, so to speak. It began with the international success of works like Gabriel Garcia Marquez’s One Hundred Years of Solitude and is ending up so far with the attention we are paying to the aggrieved white Trump supporter in the wake of the last American election?

What writer(s) or works have influenced the way you write now?
I owe a lot to documentary poetics (Muriel Rukeyser, Carolyn Forché, C. D. Wright) and the crazy hybrid writing birthed of the prose poem/the manifesto in prose blocks in the 1920s with William Carlos Williams, Jean Toomer, and continuing to folks like Eula Biss, Charles Simic, Mary Ruefle, Sabrina Ora Mark. Also the serial poems of Mina Loy; the book length poems of Lola Ridge. The poems of minds in action like Wallace Stevens.

And most of all, I think I owe a lot to fairy tales and field guides.

What are you reading right now?
My students’ final projects and final exams because we were on zoom all spring and the semester never really ended yet.

I host a weekly radio podcast on TLV.1 Radio, called “Israel in Translation” in which I talk about a read from new books in English translation, so I am reading new Israeli books in translation. I loved most from those Shimon Adaf’s collection, Aviva No about the poet’s sister who suicided. 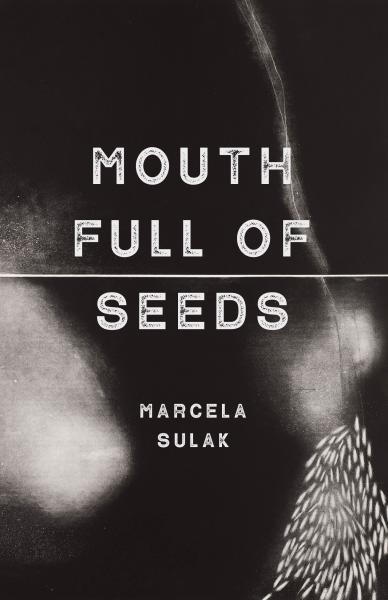 What inspired you to write this piece [“Breaking”]?
The geopolitical reality that affects our daily life, including how far out into the water we go on the beach.

Right now especially, earth’s nations are thinking about boundaries, borders, who is “us” and who is “them.” When I lived in Texas I had to drive 24 hours to get from one end of the state to the other. And most of the people I new growing up either were not native English speakers or else, for sure, their parents were not. It’s the same thing in Israel, except the state is smaller than New Jersey and the Gazans, our neighbors to the south, are having their humanity squeezed out of them on every side so that someone can make some political points. In so small a country as this, even going to the beach, is political, and makes one feel one’s boundaries—as a civic body and a maternal body.

Is there a city or place, real or imagined, that influences your writing?
Every place and city in which I live. My forthcoming book, City if Sky Papers, is completely set in Tel Aviv and was written (in my head) while running every morning along the Yarkon River or else riding a bike. The book I’ve just published, Mouth Full of Seeds, is about moving my body and later my child’s body across Venezuela, Czech Republic, and Israel, translating fairy tales, traversing religion, and planting gardens and orchards as we went.

How Else does the lived world interact with literature? Is this why you spend so much time on translation, reviewing, podcasting literature?
Words and feelings shape what we perceive of one another and of our physical world (that, and of course, access to potable water, food, shelter, health care).

So it’s incredibly important to translate, review books, broadcast them on radio podcasts. We need to hear from people we don’t live next to, who don’t speak our language.

It’s important for people who create literature to also join a world-wide conversation with the present moment from the places in which they write. So I also review books and host a radio podcast about Israeli literature in translation (Israel in Translation, on TLV.1 radio).

What are you working on now?
I’m currently translating Eli Eliahu, a poet whose parents left Iraq as children. His poetry makes all poets prophets; it remembers childhood; it asks important questions. I’m translating Sharron Hass, as well, a classics scholar who is currently concerned with the consolation of poetry, questions about souls (I’m translating the book in which the female speaker is carrying a male child in her womb and midwifing her father’s soul through death). These are voices that don’t often get translated (Israeli women, Israeli Mizrachi).

I’m working on strange little narrative poems in which the speaker isn’t quite woman and isn’t quite animal, but somewhere in between; she’s inhabiting a strange space of time between Passover and Shavuot in which Jews “count the omer” and work on their souls. It’s called The Counting of the Omer.

MARCELA SULAK’s third poetry collection, City of Sky Papers, is forthcoming, as is her first memoir, Mouth Full of Seeds. She’s co-edited Family Resemblance: An Anthology and Exploration of 8 Hybrid Literary Genres. Her fourth book-length poetry translation, Twenty Girls to Envy Me. The Selected Poems of Orit Gidali, was longlisted for the 2017 PEN Award for Poetry in Translation, and her current project has received a 2019 NEA translation fellowship. Sulak is associate professor of Literature at Bar-Ilan University.