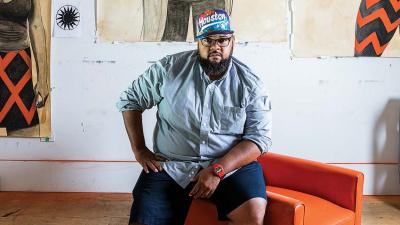 Several years ago, I remember sitting in the Bing Auditorium of the Los Angeles County Museum of Art, when art... 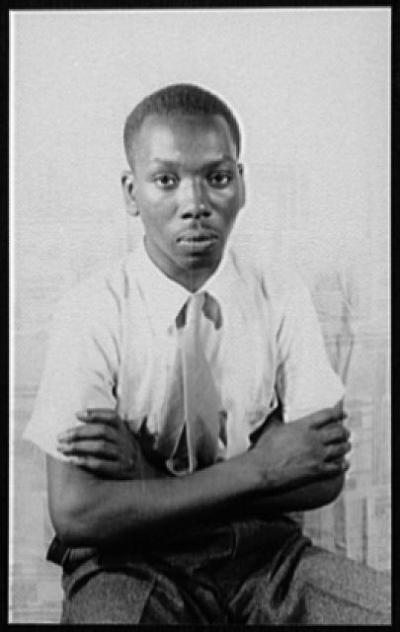 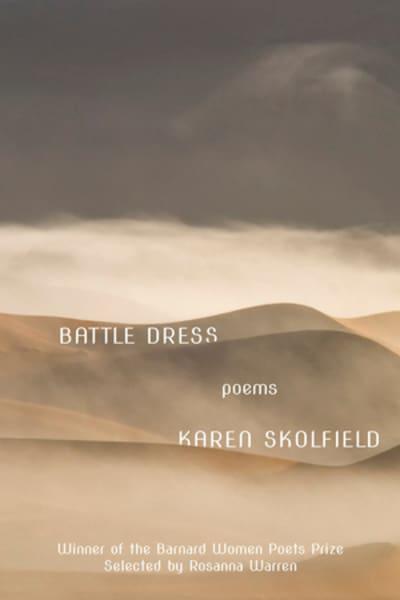 Welcome to the Jones Library, and Amherst, and to this book launch/poetry reading. If you are perhaps a Skolfield-Goeckel, or if you know Karen through ice hockey, or through poetry, or if you have wandered in thinking, “A poetry reading! Maybe there will be wine & cheese,” well,... 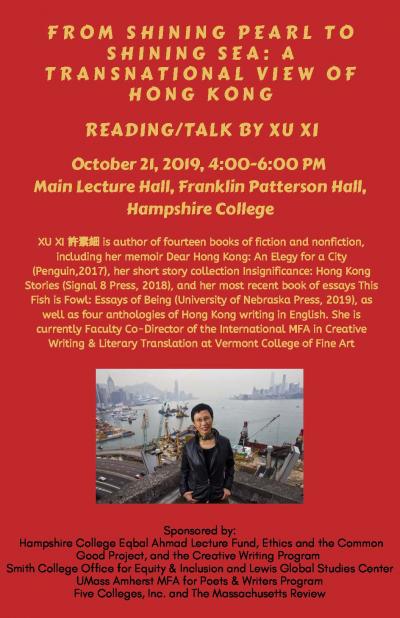 From Shining Pearl to Shining Sea

A Transnational View of Hong Kong

Before I introduce our speaker this evening, I have a lot of thanks to give to those who supported and made this event possible. Thanks to Hampshire College Eqbal Ahmad Endowed Lecture Fund, the Ethics and Common Good Project, and the Creative Writing Program. Thanks to Smith College Office of Equity & Inclusion and the Lewis Global Studies Center. Thanks to the UMass MFA for Poets & Writers Program, Five Colleges, Inc., and The Massachusetts Review. Finally, thanks to my student, Judy Ha, for making the beautiful poster for this event and distributing it to all five campuses!

I’m very excited to welcome writer Xu Xi to Hampshire College and to welcome her back to the Five... 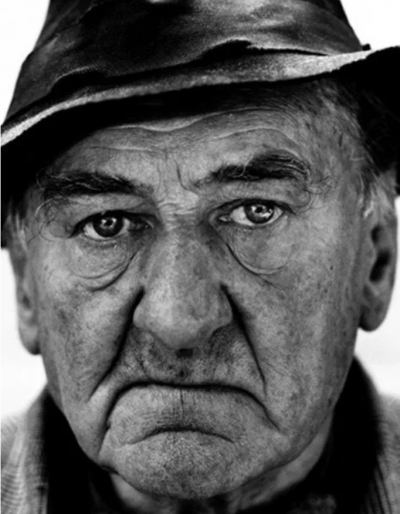 Danilo De Marco is a photographer who still works with film, in black and white, and then goes into the darkroom to develop and print, under the glow of a red light bulb. He says digitalization erases the texture of his images.

One of his recent exhibitions in Udine displayed a collection of the oversized-format faces of aging partisans. Those that reached the age to become grandparents carry history carved into the map of their expressions.

Danilo has me read a letter he got in response to this exhibition, written by a young woman, thirty years old. Her grandfather had been a partisan, but she didn’t manage in time to get the stories directly from him.

Amid the oversized faces in the exhibition hall, she writes, she felt she was among family—a niece who...