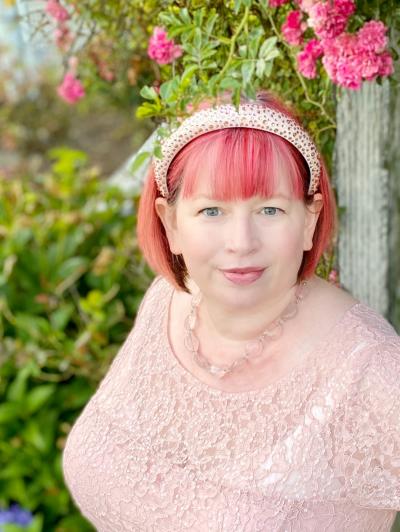 Milkmen returned to their jobs.

Sales of private jets and air purifiers went through the roof.

There were shortages, but they were short-lived:coins, toilet paper, bleach.
—from "Things I Forgot to Tell You about the End of the World," Volume 62, Issue 4 (Winter 2021)

Tell us about one of the first pieces you wrote.
One of the first poems I remember writing was when I was seven years old. We lived near the Oak Ridge National Labs (and my father consulted there) where some nuns just a few years ago were arrested for protesting building nuclear weapons, or the nuclear waste, or just trespassing on the grounds? Something. Anyway, to me it was a very sinister seeming place. I wrote a very clever (I thought) poem about “a boy in a green raincoat”—which was supposed to represent the government—“splashes in an eerie mudpuddle”—which was supposed to represent nuclear waste? I was a very politically aware poet for a seven year old!

What writer(s) or works have influenced the way you write now?
Too many to count, and a lot of them fiction writers. In my childhood, Emily Dickinson, Edna St Vincent Millay, Louis Simpson, E.E. Cummings, and T.S. Eliot. As a college student, H.D., Sylvia Plath, Lucille Clifton, Dorianne Laux, Louise Gluck, Dana Levin, Margaret Atwood. Haruki Murakami, Osamu Dazai and Kelly Link are fiction writers who have had outsized influence on my work as a poet. As a speculative poet, I had to find models in fiction when I couldn’t find them in poetry.

What other professions have you worked in?
I worked for a dozen years as a tech writing and web manager at places like AT&T and Microsoft. I’ve also worked in retail, as an Acquisitions Editor for a technical publisher, as an adjunct professor in an online MFA program, as a lab tech, I worked with children at a Waldorf school, I’ve worked as a receptionist, as a journalist, as a marketing writer writing promotional materials for baseball teams and tourist attractions. I’ve had a lot of jobs, and I’m still ready to try new ones!

What inspired you to write this piece?
I was thinking about an imaginary end of the world, what someone might document, and about this particular point in time, in the second year of what I call “the plague years,” what someone might document. There were small details I didn’t want people to forget, that I didn’t want to forget. I was surprised about what became important, or insane, or just unpredictable about our lives.

Is there any specific music that aids you through the writing or editing process?
Unlike a lot of writers, I listen to music with lyrics—music like Aimee Mann, or Of Monsters and Men 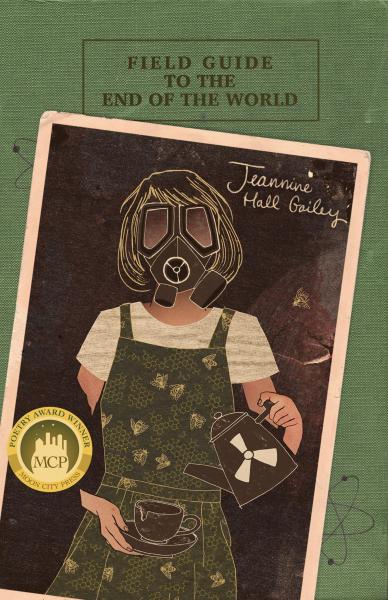 , things you might have on in the background that are just weird enough to feel mildly creatively disruptive. I definitely edit things faster with music on, and the mood of the music probably influences what I write.

Do you have any rituals or traditions that you do in order to write?
I started writing poems on a computer when I was ten, an old TRS-80, and so I’ve been writing on computers for a long time, never long hand. This became extra handy when I developed multiple sclerosis, which had a detrimental effect on my handwriting but hardly touched my typing ability. I sometimes type on typewriters—it’s a better sensory experience for training your nerves to work with MS, so I bought myself an antique one a few years ago. But mainly I’m writing late at night, by myself, on a computer somewhere in the house, usually with a cat or two around and a cup of tea and maybe some pumpkin seeds.

Who typically gets the first read of your work?
Usually either my husband (a pretty good poetry critic,) my mom (who was also a journalism major and has an EdD in Education,) my little brother if I think he’ll find it amusing, or my good poet friend Kelli Agodon.

If you could work in another art form what would it be?
I would love to be a painter or a rock and roll guitarist. I have tried both and am not, sadly, a natural at either.

What are you working on currently?
I’m working on the final edits of my book Fireproof, which is coming out in May 2022 from Alternating Current Press, and two other manuscripts in progress – one about being diagnosed with MS and strange space weather, among other things, and the other about living through the “plague years.”

What are you reading right now?
I just finished the terrific Fake Like Me by Barbara Bourland, which is a 90’s art world retelling of Rebecca by Daphne du Maurier, gothic, funny, sharp, spooky—and I also want to give a shoutout to my friend Jason Mott’s book (which just won the NBA,) Hell of a Book—timely, moving, hilarious. Just finished a wonderful book about women artists in the sixties called The Equivalents by Maggie Doherty—I highly recommend it. Inspirational and also very dishy. As far as poetry, two recent favorites are Louise Gluck’s Winter Recipes from the Collective and Rosebud Ben-Oni’s If This is the Age We End Discovery. I recommend both very highly; very good reads for apocalypse weather.

JEANNINE HALL GAILEY is a poet with MS who served as the second Poet Laureate of Redmond, Washington. She is the author of five books of poetry: Becoming the Villainess, She Returns to the Floating World, Unexplained Fevers, The Robot Scientist’s Daughter, and Field Guide to the End of the World, winner of the Moon City Press Book Prize and the SFPA’s Elgin Award. Her work appeared in such journals as The American Poetry Review, Ploughshares, and Poetry. Find her online at www.webbish6.com, and on Twitter and Instagram.