- By Salar Abdoh and Edward Clifford 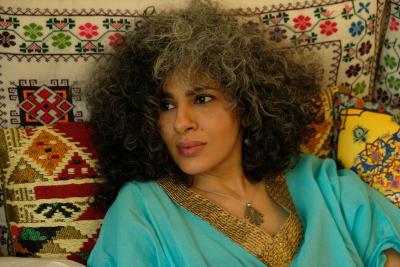 My mother does not know a lot of things, and yet she remembers many things. When I tell her over the phone that I am thinking of learning how to sail a boat, she does not ask how it is that I could do something like this in Tehran, a city far from the sea [...]
—from "Hoor-Al-Azim," by Maryam Haidari, Translated by Salar Abdoh

Tell us about one of the first pieces you wrote.
In 2012 I was traveling north from Beirut to Tripoli. It was the first time I was in Lebanon and I was determined to see my friend up in Tripoli. But ISIS had already crossed over from the Syrian border into the north of Lebanon. My Lebanese friends forbade me to go, saying that if ISIS found out I was Iranian they would surely kill me. I went nevertheless. When people asked where I was from, I said I was an Iraqi. My Arabic accent of southwestern Iran could definitely resemble that of an Iraqi if I wanted it to and no one doubted me. Soon afterwards I wrote about this trip.

What writer(s) or works have influenced the way you write now?
No specific works or writers have influenced me. In a way, everything that I read is an influence. Probably if I had to name one person who has been an influence, it would be the Syria poet, Nouri al-Jarrah. His poetry and his view of the world have certainly had an influence on my own poetry.

What other professions have you worked in?
I’ve been a journalist, editor and travel writer.

What did you want to be when you were young?
I wanted to be a writer since I was very young. Next to that, I always wanted to be a professional player of the oud.

What inspired you to write this piece?
My mother and her sufferings.

Is there any specific music that aids you through the writing or editing process?
The voices of Abdel Halim Hafez from Egypt, Nazem al-Ghazali from Iraq, and Shajarian from Iran. I never listen to music when I write, but I do when I edit.

Do you have any rituals or traditions that you do in order to write?
My hair has to be neatly tied. I must have on smart and comfortable clothes. And a cup of tea or coffee has be next to me, even if I don’t drink it.

Who typically gets the first read of your work?
A close friend who is always waiting for me to send them something.

What are you working on currently?
I’m working on an article about the great classical Arab poet, Al-Mutanabbi, and his visit to Iran, particularly the city of Shiraz.

What are you reading right now?
Arabian Sands by the British explorer, Sir Wilfrid Thesiger, about his journey through the Empty Quarter of the Arabian Peninsula in the 1940’s.

Born in 1984, MARYAM HAIDARI is an Iranian-Arab from the Khuzestan province of Iran. She is the translator into Persian, from Arabic, of noted Arab poets such as Mahmoud Darwish and Sargon Boulus, and also the translator of numerous Persian and Afghan poets, as well as Persian travel writers, into Arabic. She is the author of the collection Bab Muareb (A Door Ajar) and the recipient of the Arab world’s prestigious Ibn Battuta award in travel writing in 2018. Currently she is senior editor at Raseef 22, the premier journal of art, literature, history, and politics out of Beirut. She lives and works in Tehran, Iran.

SALAR ABDOH’s last book was Out of Mesopotamia. He teaches at the City College of the City University of New York.