- By Izet Sarajlić and Jim Hicks 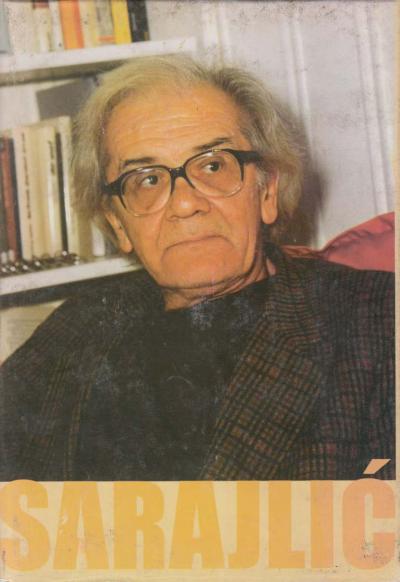 Tonight, driving home from the Mass Review office, I listened to a report on All Things Considered. An expert from the Kroc Institute for International Peace Studies opined on the distinctions between “invasion” and “incursion” and how best to describe what’s happening today in Ukraine. It’s difficult, of course, to keep one’s blood from boiling, or to keep one’s brain from thinking of arguments about angels dancing on pins and needles. Yet in my case, as is today no doubt true of many outside the world’s comfort zones, I also couldn’t help thinking, haven’t we been here before?

Not that I myself have any particular experience of war: there I certainly count myself, for now, among the cozened comfortable. No, my flash of recognition came second-hand, simply because I happen to have met a number of people far less fortunate than me. Among them was the great Bosnian poet, Izet Sarajlić. Years ago now, in part out of sympathy with this saintly soul, and in part from shame that no collection from a poet of this stature had yet been published in my first language, I began, without sufficient linguistic knowledge or aptitude, to translate a selection of the poems from his War Notebook, work that was written while he endured the siege of Sarajevo.

At that time, though, I felt as if this collection, if it were ever to be published in English (and alas, it still hasn’t been), it really ought to begin with a much earlier Sarajlić poem, one written—as so many of his poems were—in response to another writer, and in response to the first war he’d survived, the Second World War. Dedicated to Vasilij Subotin, author of a book called How Wars End, Sarajlić’s poem is titled simply “How War Begins.”

Here, as you’ll see, are words that seem written just yesterday, or perhaps tomorrow, during the darkest hours of the night. Rather than imagine, as others might, what might be happening in smoke-filled rooms, Sarajlić envisions the young soldiers, perhaps Russian conscripts or Ukrainian patriots, sent on their way to the slaughter. And he reminds us of how simply, and how mindlessly, momentous decisions can be made, most often by those who will never see or know their cost. Decisions that, once taken, can never be taken back.

First of all, begun
whenever
war begins unexpectedly. . .

Who even thinks about it?
Just what we need,
to rack our brains
about that!

A poet writes a few innocent
lines,
the Secretary of War dreams of adding to his
résumé,

Aunt Clara rushes to get to
Mass,
The boys are racing ahead,
to Donetsk, to the Tisza,

Pierre is waiting for Lisa by the big park,
Misha is bumping along in the train to Kharkiv,

a daughter asks her father to tell her when
tomorrow becomes yesterday, and yesterday now.

At that moment, a field marshal checks his watch.
He climbs in a tank. That’s how war begins.

Jim Hicks is Executive Editor of the Massachusetts Review