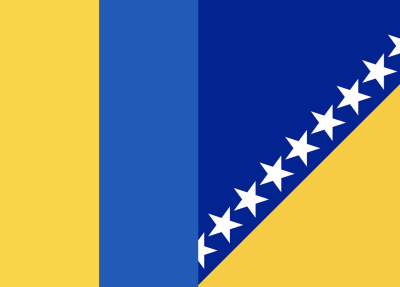 Seemingly, time has passed, but I’m watching it all on TV again. It’s happening somewhere else, but it’s exactly the same. Last week, or 29 years, 11 months and 6 days ago, everyone was absolutely convinced the war would not happen. War? That’s ludicrous. Here? That’s impossible. That’s how you know it’s coming. Peace means the impossibility of war. War is completely impossible, until it isn’t. When they start counting time, this is the moment they’ll try to pinpoint.

When they think back to this time, some may remember how they hugged their children a bit closer, just in case. Some may remember all the things they didn’t say to the people they loved, because they will never get to say them. Some will insist they knew all along, but no one was listening. Those whose youth has now been cut short will remember the best parties ever, loving ardently, fucking furiously, living like there was no tomorrow, because soon there wouldn’t be. They didn’t know that, of course not, they were young, how could they have known anything. But somehow their bodies knew that it was time to live it up, appreciate the peace before it’s gone forever. But you can’t do that. Those who have not known war cannot appreciate peace, and those who have will never again let their guard down. Once war is possible, it is always possible. Peace can only ever be an illusion.

It's been 24 years, 6 months, and 11 days… that’s how long I’ve been an interpreter. Tonight, I’m on standby at the TV studio. The UN Security Council is scheduled to have another meeting, after Russia vetoed the proposed Resolution condemning, no, wait, deploring its aggression against Ukraine. Maybe there will be more statements by US and EU leaders. I might have to go live on air again, say their words, but in our language, so the people here understand.

The people here understand. Words are useless. Soon, stories will start being told in bodies.

8 years, 2 months, and 11 days ago, I was on standby at the TV studio. A foreign correspondent, a kid with an internet connection, was on Skype from Aleppo speaking live on air, in English. My voice was overlaid so that I would say his words in our language, so the people here understand. At one point, he stopped mid-sentence to listen to the incoming fire. I stopped mid-sentence, too. There were no words, but the people here understood. The people here have told me you quickly learn to gauge how far off the shells are by the whistling sound they make. Time had gotten bent out of shape. He was our past. I hoped we were his future.

War has its own time. A lot of it is just waiting.

The UN Security Council meeting keeps getting pushed forward. I knew this would happen. I’ve got my laptop with me while I wait at the studio. I also do written translation. Right now, I’m working on a book of testimony by a man who survived the Srebrenica genocide. I have to write his words in your language, so that you understand.

Ulvija Tanović has been a translator and interpreter in Sarajevo since 1997, working between English and Bosnian/Croatian/Serbian. Her translations include works by Aleksandar Hemon, Dr. Seuss, Mak Dizdar, and Louise Glück. Her interpreting work for television has spanned the gamut from war crimes trials to the Eurovision Song Contest.