The Last Letter in the Alphabet Of Lies 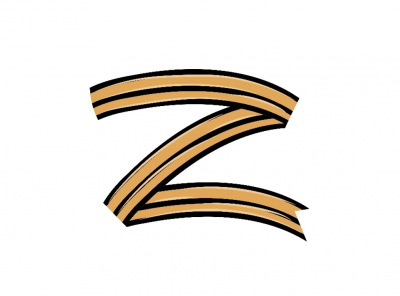 Pure fabrication, interpretation, and lies. Where is the line between these different types of distortion of truth? And how deep have we sunk?

In Russian, there is a word that suggests there is indeed a distinction: the word “vranio” means something between baloney and untruth, it is used to refer to a storyteller who distorts or exaggerates, even creates myths. We like it in Russian culture; it gives colour to life. The word “lies” in the Russian language has a different connotation, with a more active, performative dimension. There is an expression which alludes to this moral aspect: “To live not in accordance to lies”. It was used by dissidents to encourage people to resist State lies and to stand for truth.

Since the first day of the Russian attack on Ukraine, I have had flash-bulb memories from my time in the first Chechen war as an ICRC interpreter. These memories give me a point of reference, allowing me to gauge where we stand within the different levels, or rings, of lies.

I remember watching the news then, on an old brown sofa in the delegation office. Through the window I could see part of the completely destroyed, bomb-flattened Grozny. Simultaneously, I was watching on the TV screen a completely intact “normalized” Grozny—the image that was shown to the common Russian people (who watch the First Channel news en masse). My eyes were flitting back and forth from the screen of the TV to the window outside and my brain slowly analyzed: “Never believe images; always suspect manipulation; never do politics from afar; look for truth.” This is propaganda, the war of information that we have all experienced and seen developing since the Yugoslav wars, with an exponential growth in recent politics with the arrival of fake news. The purpose is to make people believe, and then feed these narratives.

Another Chechen memory: We are in a military base, negotiating an exchange of hostages, and during the negotiation, a helicopter takes off from the field behind us. The noise is so loud that we cannot speak; swirls of dust hide from sight the bags of sand, the fortifications of the military base, with its tents and wires; we are surrounded. When we can resume conversation, the general says, “What war? You speak about the Geneva Conventions and the laws of war. But there is no war here. We are not at war.” All around, I can see the dust raised by the huge military helicopter that left for the frontlines one minute ago, as I watch the man in his military outfit, who looks at us threateningly, repeating slowly: “There is no war here.”

I remember this feeling of danger, as if I was almost dissolving into the dust. This is the threshold into another level of lies. It denies reality, and by doing so, it denies your right to live in reality. This is chilling.

During the current war, Ukrainians are fighting both to defeat the lies (through the war of information) and to defend their right to exist (one of Putin’s justifications for the attack was the claim that Ukraine doesn’t exist historically). For a short time, Russians at home were only contemplating the lie from outside, in the context of the war. But recently, there was a turning point: the lie, like a boomerang, came back to their country. Under the form of a letter, a “Z”, it came back quickly in a new form, ready to divide and kill.

Originally, the letter “Z” was a sign painted in white on the tanks to distinguish the Russian equipment from the Ukrainian—some confusion was possible because of the common Soviet past. Quickly, however, it became a symbol of support for the Russian “special operation”, and then later started to be used as a banner—like the swastika of the Nazis (ironically brandished by those supposedly opposing “the neo-nazis”). Since the law on fake news was enforced in Russia—the first victims of it were sentenced two days ago—a new threshold has been crossed. Teachers who refuse to participate in the state lies and active propaganda are fired, threatened, or choose to quit—the same for journalists. The letter “Z” has become a sign worn on clothes, on hats, exhibited to show people’s consent for and pride in the government. An orchestra conductor wore it demonstratively during a recent concert at the Institute of virtuoso musicians in Moscow. Children hold posters with this letter, or create a “Z” with their bodies in the yards of kindergartens. It has quickly transformed into a weapon to threaten and stigmatize. It is drawn by anonymous groups on the doors of people who are—even silently—against the war or the regime. Even being suspected makes them targets for aggression. Nobody is protected from a “Z” on the door, bringing violence from the street or the State on any individual.

A song created recently and published by Novaya Gazeta through YouTube expresses the love, pain, distress, fear, and rejection of war, from a man in Moscow writing to his brother in Kyiv. (YouTube is among the media outlets now blocked by the State, but some know how to get through; Novaya Gazeta, however, was forced to suspend publication on March 28, 2022.) The last lines echo the new threshold of terror reached with the symbol “Z”: “There is not a single inch of hope, There is no future anymore, Some people came to our house To draw a “Z” on our doors, Now we can only be killed or hurt, Exiled or prisoners of camp, They have used the last letter of the alphabet, And there is no language beyond." When a lie offers the possibility to take sides, interpret and debate, it means we are still in an open society, and diplomacy can be a part of the game. When it starts to kill, dissolve reality, and threaten those who live in it, it is too late for nuance and explanation. We are back to a time in history when pluralism and multilateralism are not possible. We must show resistance, and fight with all our strength against the “Z”.

This essay was originally published in The Geneva Observer.