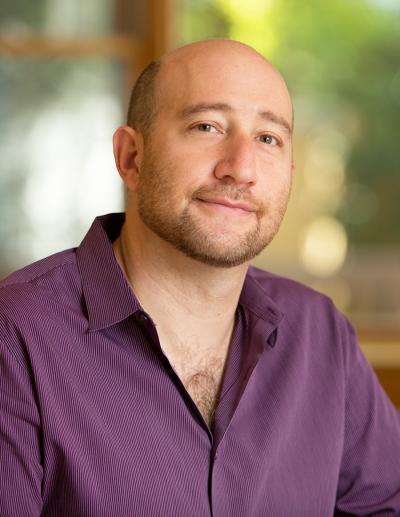 Bay Ridge, Brooklyn, late September 2002. A beautiful fall morning. What was once called an Indian summer, but Jacob is learning to expunge such phrases from his lexicon: Indian summer. Dutch treat, French kiss. Is French kiss okay? Not that it matters; he hasn't French kissed a guy in months.
—from "Simple Past Present Perfect," Volume 63, Issue 1 (Spring 2022)

Tell us about one of the first pieces you wrote.
I always loved to read, but I didn’t really think about being a writer until I was twelve years old and we had a writing contest in our English class: The author of the best short story, judged by our teacher, would get to miss an entire day of school to attend a conference for young writers at a local community college. I was a bookish type who always felt like a bit of a misfit, so I thought that this was my big chance to be surrounded by other people who I imagined would be like me. I wrote my first short story for that contest, a fairy tale, which I worked on for weeks. However, the day it was due, I forgot the story at home. I quickly scribbled a new one to turn in, which unsurprisingly didn’t win. From that moment, I decided that I was going to become a writer to prove that I deserved to win that contest, and that’s how I got started.

What writer(s) or works have influenced the way you write now?
So many. Not long after I lost the contest above, I set about reading as much literature as I could to become a better writer. I started by reading the leather-bound books with gold-stamped spines that were meant to decorate our shelves in our living room. I can’t recall anyone reading them until I did. One of the first books I chose was The Sun Also Rises by Hemingway because I liked the title. From the first page, the voice blew me away. It was so clear, so sharp, so shorn of frippery. I was just a kid and didn’t understand much of the subject matter, but the experience of reading those words—I just didn’t know writing could sound that way. And I wanted to sound that way. Another writer who influenced me profoundly was E. M. Forster. His writing also has that same kind of startling clarity, but incorporates more wit as well as more emotion, and adds a dose of tempered idealism and humanitarianism that feels quite contrary to Hemingway’s more cynical world view. (Though there’s a fair bit of idealism buried in Hemingway’s work too). You can definitely detect Forster’s influence on my story “Simple Past, Present Perfect” both in terms of voice and content. And then over the years, I’ve absorbed so much from many of the greats: Jane Austen, Charles Dickens, Henry James, Edith Wharton, Virginia Woolf, and lately Toni Morrison and Philip Roth. The latter two are all over “Simple Past, Present Perfect” as well, especially in their investigations of identity.

What other professions have you worked in?
I spent two summers as a teenager working in my father’s office as a phlebotomist, meaning I drew blood from patients, who were pretty alarmed to see a young person slipping a needle in their veins. I also did an internship at New Line Cinema, which convinced me that though I love movies, I want nothing to do with making them. I’ve worked in a restaurant, as an assistant to a cookbook writer, taught English as a foreign language (probably not a surprise to anyone reading this story), worked in an art gallery, and worked for a literary agency in New York.

What did you want to be when you were young?
When I was very young, I wanted to be a prophet, I think because I really wanted to talk to God and hear a response. That didn’t pan out. I thought maybe I could be a teacher, and then finally I decided to be a writer. Now I write and teach creative writing at the George Washington University and the Stonecoast MFA Program. I’m not sure if any of the work I do qualifies as prophecy. You’d have to ask my readers and my students!

What inspired you to write this piece?
I was in New York City on 9/11 and I’ve wanted to write about it in fiction for a while. I tried a few times, but the experience always felt too recent. It’s interesting now to think back to the rash of literary books that came out in the aftermath of 9/11 that tried to capture that experience. How are they received now? I don’t know. It’s a live question. In my case, it was actually the experience of living through the pandemic that freed me to write about an earlier time of crisis and gave me enough distance to see it more clearly. Though 9/11 was incredibly traumatic, its immediate aftermath seemed to generate much more unity than we experienced during the Covid pandemic—until the infamous axis of evil speech when George W. Bush used 9/11 as a pretext to invade Iraq. How much goodwill was squandered in that blunder! In a way, though, that shift, from the initial burst of panic, and then the desire to do good and be a better person to our fellow humans, followed by the impossibility of that altruism lasting and the sadly inevitable return to a new, somewhat bitter and suspicious normal, is part of what “Simple Past, Present Perfect” is about.

Is there a city or place, real or imagined, that influences your writing?
Many places influence my writing. Whenever I write, the very first question I ask is when and where does my story take place. New York City on September 10, 2001 was a very different place from the same city on the following day. That firm location in space and time places helpful limits on the story and gives my characters a kind of context that brings them out more sharply. Characters don’t come out very clearly when you set them in air-conditioned colorless vacuums. 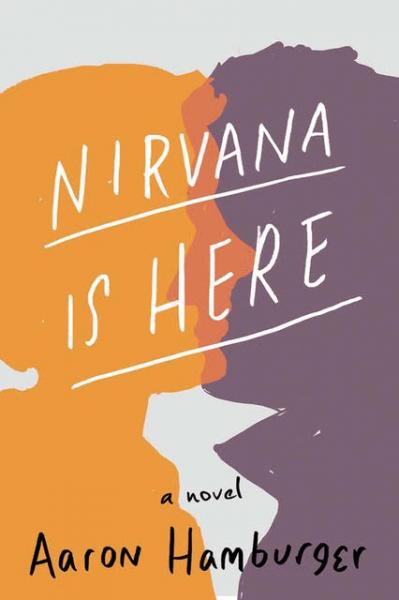 It depends where I am in the process. If I have a blank page to fill with a rough draft, then I need to muster as much courage as I can, and so I try to write badly, sometimes in incomplete sentences, with phrases, or even summaries of what I’m about to write. “Write a scene where Jacob and his mom fight. In bedroom?” Then I go back and find them later and start fleshing them out. Sometimes I’ll read something to give me courage, or I’ll free write in a journal. A helpful prompt I found is “Make a list of 40 things that happened to you this past week.” It’s very freeing, a good way to jumpstart a writing session.

Who typically gets the first read of your work?
The writer Avner Landes (author of a terrific novel Meiselman: the Lean Years) is one of my treasured readers, as is the writer Leslea Newman (poet, fiction writer, children’s author of many classic books). I’m also in a writer’s group that’s been meeting on Zoom before Zoom was cool. They get to see my early drafts, warts and all.

What are you working on currently?
I’ve just finished a new novel called Hotel Cuba, which comes out in summer of 2023. (Mark your calendars!) I’m starting a new novel that I don’t want to say too much about because it’s in the gestation process.

What are you reading right now?
I just finished Maybe It’s Me by Eileen Pollack, a terrific collection of memoir-essays. So funny and wise. I couldn’t put it down. I’m also teaching a class on E. M. Forster, so to prepare I read The Lucy Novels, which are his first drafts of A Room with a View, which I’m also currently rereading. It’s reassuring to see how misguided the first versions were and how far Forster traveled to achieve the finished book, so elegant and brilliant in this seemingly inevitable way. The Lucy Novels show that this achievement wasn’t inevitable at all, the result of much deep thinking and much hard work. Gives me hope.

AARON HAMBURGER is the author of the story collection The View from Stalin’s Head (Rome Prize in Literature) and the novels Faith for Beginners (a Lambda Literary Award nominee), Nirvana Is Here (winner of a Bronze Medal from the Foreword Indie Awards), and Hotel Cuba (forthcoming from HarperCollins). His writing has appeared in the New York Times, The Washington Post, Crazyhorse, Tin House, Subtropics, Poets & Writers, Boulevard, and O, the Oprah Magazine. He has taught writing at Columbia University, the George Washington University and the Stonecoast MFA Program.