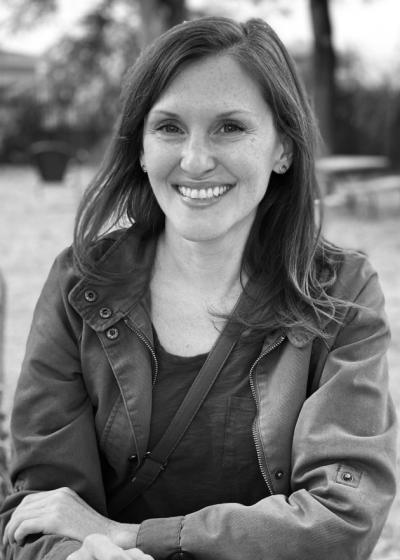 After Sophie's love affairs had all gone sour, her life became a drought. Once full of lust and beauty, Sophie was now faded and dried, like a stalk of corn left too long in the sun. She drifted through the days at the tiny Denver packing and mailing shop where she workd, next to Sloan's Lake. The customers seemed to withhold from her, somehow knowing that she was vacant, lacking; it made them shrink back.
—from "Poison," Volume 63, Issue 1 (Spring 2022)

Tell us about one of the first pieces you wrote.
I wrote a couple of partial novels that I abandoned after thirty pages or so. They were enthusiastic attempts at the glossy “Chick Lit” genre that was popular in the early 2000’s. It was really hard to purge myself of that style in favor of something more authentic. But I still have a lot of love for the genre and I often think about those narratives in the background of what I write now.

What writer(s) or works have influenced the way you write now?
When I started writing fiction, my Dad suggested I read Annie Proulx’s collection Close Range. The stories stuck with me and I found myself trying to emulate the raw and sensory crack of them. A little later on, Aimee Bender’s short stories had a huge impact on my approach, and with “Poison” in particular. I was scouring her website and read that she allows the language to lead and the story to emerge from it organically. This idea struck me and, when I tried it, I felt transformed and euphoric. Currently, I am marveling at the clarity of emotion in Sally Rooney’s work. She could write the story of a man dropping his keys on the sidewalk and I would be riveted by it.

What other professions have you worked in?
After college, I worked in New York City as a temp for fashion companies. I thought by showing up there I would become one of the sleek people I saw in the magazines. That did not materialize and I was relegated to things like taping buttons to card-stock and cutting teensy swatches of fabric ever teensier. After a couple of years, I went back to Colorado and began making art for textiles and graphics. When I started writing more seriously, I thought I should quit design and find a boring job so that I could conserve some of my creative resources. I tried office work and realized that the art and the writing were actually helping each other.

What did you want to be when you were young?
I always wanted to be an artist. I loved drawing and my parents gave me a lot of encouragement. I drew little people wearing high heels and neckties, getting into high-drama situations. In the drawings, I was always thinking of a story, hoping to tell it in pictures.

What inspired you to write this piece?
I was doing some morning writing before work and this very sad character came to mind, Sophie, a version of myself. I wanted deeply to be left alone with my sadness, but I knew the world would not allow it that particular day or any day, really. I just started with that feeling and the story evolved playfully. I wanted to entertain myself, but also discover a resolution for Sophie.

Is there a city or place, real or imagined, that influences your writing?
Colfax Avenue in Denver has inspired me on many occasions with all of its wild and dingy action. “Poison” is set near Sloan’s Lake, which sits just a few blocks back from Colfax. Sloan’s can be pristine and heavenly in the daylight of spring, with the mountains in full view to the west. When it freezes over and the snow clouds obscure the mountains, it turns lonely and dirty-feeling. I liked that about it for Sophie’s world in “Poison.”

Do you have any rituals or traditions that you do in order to write?
I like to have a beverage, preferably coffee. I like to write in a spiral-bound school notebook. I prefer a mechanical pencil with soft lead. I can hear the lead shushing against the paper and it’s a very soothing experience.

If you could work in another art form what would it be?
I always wanted to be a painter. The sensory aspects of painting are so appealing; the brush wet with paint, the color gliding on the canvas, the Bob Rossian magic of making a tree or a mountain with an easy flick of the wrist. I studied painting in college and wanted badly to be good at it. But there is a lack of control inherent in the medium with which I cope poorly. I can be more precise with drawing and writing. Saying this makes me feel as though I should go give it another try and stop being so uptight. I will likely keep trying it. And failing. And trying again.

What are you working on currently?
I finished a first draft of a novel during the pandemic. The story is set in New York City, so I am trying to finagle a trip back to inspire rewrites on the second draft. I am curious to see how the city has changed and hoping that the essential magic remains.

What are you reading right now?
I am mid-way through Shuggie Bain by Douglas Stuart. The writing is so viscerally specific and I am gripped by the vulnerability of the characters. It seems impossible that the book is his debut novel. I have a habit of googling authors I love and digging up every little detail about their lives that I can find. I was inspired to learn that Douglas Stuart designed high-end fashion for many years before he came to write such a gorgeous book. It made me wonder if the story had been percolating inside him all those years.

KATHERINE KOLUPKE lives in Denver, CO. She is currently working on a novel.