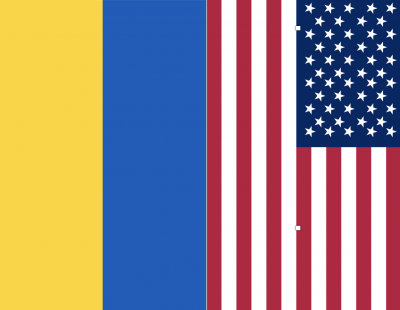 It wasn’t my choice to leave Odesa. My father decided, my mother agreed, and so it happened. In 1976. We were lucky to get out, lucky to avoid the fates of refuseniks and political prisoners in the Gulag, lucky that my father—who lost his job immediately upon applying for an exit visa—did not get arrested for parasitism, lucky that I would be able to live my life in the relative freedom of America. But part of the bargain was leaving forever and letting others contend with the insatiable cannibalism of the Soviet machine.

How do you put into words what it’s like to know you can never go back?

Think of it this way. You know how it is when your friend has been trying to get a hold of you, and you say to yourself, Well, I’ll get back to them tomorrow? There is no tomorrow. Or how, when you notice that your ceiling is chipping, and you need to get the painter over, sometime in the next couple of weeks? There are no next couple of weeks. And how, when your grandmother looks at you with that last look, you sob and tell her, I’ll see you next year, when you get out too? Nope, no next year either. In a few months, you will sit on your bed in your room in your new home, holding a telegram from her sister in your hands, waiting for your father to arrive from work to open it, because it is addressed to him, and all the while you know the finality of the verdict sealed inside.

Then it’s the early ‘90s. The Iron Curtain collapses into a heap of scrap metal, and by a swing of some mystical pendulum, things open up. But it’s been so long, and you have worked so hard, that you tell yourself that home is not yours any more, it’s not inside you, and you just smile and continue.

A couple decades go by and then something cracks, and you admit that the light seeping through is the sun and sky reflecting off your sea, and that the ache in your blood is the soil of the Palais Royal park, just behind the Opera Theater, where Eros and Psyche are wrapped around each other in their eternal kiss. So, albeit with trepidation, you say yes, maybe you can go back, maybe you can once again feel that simple sense of home.

You go to visit Odesa, where it all began, and where it all ended too, and it’s just like you remember thirty-five years ago, and at the same time not at all. A time capsule that’s updated itself while you were gone, but not so much that the light looks, or the air smells, or the dew on your skin feels all that different. And despite yourself you begin to trust, to trust that it has always been there and always will be, and that you don’t have to rush to take it in all at once—that you can stretch it, taste every morsel, roll it on your tongue before you swallow. And even if there is something you miss now, there is always a next time, because suddenly there is tomorrow again, and also a couple weeks, and next year, and the next.

How can you put into words what it’s like to trust again, and then have a hollow man with ashen skin and a messiah complex set his dead eyes on your treasure, the one you never expected to regain, but somehow did? And now he wants it, and if he can’t have it, he’ll raze it, scorch it, make it look like there was never anything there, because he cannot stand not to have his greed fed.

How do you explain the shade of green of your old house, the horseshoe shape of those buildings overlooking the port that welcome you to this city of rippling light? How do you spell out in words the courtyard wrapped inside your school building, where you jumped rope and hopscotched in the squares alongside other girls with bouncing braids? Where, when you last visited, you could still hear the beat of your own racing heart and the echoes of your schoolmates’ voices? How do you speak about chestnuts and acacias in bloom, about the gleaming statue of the defiant Trojan priest Laocoon and his sons, ensnared by snakes as punishment from the gods, about the smooth skin of the Pushkin elm at the end of the Boulevard, about the velvet petals of pansies that city workers are planting even now, as bullets and bombs obliterate neighboring towns—when all this too could become smoking, jagged stone in the flash of a single man’s whim?

Many people have forgotten about the KGB, can no longer hear the agony of ghosts haunting the subterranean torture chambers of #2 Bolshaya Lubyanka Street. Many think that was then, and now is different. But you know, plus ça change. . . How one nation can move toward a pluralistic future while its neighbor is so inextricably tethered to its colonial past—that is still a mystery to me, a Russian-speaking Jew who grew up among ethnic Russians and ethnic Ukrainians in that liminal space of Soviet history, where you neither belonged nor not belonged.

My dad never forgot what the hollow man with dead eyes represented. Or believed that he had changed. I am not sure my father believed that Ukraine had changed, or that Odesa had changed. On the one hand, I wish he could have witnessed the unparalleled audacity of the people of Ukraine today. On the other, the cluster munitions that today rain on Borodyanka and Bucha and Kramatorsk might have killed him, if he hadn’t had the grace to die a decade ago. As much as Odesa haunts me, it haunted him orders of magnitude more; his history there was far longer and deeper than mine.

“Ukraina” means “at the border”—that neither-here-nor-there space that belongs only to itself. The hollow man with dead eyes persists with his delusional occupation. Acts of terror pile up again like dead bodies in a ravine from another war, the one my parents’ and grandparents’ generations survived, the kind we all swore never again to permit.

How do you explain what it’s like to dream in the language of explosions and ash, to wake up to a perfectly ordinary morning, wondering why you are so lucky, why you live in peace, no matter how tenuous? How do you hold in your brain the crumbling of concrete and steel and lives over there together with the red maples unfurling and the screeching of spring peepers here? How do you clench your teeth against the tide of unspeakable acts of human cruelty over there and still survive the immense privilege of being able to not contaminate your children's dreams by speaking of such things here? You survive because you must. You, who have had the good fortune to forget about radical impermanence, are the keeper of the minutiae of personal histories, a designated survivor, obligated to tell these stories.

Because if no one survives, no one remembers.