The Birth of an Author 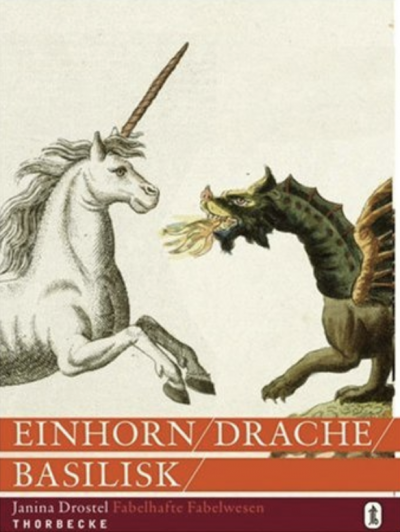 Hank Drossel worked for decades as the travel agent and logistics manager for various arts institutions, especially music ensembles. From a perch at Eastern Airlines, he supported Cold War-era “hearts and minds” tours: avant-garde artists and groups performing American freedom for audiences behind the Iron Curtain. When both the Cold War and Eastern fell to the global domination of finance capitalism, Drossel worked freelance for art collectives, small orchestras, and early music ensembles, overseeing travel arrangements, venue bookings, contract riders, and the packing and transportation of priceless instruments. He often traveled with his clients to make sure that musicians, music, and the means of musical production all got to the right place at the right time. The work took him all over the world, and, on more than one occasion, permitted him to confirm in situ the tomatotopic organizational theories of Georges Perec. It also exacerbated his lifelong insomnia, and so many of his nights in Bhutan or Bucharest were spent in lone nocturnal wandering. Item: Regarding the Basilisk recounts those travels and those sleepless nights, recording what Drossel saw and heard, whom he encountered, documenting the fundamental weirdness of both the small-scale, shoestring international arts world (far from the milling crowds of biennales and famous festivals) and of the nighttime streets of far-flung provincial capitals.

Lest you think, however, that this lets us easily slot this strange book into the overcrowded shelves of contemporary memoir or autofiction, Drossel evinces a profound aversion to the first-person singular pronoun. “I” appears almost exclusively in quotations from his interlocutors. Drossel’s narration of his own movements focuses not on the mover or witness but, instead, on what is witnessed in the moments of movement. His dark flânerie takes in the variegated textures of the night, the way distant street light diffuses differently amid the plane trees of a park in contrast to its drift against the sheer walls of a postwar brutalist housing project. He is an aficionado of the blindingly lit taxi office, phone booth, or café. Night sights sometimes spark associations, whether philosophical, historical, or artistic. The shady influence of Jean du Chas and his Concentrist manifesto will be detected throughout. Graffiti partially obscured by darkness, partially erased, and largely illegible in its ornamentation, reminds Drossel of ceramic fragments on which messages were inked, sometimes as prayers or confessions to be smashed and sometimes as military orders, quartermaster records, or correspondence about a fortification’s conditions.

This book takes its title from his Oulipian homophonic translation (from Latin) of one such fragment that he found in a provincial museum in Dalmatia; the place’s collection was, he says, “spotty.” Often, Drossel (or his narrator) encounters another who plies the late-night streets for one reason or another. He is as fascinated by the work of others as he is fascinating about his own logistical labors. More than once, he meets a prostitute. Lost in Athens, trying to reorient by the garishly lit ruin of the Temple of Olympian Zeus, his conversational interest is confused for commercial interest and he has to draw on Greek roots for the English words he learned late in childhood to find his way out of the awkward situation.

Another time, in London and not lost at all, he chats up a young Polish woman only to be regaled by her cockney pimp. At first, Drossel is sure he is about to be threatened and told off. As it turns out (it often does when an interlocutor senses his innocent curiosity), the tough guy tells a story of how he learned that sound can be deceptive, a meandering tale of how, when he was a long-distance lorry driver, he had ordered breakfast in a crowded transit café and, when the food was ready, heard his name called in a voice of the most ethereal and enchanting beauty, only to look up and find the voice coming from a figure whose ugliness he is at some long, metaphoric pains to elaborate. In both instances, Drossel’s own experience is merely the hook on which he hangs his desire to learn something the women’s lives and situations, the broad movements of history in which they are caught up.

Those broad movements matter to Drossel in part because he was himself picked up and dropped by them. “Hank Drossel,” he admits, is a pen-name, his given name having, as he puts it, both more syllables and, most notably, more consonants. His bookish central European childhood (he is cagey on specifics, though a set piece in which he tracks an urban fox through dark side streets at the edge of Prague – all the while imagining the tryst between a “spectacled violist unaware of her own loveliness” on whom he has a crush and the ensemble’s abusive “Principal Horn” – does suggest a particular familiarity with that city) was interrupted by wars local and global, hot and cold, yet eventually he made his way to New York.

His ferocious auto-didacticism shows through not only when he falls back on Greek roots but also in his proclivity to quote to himself, over and over as he walks, some fragment from the European cultural tradition. Nick Guildford’s introduction to this book (my source for most of the background I have on Drossel; more about the rest below) describes Drossel’s prodigious memory and the way he could quote yards of poetry and drama from Aeschylus to Walcott and beyond. Guildford recalls that when he met Drossel in New Haven, after the failure of Eastern and the triumphant West’s turn from traveling arts as a mode of cultural combat, the old man peddled a highbrow panhandling schtick: Drossel would recite, at lightning speed (as the stage direction requires) Lucky’s monologue from Waiting for Godot.

In spite of his capacity for complete works, though, Drossel prefers the fragment. He is drawn to dislocation as a theme, to the distressed as foci of attention, and these attractions help to explain his reliance on metonymy’s displacement as a key formal means. Metaphor and simile tend to appear in frames of negation: “While I have never actually been pissed on by a drunk, . . .” The fragment, the moment, for Drossel is the most authentic kind of encounter.

Wandering Athens, he recalls, he repeatedly quoted not some tragic speech in its entirety but, instead, Simonides’ brief epitaph to the Spartans; anyone overhearing him, he thinks, might think he was choking, “the opening O xeno, properly pronounced, could be the clearing of a stubborn phlegmy throat.” He recounts an argument with the conductor of one ensemble for which he worked. The conductor, a devotee of avant-garde performance, had no patience with Mahler, but Drossel claimed that the composer’s work had enormous and undeniable value and that this value was best understood by careful attention to the opening notes of the trombone solo in the Third Symphony’s first movement. You could leave all the rest; “those two whole-note Ds,” he writes, “blasted against the thrumming bass and tympani, bring all the chill and incipient angina, all of Alma’s antisemitism and the callous blonde youths on their parade grounds, directly through the listening ear and into where one’s soul should be.” A meditation on the anonymity of hotel bars gets at the homogenization of spaces via the postwar expansion of American hospitality corporations (the planting of Hiltons in the once hostile soil of former war zones): he notes “a golden leaf suspended just above the shadowed cleavage” of a woman with whom he spends long late-night hours in shared silence, broken only by “Muzak versions of the songs that had played on the radio when either of us was still susceptible to the charms that either of us might offer the other.”

For all his dedication to the fragment, Drossel’s syntax itself is sinuous and synthetic. He is drawn to the compound-complex sentence, to the embedded parenthetical (and sometimes a parenthetical within the parenthetical). His prose is composed first and foremost of rhythm, almost as if sense is a secondary concern. This does not make his sentences nonsensical. On the contrary, the twists and turns of Drossel’s phrases enable him to loop back on himself in fascinating ways. When he briefly loses the fox in a garden allotment in an outer district of Prague, he recalls an old Czech tale about a fox that insinuated itself into the affections of a young woman and imagines his beloved “spectacled violist” at that moment welcoming the foxy-whiskered Principal Horn into her bed. A couple of nights and several long sentences later, coming upon a dead fox that might or might not be the one he had followed, he registers the sudden absence of the Principal Horn, after the opportunity taken to comfort the violist. A subtle suggestion of responsibility arises from the relations among clauses. Might our narrator have gotten up to something shady? It’s impossible to know.

The writing gathered here covers over three decades, from Drossel’s early work in the 1960s to the last things he wrote before his disappearance at the dawn of this century. I met the author a few times, when both of us were living in New Haven. He was a fixture in the Book Trader coffee shop, and he struck up a conversation after he saw me reading Iain Sinclair’s Lud Heat. Drossel believed in ley lines and the tenets of psychogeography. He had, he told me, been one not only acquainted with the night but also drawn to explore the pathways of telluric energy that one feels when cities sleep. He complained that walking out at night these days would get you dragged into the cop shop. American cities had no tolerance for lone nocturnal wandering.

The last time I saw him, shortly before he disappeared, we talked of war in the former Yugoslavia. Drossel had recently returned from Sarajevo, where he had helped out with a puppet troupe committed to bringing its art to such recently ravaged areas (he knew the place well from previous work there), and he commented on how groups of young men played shooter video games as if they were preparing for the next time. His words echoed for me a few years later when, checking my email in a Sarajevo internet café, I heard young men shouting to one another as they played a multi-player online urban warfare game. The old guy had an eye, an ear, for the telling shard.