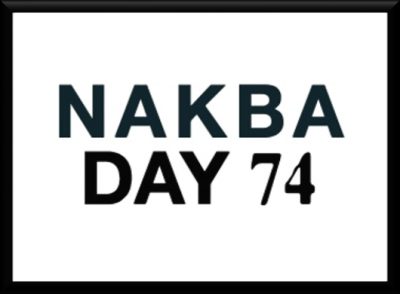 Today I am beyond outraged and I can’t breathe. Palestinians the world over are weeping and mourning the loss of Palestinian-American journalist Shireen Abu Akleh. Her brutal murder by Israeli Defense Forces, with a bullet to the face while clearly wearing a PRESS vest, shook me to the core. Dedicating her life to reporting the truth and exposing the horrors of the ongoing Israeli occupation, Shireen represents the best Palestine and humanity has ever produced. But outrage and heartache do not come close to describing what I am feeling right now for what my brothers and sisters in Palestine have been through—and the daily systemic abuse and suffering they continue to endure—at the hands of the evil apartheid regime in Israel.

What happened this past week—the inhumane assassination of journalist Shireen Abu Akleh, the threat of expulsion faced by over a thousand Palestinians after the Israeli High Court approved the razing of several villages in Masafer Yatta in the Hebron Hills, the attacks on worshipers at the Al-Aqsa Mosque that injured hundreds, and the bombardment of Gaza—is only the latest in a series crimes against humanity that Israel has committed since its inception. The ensuing uproar—and rightful outcry—over these crimes reflects pent-up rage against apartheid, racism, persecution, deadly force, occupation, and inaction on the part of the US and the international community to hold Israel accountable for its violations of international and human rights laws.

Amnesty International, Human Rights Watch, B’tselem, Israel’s oldest human rights organization, the UN Special Rapporteur on Human Rights, and others have declared, what Palestinian human rights organizations have been saying for decades, that Israel is an apartheid state. So why hasn’t America shown Palestinians the same empathy, compassion, support, and resolve that it has shown our brothers and sisters in Ukraine during their struggle to end the illegal occupation of their lands?

Seventy four years ago this Sunday, the Jewish state of Israel was established and the Palestinian state of despair and homelessness began. Palestinians refer to this day as “al-Nakba,” the catastrophe that resulted in the ethnic cleansing of nearly 750,000 natives and the destruction of more than 500 Palestinian villages and towns. May 15, 1948 is a date forever etched in the collective memory of every Palestinian. No one can forget what happened in the run up to that fateful day. During that time, the world witnessed one of the largest forced migrations in modern history. Today, Israel’s founding strategy of the forcible removal of the indigenous population continues. For decades Palestinians have been prevented from exercising their rights to freedom and self-determination; for decades they have endured horrific conditions of apartheid and brutal military occupation; and after decades, the hope of recovering even a small portion of their historic homeland has slipped away. And Palestinians know that the worst is yet to come.

I am very troubled by the fact that many fellow progressives, who speak up against the Russian occupation of Ukraine and other injustices the world over, continue their tradition of deafening silence when it comes to Israel.

The Nakba did not end in 1948; it continues to impact Palestinians daily everywhere. Al-Nakba Day 74 serves as an important reminder that until there is an end to the occupation, until Palestinians get justice, freedom, and equal rights, and until Israel adheres to international law, there can be no hope for peace. We're not going away.

Michel Moushabeck is the founder, publisher, and editor of Northampton-based Interlink Publishing. Among their many Palestinian authors, a few recommendations: Daphna Levit, Wrestling with Zionism: Jewish Voices of Dissent, Samia Nimr, Wonderous Journeys in Strange Lands, Mahmood Darwish, I Don’t Want This Poem to End, Wasif Jawhariyyeh, The Storyteller of Jerusalem, and Nora Lester Murad, Ida in the Middle.