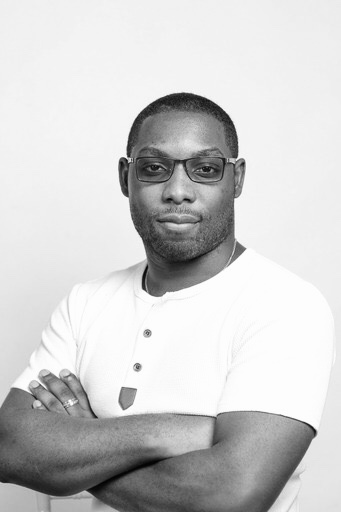 “It is the usual disposition of corners, to be polyvocal, and so, between the voices of future morbidities and past registers, I contribute my current grammar to the orchestra of echoes.”
—from “In This Small Place,” Volume 63, Issue 2 (Summer 2022)

Tell us about one of the first pieces you wrote.
I must have been around 11 or 12 when I wrote a poem about PawPaw. It was the first time I remember actually constructing a poem line by line. I entered it into a children’s poetry competition that was hosted by the national library and surprisingly won. I actually still have the book I won, it’s called Poetry Speaks to Children and has poems by Rita Dove, Robert Frost, and Langston Hughes to name a few, accompanied by some really spectacular graphic images.

What writer(s) or works have influenced the way you write now?
This is such a hard question! Quite a few writers influence the way I write, especially since I find myself crossing genres so often. My love for poetry started with the work of Maya Angelou, but in terms of writing poetry and getting a feel for how magic can be made from language, I always turn to Dionne Brand’s work. I think I’ve read and listened to her poetry collection Ossuaries over 100 times. Grace Nichols’ collection I is a Long Memoried Woman and Derek Walcott’s The Bounty are collections I always run back to. I’m in love with the work of Marlon James, Kei Miller, Zadie Smith, Earl Lovelace, Ocean Vuong, Ernest Hemingway, Shani Mootoo, Monique Roffey, Joan Didion. More recently, two books that directly influenced the way I think and write are What Noise Against the Cane by Desiree C Bailey and How to Go Mad Without Losing Your Mind by La Marr Jurelle Bruce.

What other professions have you worked in?
I’ve worked as an intern in The Ministry of Foreign affairs and in HR and Compliance at our International Airport. I also had a short stint as a library assistant and worked as a Postgraduate Admissions Assistant. Currently, I tutor part-time at the University of the West Indies.

What did you want to be when you were young?
I remember wanting to be a photojournalist, but I only ever saw them with cameras running after something, a politician or an athlete, or outside of a school, I just saw them running all the time. Obviously, I had very little context to aid my decision but I eventually said to myself I don’t think I’ll be very good at that. At some point, I wanted to become a lawyer as well but that dream fizzled out.

What inspired you to write this piece?
“In this Small Place” came from a series of ‘I’ poems that I was writing which really focused on place, memory and belonging. I can’t place my finger on what was said, but I remembered seeing a tweet where a fellow Trinidadian insinuated that our island was just too small for them, they felt as though they could hardly hear themselves talk without being intercepted by another voice. The majority of the tweet alluded to the need for migration, the need to leave in order to align themselves and by extension ourselves. I didn’t agree with that, but I wanted to unpack the notion of this place being small and how a lot of the voices that intercept me are just echoes of my own memory, fragments of my own life in this small space, not necessarily external voices. Migration is great for a lot of things, it may even be necessary, but it won’t get rid of the voices I think (both internal and external), and I blame memory for that. I think it’s critical to understand how much of being and belonging is involved not necessarily in the given space and place, but how we manage our memory and make space for ourselves wherever we are. However we go about conducting the making of memory, the process is a scaffolding, not an expunging, at least never intentionally. This was the premise of that inspired the poem.

Is there a city or place, real or imagined, that influences your writing?
The Northern Range in Trinidad is a place that currently rents space in my mind. Quite a bit of my writing, both poetry and prose is influenced by the natural environment, and I’m currently working on something that takes place in and around those tall hills across the north of Trinidad. There’s a photo of the Northern Range as seen from Caroni on Google, it’s the most beautiful thing.

Is there any specific music that aids you through the writing or editing process?
It depends on my mood really. If I’m working on something over an extended period of time, I’ll put on an album. The Hissing of Summer Lawns or Chalk Mark in a Rainstorm by Joni Mitchell, The Velvet Rope or Rhythm Nation by Janet Jackson, The Gilded Collection or Frenzy by David Rudder, Ventriloquism by Meshell Ndegeocello and Songs in the Key of Life by Stevie Wonder just to name a few. Cleo Sol’s latest album Mother has been on replay lately.

If you could work in another art form what would it be?
I would have loved to be a musician! Only if I could learn to play the piano and sing. My sister is a really good singer though so I may have to live through her.

What are you working on currently?
I’m still working through a series of ‘I’ poems as well as some short stories and (whispers) something that looks very similar to a novel in progress. I’m always haphazardly working on something.

What are you reading right now?
I tend to read two or three books simultaneously, switching between chapters and going through a poetry collection on the side. Right now, I’m reading The Love Songs of W.E.B Du Bois by Honoree Fanonne Jeffers and the collection of poems Louise Gluck 1962-2012. They’re both very huge books but such an expansive and rewarding experience.

AKHIM ALEXIS is a writer from Trinidad and Tobago who holds an MA in Literatures in English from the University of the West Indies, St. Augustine. He is the winner of the Brooklyn Caribbean Lit Fest Elizabeth Nunez Award for Writers in the Caribbean. He was also a finalist for the Barry Hannah Prize in Fiction and the Johnson and Amoy Achong Caribbean Writers Prize. His work has appeared or is forthcoming in The Rumpus, The McNeese Review, Transition Magazine, Chestnut Review, Juked, Obsidian: Literature and Arts in the African Diaspora, Gordon Square Review, Welter, No Contact, JMWW, Moko Magazine, The Caribbean Writer, and elsewhere.