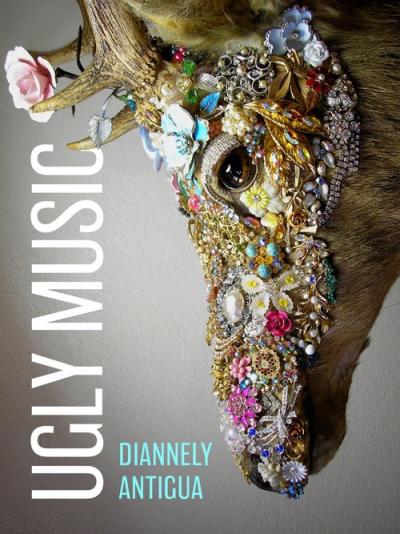 "It was the summer of loss spanning the exact distance
my disease could reach—the degrees of longitude
and latitude, lonely numbers like decorations
for a forgotten graduation party in a church basement."
—from "Diary Entry #5: Self-Portrait as Revelations

Tell us about one of the first pieces you wrote.
One of the first poems I ever wrote was about a boy (of course). I was 11 years old. The poem was full of clichés like “hitting the dusty trail” and “setting sail.” It was essentially a goodbye poem to a boy I still liked but because of the religious rules placed upon me, we couldn’t be together. Very dramatic, very sad. Very me.

What writer(s) or works have influenced the way you write now?
Some poets and writers whose work has been influential to my own would include Sharon Olds (my fairy godmother in poetry), Ada Limón, Catherine Barnett, Melissa Broder, Melissa Febos, as well as the queens of sad Anne Sexton and Sylvia Plath.

What other professions have you worked in?
Since undergrad, I’ve worked a variety of jobs—sales associate at the mall, academic advisor, high school substitute teacher, server—and now I work at a ballroom dance studio and as Poet Laureate of Portsmouth, NH. I’ve built a weird little life for myself that is at times as painfully still as it is ever-changing.

What did you want to be when you were young?
I wanted to be (and still do!) a Broadway star, a singer/actor. As a kid, I would make my whole family watch me perform interpretative dance routines in the living room to songs by the Backstreet Boys, Spice Girls, or Esteban. I was drawn to how lost I could get, letting each note take over, wash over me.

What inspired you to write this piece?
Two of my poems appear in Massachusetts Review: "Diary Entry #5: Self-Portrait as Revelations" and "A Hundred and Then None." Both of these poems were inspired by trauma (of course). I don’t know how to write about anything else. “Diary Entry #5: Self-Portrait as Revelations” is a collage poem using words collected from one of my old journals, the 5th one to be exact. The Diary Entry series is one that I’ve been working on since 2016. This particular poem was my way in which to tell the story of my strict religious upbringing using the constraints of the Diary Entry poems, as well as those of the pantoum form. The repetition and reinvention of the lines in the pantoum mirrored the cyclical pattern of abuse during my years in the church.

“A Hundred and Then None” was my attempt at reckoning with different types of love, some more dangerous than others—the stepfather, the mother, the beloved, and the self. In the aftermath of these encounters, what does it mean to “hold three pills in my palm/where I once held more than a hundred and then none at all”? I’m still trying to figure out what love truly looks like.

Is there a city or place, real or imagined, that influences your writing?
New York has a hold on me like no other. When writing poems, I relish sprinkling in the name of a familiar street or landmark. I haven’t seen the city in a year, and I long for it as one would a lover.

Do you have any rituals or traditions that you do in order to write?
Poems often come to me from the notes I write in my phone. Most of them are mundane observations as I’ve gone about my day. That’s what good poems are made of—actual life. When I sit down to write, I sift through all these observations and choose one. I let it take me where it wants me to go.

If you could work in another art form what would it be?
Since I’ve started my job at the ballroom studio, I’ve been surprised at how I don’t dread going to work. As someone with mental illness, jobs can either make me or break me; and more often than not, I’ve been broken by them. I don’t feel broken when I watch our students learn how to dance a foxtrot or a rumba. I feel rejuvenated.

What are you working on currently?
I’m currently working on putting together my second poetry collection. Getting a manuscript ready to submit to publishers is quite the labor. I don’t recommend it. But that doesn’t stop me from doing it.

What are you reading right now?
I’m currently reading Ada Limón’s newest poetry collection The Hurting Kind, and in preparation for writing a memoir in the near future, Finding Me by Viola Davis is waiting for me on my coffee table.

DIANNELY ANTIGUA is a Dominican American poet and educator born and raised in Massachusetts. Her debut collection Ugly Music (YesYes Books) was the winner of the Pamet River Prize and a 2020 Whiting Award. She recieved her MFA at NYU and is the recipient of fellowships from Canto-Mundo, Community of Writers, and the Fine Arts Work Center Summer Program. Her poems can be found in Poetry, The American Poetry Review, Washington Square review, and elsewhere.