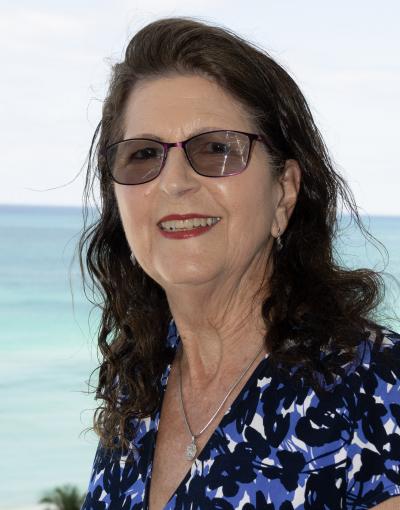 “Denon’s mew position will turn out to be eminently strategic. When he writes to Isabelle that everyone was pleased with his appointment, he is being ironic. On the other hand, what he is quite right about is that it’s going to keep him busy constantly. An exhausting job.”
—from “The Masked Baron’s Louvre” by Philippe Sollers, Translated by Armine Kotin Mortimer, Volume 63, Issue 2 (Summer 2022)

Tell us about one of the first pieces you translated.
In the most ancient pre-history of my career as a translator, I did my first-ever rendition into English on a group of sixteenth-century comic tales written by Philippe de Vigneulles. Rather obscure, isn’t it? But I was asked to do the translations to accompany an article I had submitted, which grew out of my doctoral dissertation.

My current translation work began with Philippe Sollers’s Mysterious Mozart. I was becoming more and more involved in studying the work of this brilliant, important, and controversial French author, and I regretted that very few of his novels and essays had appeared in English. My thinking was that no one could turn down a free-wheeling essay about Mozart that could only be described as unlike any other books about Mozart, and I was right. The University of Illinois Press published that translation. But it took me a couple of iterations before I was satisfied with my work, and I came to realize, through that process, that I was developing a philosophy of translation. That philosophy has stayed with me and grown with later projects.

What writer(s) or works have influenced the way you write now?
There isn’t a single outstanding author I can name. But my reading pleasures—and therefore the influences that have stayed with me—range over nineteenth, twentieth, and twenty-first century writes. I’ve written a lot, including a book, on Honoré de Balzac, famous nineteenth-century realist author, but I also have a great penchant for several contemporary French writers whom I admire for breaking out of molds—some would say overturning the Balzacian model, though I wouldn’t agree.

One of these contemporary authors was Serge Doubrovsky, the one who coined the term “autofiction.” After Doubrovsky, that term—and the notion that you can tell your own story and call it a novel—became the dominant fictional genre in France. Other authors who influence me include Philippe Forest, Christine Angot, Julia Kristeva, Catherine Cusset, and Philippe Sollers. Those are all French writers, but the fact is my reading in the last two or three years has been heavily invested in current writing in English, which has probably influenced my focus as I translate.

What did you want to be when you were young?
For some time, a chemist. All my high school teachers were excellent, but Mme Z, our French teacher, taught me more French in two years than a lot of four-year French majors learn in college. Then I spent my senior year in high school in a small town in northeastern France and became totally fluent in French. Went to college the next year, majored in French with the terrific advantage of that year in France, eventually continued until I became a professor of French literature. And that was the goal.

What drew you to write a translation of this piece in particular?
I have already published translations of two books by Philippe Sollers—Mysterious Mozart and Casanova the Irresistible. This piece published in The Massachusetts Review is most of a chapter from Vivant Denon, The Knight of the Louvre, a book by Sollers that complements those earlier two. Like Mozart and Casanova, Dominique Vivant Denon is figure from the French Enlightenment whose life Sollers exposes in his inimitable manner: it’s a quirky biography that highlights the features of Denon’s life that particularly speak to Sollers, with his championing of individual values and freedoms. I’m hoping this excerpt will make a publisher realize the entire book should be published for an English-language readership!

Is there any specific music that aids you through the writing or editing process?
I am one of those (few?) people who cannot have any background sounds when I’m writing, translating, editing, even reading. If there is music, I’m listening to it, and not to the music of the writing. There is no way.

Do you have any rituals or traditions that you do in order to write?
Not really, except that I always go to my Dell laptop because I love the touch of the keyboard. I do write directly on the computer. With handwriting, I quickly get a pain in my hands, and my writing isn’t very legible, either. And as I said, it’s better if the room is quiet.

Who typically gets the first read of your work?
I do sometimes ask my husband (a very good reader, though with no particular literary training), and also my daughter (former English major), but where I go for critiques is my writers’ group, the Writers’ Café at the Osher Lifelong Learning Institute at the University of Illinois. I garner good suggestions and objections along with praise and admiration for my skill as a translator—what a good combination! 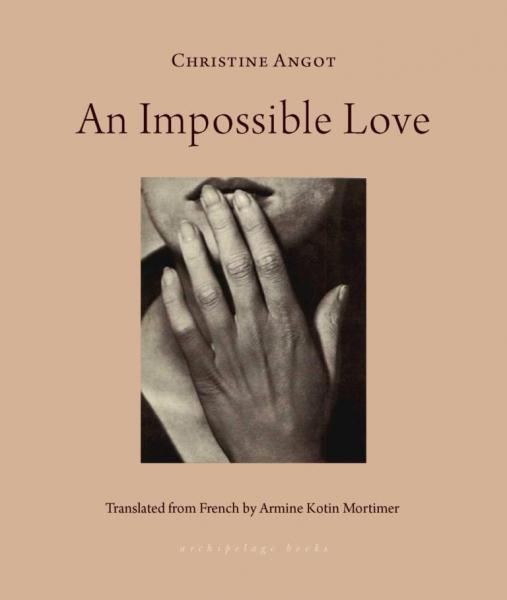 I could be a better musician. Violinist.

What are you working on currently?
A remarkable, prize-winning novel by Philippe Forest, L’Enfant éternel, a lyrical telling of the illness and death of his four-year-old daughter Pauline. This book is so good, I couldn’t stop at a translation sample, so I have translated the whole thing and am looking for a publisher. I have titled it The Eternal Child.

I’m also hoping to continue working on Christine Angot’s amazing Le Voyage dans l’Est—The Trip to the East of France, a continuation and completion of her story of incest told most recently in An Impossible Love, which I translated (Archipelago). The Trip to the East of France is unprecedented in its detailed account of Christine’s feelings through several years of being raped by her father.

ARMINE KOTIN MORTIMER, translator and retired professor of French literature, holds the rank of Chevalier dans l’ordre des Palmes académiques, an honor awarded in recognition of her distinguished work on behalf of French culture. She has a PhD from Yale and is the author of numerous scholarly publications, including eighteen articles on Sollers as well as a book in French on Sollers’s Paradis. She has published translations of four French books, The Enchanted Clock by Julia Kristeva, Mysterious Mozart and Casanova the Irresistible by Sollers, and An Impossible Love by Christine Angot, as well as about 128,000 words on and by Kristeva in a book on her work published in 2020. Excerpts from eighteen other literary translations have appeared in literary magazines including 3:AM Magazine, The Brooklyn Rail, Asymptote, Lunch Ticket, LIT Magazine, Delos, and AGNI. For 2020, she obtained the National Endowment for the Arts Fellowship in Translation for the translation of Catherine Cusset’s novel, Un brillant avenir.