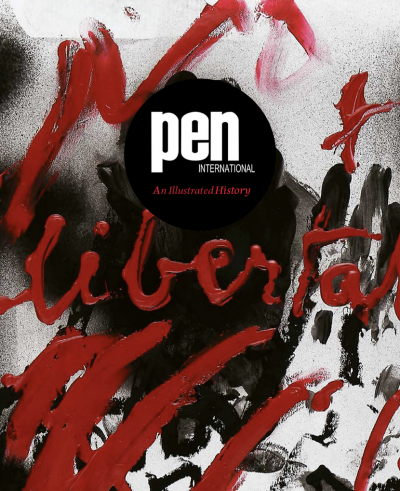 At Interlink Publishing, my staff and I were shocked, devastated, and heartbroken to hear about the attack on Salman Rushdie and his interviewer on August 12th. Rushdie, a fellow member of PEN and past president of PEN America, has always been a fierce advocate for freedom of expression as we know all too well from his literary works and numerous speeches on the subject. Reese, his interviewer, is a longtime bookseller. We condemn this brutal attack and wish them a quick recovery and healing from this dreadful incident.

While this was a religiously motivated attack with unique circumstances, it is impossible to look at what happened without thinking about the numerous other incidents taking place around the world in order to silence writers, journalists, and human rights advocates. The imprisonment of Julian Assange, Israel’s assassination of Palestinian writer Ghassan Kanafani and the recent murder of Palestinian-American journalist Shireen Abu Akleh by an Israeli sniper, Egypt’s sentencing of British-Egyptian human rights advocate Alaa Abdel-Fattah, are but a few examples of the injustices and methods states have employed to silence free speech.

Today, books are being banned; authors, publishers, booksellers, and librarians are being threatened; school teachers are being harassed and are losing their jobs for refusing to remove books from their classrooms; and civil society organizations are being shut down—like the seven Palestinian human rights organizations that were raided and welded shut this past week by the Israeli apartheid state to stop them from exposing human rights violations and crimes against humanity.

For more than thirty-five years, Interlink has defended freedom of speech, freedom to write, freedom to publish, and freedom of the press. Bringing readers great literature from around the world, supporting and amplifying marginalized voices, and publishing books that challenge the norm, enhance critical thinking, and encourage informed debate have been critical ingredients of our mission from day one.

This year PEN AMERICA is celebrating its 100th anniversary. Interlink is proud to be the publisher of PEN: An Illustrated History, a lavishly illustrated and beautifully designed volume that tells the extraordinary story of how PEN has placed the celebration of literature and the defense of free speech at the center of humanity’s struggle against repression. The book takes the reader through the key moments of PEN’s history over the last 100 years, in 320 pages and more than 500 pictures, letters, documents, posters, and maps. From opposing book-burning and the persecution of writers in Nazi Germany, to supporting imprisoned writers across the world today, PEN has worked to safeguard against all kinds of censorship and self-censorship.

In today’s fractured world it is more important than ever that writers, like Salman Rushdie and Ghassan Kanafani, journalists like Julian Assange and Shireen Abu Akleh, and human rights advocates like Alaa Abdel-Fattah not have to sacrifice their lives for their writing, for reporting the truth, or for simply making their voices heard.

Michel Moushabeck is founder, editor, and publisher at Interlink Books.