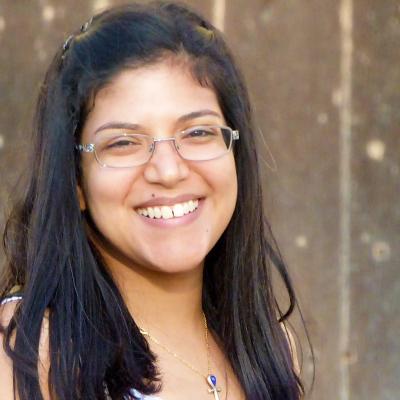 Tell us about one of the first pieces you translated.
I probably first attempted to translate poetry around the age of 15, when I was in high school. I fell under the spell of Mahmoud Darwish’s poetry, how the existential meets the sublime in his writings and how he reads both as a Palestinian and international poet. So I tried to translate parts of his Mural (Jidārīyah) into English. A few years later, influenced by the Egyptian Revolution of 2011 and its aftermath, I tried to translate Audre Lorde’s “A Litany for Survival” into Arabic. Of course, if I am to look at those very early attempts now, I’d think they’re laughable, but they definitely informed many of my later educational and career choices. I think that such passion-driven, and at times immature, engagements with texts, this process of trial and error, is all part of becoming a literary translator. As a matter of fact, I recently revisited Lorde’s “A Litany for Survival” and translated it for Jadaliyya. I also have a translation of Mahmoud Darwish forthcoming in Poetry London (Summer 2023).

What writer(s) or works have influenced the way you write now?
I think Mohamed Enani’s Arabic translations of Shakespeare; James E. Montgomery’s translations of Antarah ibn Shaddad and Al-Khansa’; Pickthall’s and Arberry’s translations of the Quran; and the poetry of T. S. Eliot, Safia Elhillo, and Mahmoud Darwish have had the biggest influence on me, especially stylistically. More recently, I had the pleasure of being mentored by Sawad Hussain and Nariman Youssef at the National Centre for Writing (UK) and the British Centre of Literary Translation (UK) respectively. This has further helped me look at my own translations through intersectional lenses of analyses, especially as related to gender, race, and decolonization.

What other professions have you worked in?
It is not a separate profession per se, but before moving to the U.K. and becoming a full-time freelance translator, I used to be a graduate teaching assistant at the School of Languages and Translation Studies at October 6 University in Egypt.

What did you want to be when you were young?
I always knew I wanted to do something that is language-related, even before finding out that it is actually possible to earn a living from translation. Although I was born in Egypt (an Arabic-speaking country), I had a private schooling that was predominantly in English, with some Arabic and French. So, I’d be speaking English all day at school, then come back home and speak Egyptian Colloquial Arabic with my parents. I also studied Old and Classical Arabic poetry at school, where I had to memorize the highly-complex poems of Imru’ al-Qais, Antarah ibn Shaddad, Al-Khansa' (my translation of whom appears in Consequence), Al-Mutannabi and the likes at a very young age. (This is characteristic of school education not only in Egypt but also in other Arab countries.)

Although I did not necessarily grasp the full meaning of those texts at the time, they helped shape my sense of the Arabic language and its musicality. It also used to make me wonder, How can we say this in English? Would the meaning still be the same? What about the rhythm and musicality, is it even possible to preserve them at all?, etc. And so I often found myself underlining words or phrases and attempting to translate them in the margins. I suppose this linguistic or intellectual engagement was just a natural response to being raised in a bilingual environment.

What drew you to write a translation of this piece in particular?
Al-Ma‘arri (c. 973—1057) was a prolific blind and vegan Arab poet and philosopher who is still as controversial now as he was almost a millennium ago. Due to his views on Islam, veganism, and anti-natalism, many of his contemporaries not only shunned him, but also went as far as to call him a heretic, an infidel, and a Brahmin. Centuries later, al-Ma‘arri is still misunderstood and heavily criticized by many Arab and Muslim scholars for the same reasons. In 2013, two years after the start of the Syrian civil war, a bronze statue of al-Ma‘arri that used to sit near the central museum of Ma‘arat al-Nu‘man, al-Ma‘arri’s birthplace, was sprayed with bullets before being ‘decapitated’ by militants from the al-Qaeda-affiliated al-Nusra front. You just cannot help but wonder what al-Ma‘arri would have thought of it all. Revisiting his writings through translation gives us this opportunity.

Is there a city or place, real or imagined, that influences your writing?
There might not be one particular place that I can think of, but I often find that the text at hand, or its register to be more precise, is what influences where I want to work. For instance, I prefer to sit in an open green space, like a park, when I am working on a modern or contemporary piece. But if I am translating a premodern text, I feel more inspired if I am working in a historical building. I suppose I am lucky to have many listed coffeehouses and tearooms where I live.

Is there any specific music that aids you through the writing or editing process?
I'd rather like to listen to the text itself: its inherent rhythm, musicality, and silences. Only when I let myself be completely immersed in the text that I can relay its true voice in translation. Otherwise, I sometimes listen to classical music—I particularly like Baroque. I also like to keep up-to-date with the underground dissident music scene in the Arab world.

Who typically gets the first read of your work?
I usually take a break away from the text before revisiting it later with fresh eyes. Sometimes this takes a few days, sometimes a few weeks. But this critical distance is indispensable to the editing process without a shadow of a doubt. Yet, if I really need a second pair of eyes, I resort to my husband. Being a native British non-Arabic speaker, I know that he’ll always judge the translation in its own merit as a standalone text without any prior knowledge of the original text in Arabic.

What are you working on currently?
My current works-in-progress include translating selected poems by 10th-century poet Abu al-Fath Kushajim from Classical Arabic and a nonfiction book on Gadamerian hermeneutics from English. My translations of Kushajim have since appeared in, Ancient Exchanges, Modern Poetry in Translation, ArabLit, ArabLit Quarterly, the British National Centre for Writing’s 2022 Emerging Literary Translators Anthology, and elsewhere.

What are you reading right now?
The Translations of Seamus Heaney, ed. Marco Sonzogni (Faber, 2022) and Muntasir Zaman’s A Beginner’s Guide to Arabic Manuscripts (Qalam, 2020).

SALMA HARLAND is an Egyptian-born, England-based translator who works between Arabic and English. Her literary translations have appeared in the National Centre for Writing’s Emerging Literary Translators Anthology and in literary magazines and journals such as ArabLit Quarterly, Modern Poetry in Translation, Ancient Exchanges, Y’alla: A Texan Journal of Middle Eastern Literature, and Medievalists. She tweets as @salmaharland.