All cities, it seems safe to say, have their history written on—and by—their walls. In some places, though, the past is more present than elsewhere. Paris, for instance. Earlier this week, I spent a night in the 12th arrondissement, near Porte Dorée, an area of the city I don’t know well. It’s not far from the Gare du Lyon, where I had arrived late that evening, and from where you only need to switch trains once, on a single platform, to get to the airport. Since I was flying home the following morning, with (as usual) more than my share of baggage, it made sense to stay nearby.

Just across from my hotel, the square sports a fountain topped by a golden statue of Athena. Originally created for the 1931 Paris Colonial Exposition, its allegorical title was once “France bringing peace and prosperity to its colonies.” The statue was then centrally positioned in the peristyle of the Palace of the Porte Dorée—itself once France’s Museum of the Colonies, then its Museum of African and Oceanic Arts, and now, since 2007, a museum of immigration history. In 1987, the Place Édouard-Renard was rechristened the Square of the Former Combatants in Indochina, a commemoration of France’s colonial history in Vietnam from 1946-54.

Though I wasn’t staying long enough to see much, I could at least walk down the Avenue Daumesnil on my way back to the train station. Less than six months earlier, I had happened to visit the city during the immediate aftermath of the January attacks. The shootings at the kosher supermarket were in the 12th arrondissement, just a few blocks away; last January perhaps two million demonstrators had flooded these Parisian boulevards, their solidarity palpable, their horror just below the surface. 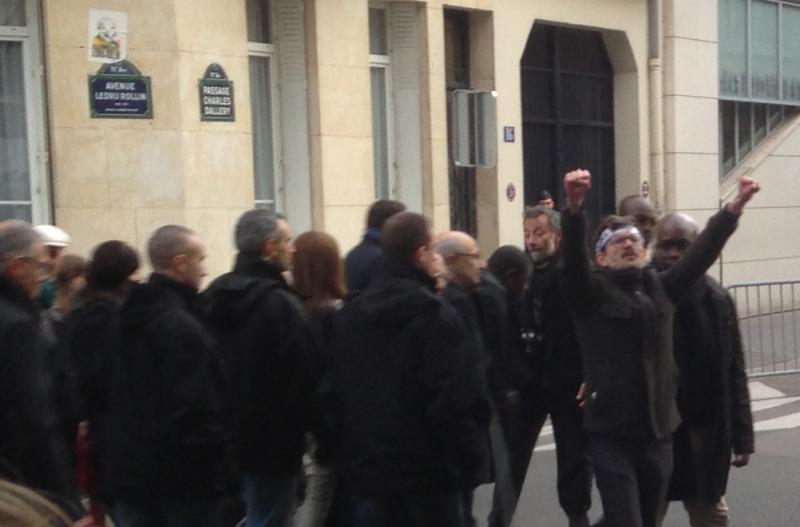 This beautiful, sunny morning, in contrast, was a day like any day—most folks on their way to work, a small swarm of nannies dropping off kids at school—and I was looking for a boulangerie. Hard not to notice, though, that the school buildings in Paris all bear plaques commemorating the deportation of Jewish children to the camps. Or that the square where I sat munching my pain au chocolat was named after Félix Éboué, a colonial administrator, a leader of Free French forces during WWII, and the first black man to have his ashes interred in the Parisian Panthéon.

Today the history I have in mind—appropriately enough on this July 4th—is closer to home. To wit, I have a pair of history books to recommend to you: both will make your summer a better season, and they might just make our world a bit better too. The first is Rebels in Paradise, by Bruce Laurie, emeritus professor of history at the University of Massachusetts, Amherst. His “sketches of Northampton abolitionists” tell the stories of five local workers, each struggling to bend this nation toward justice. 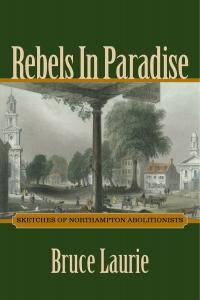 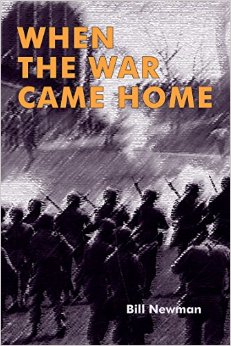 The second is When the War Came Home, a compilation of writing from Bill Newman, much of it adapted from his columns in the Daily Hampshire Gazette; collectively these short essays offer a portrait both of local history and of a man who has done more than most to shape it. I cannot hide the fact that what follows will be a partisan review: both authors have long been friends of this magazine, and both have been published by it—and there are few if any partnerships we honor more.

Having now lived in Western Massachusetts longer than I’ve lived anywhere else, it is a matter of no small embarassment to me how little of the local history of abolitionism I knew before reading Rebels in Paradise. The great virtue of Laurie’s excavations is how they mine depths well below the surface, bringing to light the various strata and disparate ores of social change. Over a century and a half ago, Northampton was well on its way toward becoming something of a regional center of small manufacturing and trade; it was also, as Laurie observes, “in the throes of cultural change.” A “garden variety of churches” had emerged, along with “growing inequality … a social gulf that left fully the town without taxable real or personal property” (17). Laurie’s portrait of the abolitionists Sylvester Judd, John Payson Williston, David Ruggles, Henry S. Gere, and Erastus Hopkins provides a solid through line; in doing so, he maps out the era’s often bewildering array of new political parties, associations, and movements, yet does so without simplication, revealing both the lights and the shadows of the antislavery movement in antebellum Northampton.

Typical of the nuanced scholarship of this study are the various concluding assessments Laurie gives to his key subjects: the educator and editor Sylvester Judd “helped launch the local movement but turned into a summer soldier”; the black activist David Ruggles “attracted fugitive slaves and awakened the local African American community but passed away prematurely”; and the businessman John Payson Williston (along with his sidekick Moses Breck) “ushered the movement through its Garrisonian birth to its political reincarnation and staffed the Underground Railroad but got sidetracked into prohibitionism” (143).  The final two figures treated are given less conditional endorsements: the journalist Henry Gere “stayed the antislavery course with greater consistency,” and the outstanding orator and local stateman Erastus Hopkins—called by Laurie “the region’s outstanding political abolitionist”—is compared favorably, for his political evolution, even to Lincoln.

History of this caliber holds many lessons. Not least among them is that political change is never merely a matter of centralized power, engineered by those fit-though-few figures we were taught to rever in high school. Progress has neither a single road nor a foregone conclusion, and so we do well to recall the traditions of towns like Northampton, where progressive roots have grown deep in the soil of past centuries. After all, as John Berger once commented, “The past is not for living in; it is a well from which we draw in order to act.”

In defending his aphoristic style, Nietzsche once observed that he tended to “treat deep problems as [he] would a cold swim—quickly into them and quickly out again.” Answering his critics in advance, he added, “That in this way one does not get… deep enough down, that is the superstition… of the enemies of cold water; they speak without experience (Kaufmann 87). Though I’m not privy to the bathing habits of Bill Newman, I’m certain Nietzsche would never have classed him among the “enemies of cold water.” Even the chronologically earliest pages of When the War Came Home, Newman’s diary entries from the days surrounding the May 4, 1970 killings at Kent State, evince the incisive wit and wisdom that he will hone to perfection—both in his newspaper columns and during the interviews on his radio show—in the years to come. After writing a brief memo to Nixon, his college-student self observes: “I know that Nixon doesn’t pay any attention to what I have to say… There’s a certain equipoise here because I don’t pay too much attention to what Nixon has to say. I take that back—actually I do pay attention to his words. I just don’t believe any of them” (20). A prophetic sentiment.

Most readers will find that the section of short essays that follows—entitled “The War’s Aftermath,” and on subjects as varied as the fate, and the legacy of the Rosenbergs, the first gay custody case to reach the Massachusetts Supreme Court, the success of a student protest at UMass, and the industrialization of prison abuse in Massachusetts and across the nation—the most moving and memorable of the volume. Certainly there could be no better proof of the book’s titular assertion: the Vietnam War did indeed come home, and it never left. The lasting impact of those years gave clear force, shape, and direction to the activism of the author, as it has for few others. These chapters, along with some others in later sections, also provide a sort of local-history sampler box for anyone interested in life in the Pioneer Valley during the last quarter century. That a single volume can serve as both autobiography and chronicle gives some indication of the centrality of Bill Neuman to the community around him. The political persuasions of the current denizens of Western Massachusetts are no less nuanced, no less prone to error and excess, than were those of Laurie’s Rebels, during an earlier era in Paradise.

A few days after the killings in Paris, the street artist Combo decided to offer up his own take on the events. Across a wall in Porte Dorée, he postered up a life-size sticker of himself wearing a djellaba and a winter coat, his finger in the air, as if preaching. Next to this photo image, he painted in black Piotr Mlodozeniec’s original design for that “Coexist” bumper sticker I know you’ve all seen: a crescent for the “C,” a star of David for the “X,” and a cross for the “T.” 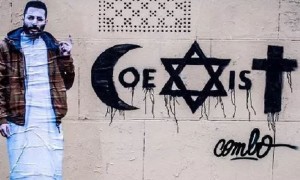 On January 30th, Combo was accosted by four men who demanded that he erase his art; he refused, and they beat him so badly that he couldn’t go to work for over a week. To the police, the journalists, and even in his Facebook posts, Combo insistently refused to speculate about the motivations of his attackers, “To me,” he wrote, “all they represent is stupidity and ignorance.” When a reporter from Le Monde asked him how felt about it, with his right arm still in a sling, he responded, “Of course I’m afraid… but then, too bad for them, I’m also left-handed.”

Back in the States, these last few weeks have been similarly both horrible and wonderful. First the slaughter in Charleston, but then the Supreme Court suddenly seemed to get it, and not just once, but twice, even three times. Of course, as Amherst native and Massachusetts Senate President Stan Rosenberg recently observed on Bill Newman’s radio show, whatever progress we’ve made today on such issues, Massachusetts got there long ago. Newman himself surely didn’t need this reminder, and Bruce Laurie didn’t either. True students of history, both realize how far we have to go, and that the struggle never ends.

And yet, sometimes at least, we do seem to read the writing on the wall. 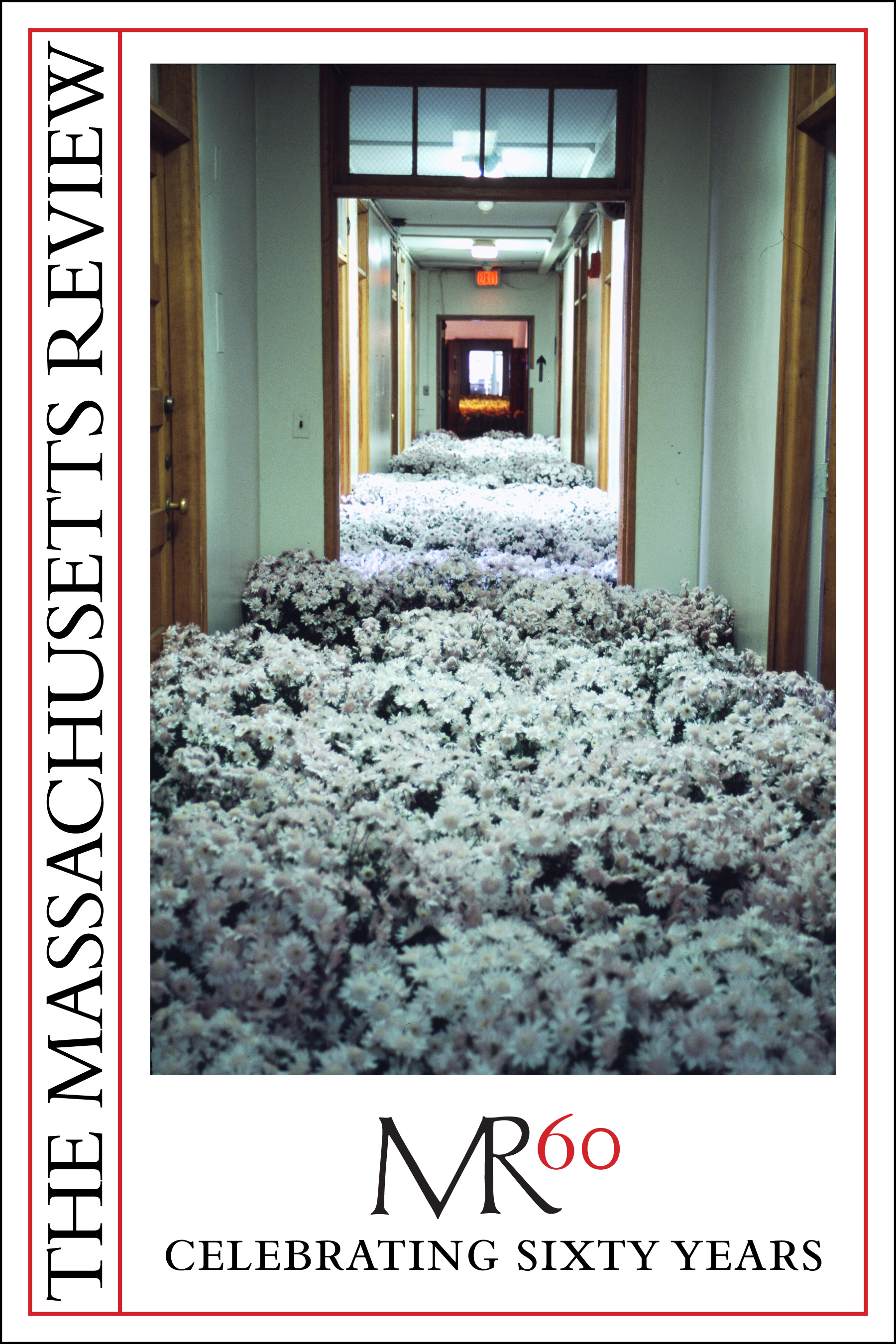