Conversations with Susan Bernofsky, Part One 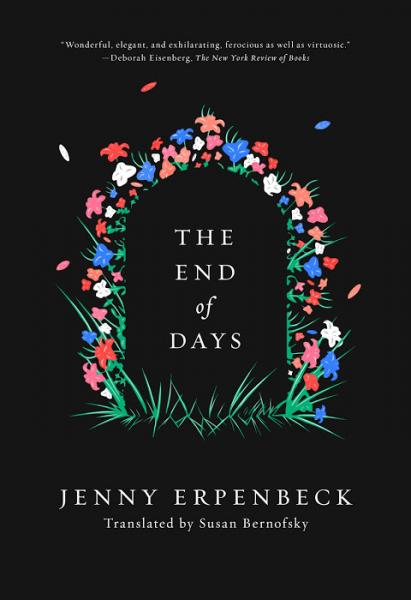 Ryan Mihaly: You recently translated The End of Days by Jenny Erpenbeck, the fourth work of hers that you’ve translated. It seems that the more books she publishes in German, the quicker you translate them into English. How important is it for you to translate her books quickly?

Susan Bernofsky: It’s funny, it doesn’t seem that it’s going that quick to me. The End of Days came out in German in 2012, and I’m hyper-conscious that it took two years for the book to come out in English. That seems way too slow to me! I know with the first one I translated, The Old Child, there was a longer time lag.

It takes a while for books to go through production. It also takes time because, invariably, I am slower with the translations than I am supposed to be.

Ryan Mihaly: How were you first introduced to Erpenbeck’s work?

Susan Bernofsky: Oh, this is a good story! More than a decade ago, I was on a translators’ tour of Germany that the Goethe Institute put together. There were ten American translators on the road for twelve days, and I was the baby on the trip. All my heroes were there: Krishna Winston, Breon Mitchell, Michael Henry Heim, John E. Woods, all amazing and important translators of German. We were sent around by train to meet publishers and to visit various cultural centers that focused on German literature. Every publishing house gave us books. Typically, there would be a table of books and they would tell us to just pick one. One of the first publishing houses we stopped at in Frankfurt was Eichborn, which had just published Jenny Erpenbeck’s first book in German, Geschichte vom alten Kind [The Old Child]. I picked it up because it had a nice cover, and I started reading. I was instantly charmed.

All of us were reading these books on the train en route to the next destination, and I kept talking about how much I loved this book to the other translators. And one of them, Michael Henry Heim (a really wonderful translator who died a year and a half ago; who donated the money for the PEN/Heim Translation Fund Grant; who is responsible for launching the career of God knows how many young translators) got offered a contract to translate that book. I don’t know if he wanted to do it, or if he had time, but he told New Directions he couldn’t and suggested my name to them. As it turned out, I had already done a book for New Directions, so they offered me the contract for the book.

Ryan Mihaly: What an exciting way to learn about contemporary writing.

Susan Bernofsky: It was completely thrilling. We went to readings, and so many people talked to us about who they thought were the most important writers working now. Many came up. We all came home with tons of notes and ideas.

Ryan Mihaly: The End of Days is a beautifully printed hardbound book. The striking dark green cover, the silver engraving on the front by Rodrigo Corral, the compact size… it seems like New Directions is going for broke with this and some other newer translated works.

Susan Bernofsky: This is a new aesthetic model they’re trying. This is only the second book they printed in this format. The first was László Krasznahorkai’s book Satantango.

I think the design is smart. The more digital books we see, the more important it is for publishers to create books that are beautiful objects, to make people actually want to have the object and hold it. I have an iPad which I can use to read e-books, but I never do because it’s much more pleasurable for me to hold a paper book. I also feel like I understand what I’m reading better, for some reason. There’s something about the tactile experience of the physical book that works better with my brain. I don’t know if younger people have brains that are evolved for digital reading, but not me.

Ryan Mihaly: Erpenbeck’s novels Visitation and The End of Days both use an overwhelming amount of repetition. Sentences are repeated word for word by different characters in terrible circumstances. The phrases appear in one chapter and then suddenly reappear fifty pages later, and it’s startling and even horrific. When you were translating, did you have to go back and make sure the sentences were precisely the same?

Susan Bernofsky: Yes – I was constantly checking back. In this case, I had an aid. Jenny had given me a searchable Word file of the novel, which helped me immensely because of the leitmotifs in the book. And yes – those repeated sentences and phrases are her way of knitting all the different histories together; it’s like ghosts talking in the background, characters that are long gone from the story. At the end of the Moscow chapter in The End of Days where the ghosts of the people are speaking in the ether – it’s like what remains of a human being, memories of what they said. It’s really disturbing and creepy and beautiful. This is a model of human memory.

Translating these phrases was really hard, because I had to find translations that would work in all the different contexts. Maybe I would translate the phrase one way, and then the second time it came up, that particular wording I chose might not fit so well, so I was always going back and adjusting. But it was hard to keep track of all the places; so having a searchable German was really helpful because I could search for key words that I remembered were parts of these phrases. This way, I had an overview of how many times a phrase was used, so if I made a change, I would change it every time it appeared.

That was an issue with editing. My editor, Declan Spring, would be blithely editing away, and he doesn’t know the phrase is about to be repeated, right? So he’ll edit the phrase one way, and by the time it comes up again in the editing process, it’s maybe two weeks later, and he has, I don’t know, taken his kid to fourteen soccer games [laughs] and written dozens of business letters, and he may not remember that the phrase came up before. Or, he does remember, but he won’t necessarily remember that he already edited it differently, because how’s he going to find it again? Flip flip flip through all the pages? It was my job to sort through all the leitmotifs and make sure that if one had been edited, all the other iterations were kept consistent with that.

Ryan Mihaly: The characters in Erpenbeck’s novels don’t usually get names. Instead, they’re called “daughter,” “mother,” “father” – they get titles. So in this way, the characters blend together easily. Was that another difficulty in translating? Did you lose track?

I developed a certain amount of comfort with the uncertainty, because if you work hard enough, you can always figure it out. We made it slightly clearer in English than in German. If you confuse a reader in English, everyone immediately assumes it’s the fault of the translation – i.e. the translator’s and the editor’s fault. Jenny says: sure, go ahead, get lost. There are many generations of the family in the novel, and each resembles the others; you’re supposed to be a little confused. You get a little lost, then find your way again.

German is very pronoun-oriented. Because there are gendered nouns, you can use more “its” in sentences referring back to things. An “it” in English can refer back to anything that happened to appear in the last several sentences. Whereas in German, since everything is gendered, each gendered “it” can only possibly refer to about one-third of the things. Because of this structure, readers in German are much more accustomed to searching back in the text for what the pronouns refer to. 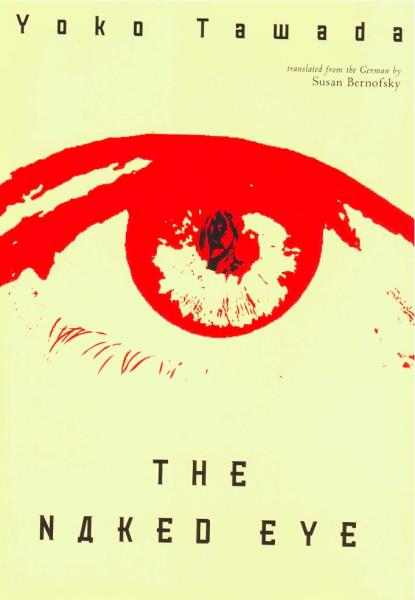 Ryan Mihaly: So this connects to Yoko Tawada. It seems that Tawada and Erpenbeck have a fascination with language. They’re both interested in how language and identity break down when people are thrown into uncertain circumstances. These seem to be ideal themes for a translator. Is that why you were drawn to them?

Susan Bernofsky: They’re just both so good! I don’t know if I was drawn to them specifically because of these themes. In Yoko’s work especially, she’s always talking about foreignness and different languages, and the ways of seeing the world through different languages, so sure – if you want to start thinking about translation in some sort of meta way, her work is perfect for that. That’s not what made me want to translate her; I wanted to translate her work because it was so playful.

Ryan Mihaly: What drew me to Tawada’s The Naked Eye was the fact that there are two “original” manuscripts, one in German and one in Japanese.

Ryan Mihaly: Do you have any idea how different the German and Japanese versions are?

Susan Bernofsky: I’m sure the differences are huge. She wrote the novel simultaneously in both languages; you can’t say one came first. She wrote parts in each language and translated in both directions as she went, so they organically grew up together.

But she wrote her new book, Etudes in Snow (I’m translating from the German title Etüden im Schnee), in Japanese. And then, for the first time in her life, she took a finished book that she had written in Japanese and translated it into German and published it. I’m not sure if the original Japanese has even been published yet. And now of course the question is, well, which one should we translate into English? Probably the Japanese original, right? So what do you think Yoko Tawada said to that?

Susan Bernofsky Yes, she said translate the German! But it makes no sense – well, it does make sense. But you would think that it’s preferable to translate an original always. What she said is, “I’ve already done the work of moving the book from an Asian language to a Western language, and if you translate the Western language, that will be closer to my work than if you translate it from Japanese to English.” Which is a very unorthodox way of looking at translation.

I heard her speak at NYU and she was saying things like, “Your native language is a cave that you’re trapped in.” I think she’s brilliant. She just has such a surprising intelligence. Talking with her is always fascinating.

Ryan Mihaly: There’s an essay of Tawada’s you translated called “Celan Reads Japanese.” In it she describes her impression of the Japanese translations of Celan’s poems: “I had a feeling Celan’s poems were peering into Japanese.” There are many wonderful metaphors for translation but that one really stuck out to me. The translation looks into the new language and enhances it, instead of providing a flat, static rendering.

I love that essay, because she’s giving a whole reading of Celan’s Japanese translations as artistically autonomous.