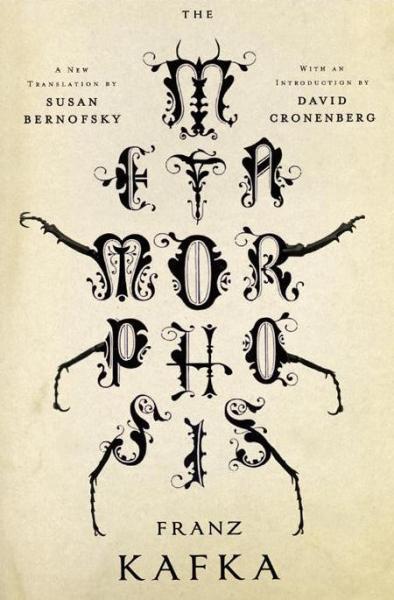 Part Two of a conversation with translator Susan Bernofsky. Read Part One here.

Ryan Mihaly: When did you begin working on Kafka’s The Metamorphosis, and to what extent did you consult the various other English translations?

Susan Bernofsky: I started working on it, I think, in the spring of 2013, about a year before it came out. When I got offered the job to do that translation, the first thing I did was run to the library and look at all the existing translations of it. When you’re doing a new translation of a classic, you have to ask yourself, what’s the point? There’s only a point if you feel that you have something else to say that’s an actual contribution to this conversation about what Kafka is in English. So I looked at all the translations to see if any of them felt right to me, and none of them did. I had my own sense of what Kafka should sound like in English. (Of course, that doesn’t mean the older translations are not good.)

So, that answered the question for me of whether I would take the job. Then I didn’t look at any of the others while I was working. For me, translating is all about finding the right voice, and it would have run interference in my brain to read other translators’ solutions to certain problems. I need the translation to be autonomous within its own space. I meant to look back at the problem spots in the other translations before I turned it in, but I ran up against the deadline and didn’t have time.

Ryan Mihaly: I enjoyed the great contrast in languages in The Metamorphosis. There’s an antiquated, more formal vocabulary, with words like “inexorably,” “uncomprehendingly,” and “underling.,”. There are even phrases like “devil take it all,” against more contemporary phrases like “ever the ladies’ man” and “do or die.”

Susan Bernofsky: Actually, with phrases like “do or die,” I assuredly checked to see if it was already in use one hundred years ago. I’m a completely compulsive OED-checker. I also use Google Books, because you can search by date of publication. You can look up “do or die,” and maybe I’m wrong, but usually I’m fastidious about checking them all. [According to the Oxford English Dictionary, the first recorded use of “do or die” is in 1487, from a poem called The Thewis of Gudwomen, collected in Ratis Raving & Other Early Scots Poems].

It’s odd, a lot of these phrases sound contemporary. I was really careful to avoid things that were not already in use. But there’s one definite exception. I used the word “discombobulate.”

Susan Bernofsky: That’s an Americanism and wasn’t yet widely in usage then, but I just couldn’t resist so I broke my rule.

Ryan Mihaly: That word is obviously only used in the comical sense now.

Susan Bernofsky: Yeah, I wanted it for the humor. And there was a passage from Robert Walser once where I wanted to use the word brinksmanship. But that’s World War II terminology. Brinksman was an actual politician. So for Walser, the word would have been such a blatant anachronism that I decided not to use it. With discombobulate, on the other hand, I figured it wouldn’t stick out so much; but now you know.

Ryan Mihaly: You mentioned in the afterword that Kafka never wanted the bug on the cover of the book. Do you think he’d be disappointed now?

Susan Bernofsky: No, because it’s not the bug! It’s a very abstract representation, a linguistic interpretation of the bug. He didn’t want a realistic envisioning of the bug.

Here’s my favorite quiz question: how large is the bug, would you say?

Susan Bernofsky: A philosophy professor of mine, David Sachs, asked me this when I was an undergraduate. He pointed out that Gregor’s length is actually measured in one scene, when he’s rising up vertically to his full height and opening the door using his teeth. So we know European doorknobs are a certain height from the ground, and that’s about where his mouth is, so we can approximate his height from that at about 1 meter. Sachs said: think about what it would mean if he were six feet tall. First, the family might be more inclined to think of him as a human being with an illness, which would change the story. And then he would also be so terrifying that no one would ever come into the room. So he has to be smaller than that, but also large enough that you wouldn’t just mistake him for an actual insect.

The other ironic thing is that across the street from his room is the hospital. The whole time, the family could just take him right there!

Ryan Mihaly: No one ever thinks to do anything about Gregor. They just cower at the sight of him. But he’s fine with it, in a way.

Susan Bernofsky: Before the family gets the door open, they send for the doctor. But once they see Gregor, there’s no question of treatment, it’s just a situation to be managed.

Ryan Mihaly: And he goes about it routinely. He’s says to himself, “Alright, now I’ll roll over. Now I’ll crawl on the walls for a little bit.”

Ryan Mihaly: What do we make of the picture of the woman in the fur coat?

Susan Bernofsky: What do we make of it?

Ryan Mihaly: He likes to cling to the image at one point…

Susan Bernofsky: It’s the sex scene in the story. The description of her is very animalistic, and Gregor the animal is really enjoying his animalness, you know? It’s like he’s dreaming of Fur Lady.

Oh, and the saw he used to make the frame of the picture – that was a translation issue. I had a whole conversation with my editor about this. A “fretsaw” is a very specific kind of saw, a sort of small jigsaw. It’s a skinny little blade that’s mounted on a U-shaped frame with a handle. It’s used for sawing into crevices, so to make a picture frame you need that kind of saw, you can’t use a big regular saw.

But then my editor said, “I don’t know what a fretsaw is, can we make it a bandsaw?” I guess we’ve all heard the word “bandsaw,” but it’s a completely different thing. A bandsaw is a table saw. It’s a large piece of furniture with an electric saw mounted on it. But Gregor keeps his saw in a drawer. But I figured out a way to rearrange the sentence so the word “fretsaw” wouldn’t trip the reader up.

When you’re a writer, if you’re using an unfamiliar word, you can’t just put it anywhere in the sentence. You have to put somewhere where it stands out a little bit, so that the reader understands that you are pointing to the word. There are positions within the sentence that are stronger than others. The last word of a phrase or sentence is definitely a strong position. The first draft I turned in basically corresponded exactly to the German in structure: “He did his fretsaw projects.” And I turned that into, more or less, “He did woodworking projects with his fretsaw.” I used the phrase “with his fretsaw” instead of incorporating the word “fretsaw” into a compound, which is more difficult to understand if you don’t know the word. Whereas if you set up “woodworking project with a fretsaw,” you understand it’s a kind of saw that you don’t know, and then you can either Google it or not Google it. There’s a way of presenting information that doesn’t disorient the reader.