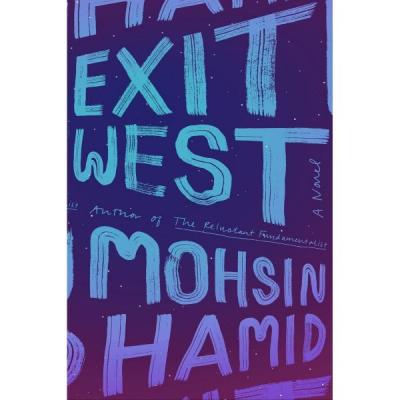 Responding to the shocking reality of the recent US election, Aleksandar Hemon wrote in the Village Voice, “For me, the symptom of that experience is a constant traumatic alertness, a terrible, exhausting need to pay attention to everything and everybody and not succumb to the temptation of comforting interpretation . . .Trauma makes everything abnormal, but the upside is that living with and in a mind where nothing appears normal or stable is the best antidote to normalization.” Hemon’s next project, with the Bosnian Canadian photographer Velibor Božović, will tell the story of immigrants who fled genocide and war in Bosnia; it has been awarded the 2017 PEN/Jean Stein Grant for Literary Oral History.

The author’s speculations about the upside of trauma are useful to keep in mind when reading other work that addresses such newsworthy themes, as does Mohsin Hamid’s much acclaimed new novel Exit West. A notable frame used in reviews and discussions of Hamid’s book focuses on the hope the novel offers for the future of refugees. Yet do we really deserve to feel hopeful? And at what cost? Certainly, when Hamid imagines a no-longer-inhabitable land that closely resembles his own native Pakistan, he simultaneously examines what could make a country lose hope. Moreover, in its depiction of the lives of refugees, Exit West examines masculinity and femininity in moments of crisis, showing how religion, a stifling society, migration, and loss manifest through one’s learned gender, and asking how we may reimagine such realities.

As Exit West opens, we meet its main characters Saeed and Nadia through their familial environments. Saeed is the late and only product of a love-marriage, one marked by affection and intimacy. Nadia belongs to a home where she is essentially incongruous. Although she loves art classes, the walls of her family’s home are decorated with religious verse and mementos, a metonym for the clash between her disposition and theirs. This familial dissonance results in Nadia leaving to live by herself. Her parents cannot understand this move and become estranged. Nadia and Saeed then meet in a class and begin to develop a close relationship, falling into something like love. Saeed often sneaks into Nadia’s apartment disguised in her black robes; alone together, they share spliffs and listen to records sung by "a long-dead woman who was once an icon of a style that in her American homeland was quite justifiably called soul."

As the violence in their city surges, and daily routines become more dangerous to navigate, Saeed’s mother is killed by a stray bullet. Nadia moves into Saeed’s home, where he lives with his father. The two protagonists begin to hear rumors of doors that open up to different parts of the world, and they decide to leave their city through one such door. This selective deployment of magical realism erases the physical horrors of migratory travel, focusing readers instead on its emotional and psychological effects on our protagonists. They end up on the shores of Mykonos, cobbling together the necessities for living until a Greek teenager whom Nadia befriends finds them a door that brings them to London. In London, along with many other migrants, they end up squatting in a large house and a tension begins to grow between them. In an attempt to mitigate this rift, they move onward to California.

Throughout this trajectory, the novel provides a specific setting for both the protagonists and the reader to grapple with stifling gender roles and the possibilities that open up when they are traversed. The difference in how Nadia and Saeed experience both their country and their journey creates a nuanced depiction of how gender can be both suffocating and a source of meaning and comfort. Both characters resist and confront the identities imposed upon them, Nadia by living as she desires and Saeed by resisting the extremities of masculinity, treating his partner with care and patience. In such moments the novel does real work toward breaking down and interrogating cultural assumptions. Why is Saeed’s connection to his home so strong and gratifying? Why does Nadia navigate foreign places and people with greater fluency? Confronting the realities of gender stereotyping in a South Asian setting brings focus to those forces that push for such constructions, examining who benefits from them and who suffers. Hamid challenges us to consider which parts of our societies and cultures set us up for certain scenarios, and the stark contrast that becomes clear when we have to survive tragic realities like migration.

For the cultural context in which she is placed, Nadia is a strikingly utopian female character. She leaves home and achieves independence and contentment in a society hostile to women’s independence and contentment. Nadia embodies Hamid’s recognition of the quiet inner lives that women lead within the sacred space of private apartments, within the veils they may don for a myriad reasons. She is defiant in the face of the compliance her society demands of her, creating a space for herself where it seemed there was none. As such, she is better equipped to cross lines, and continues to do so as she moves through doors and refugee camps. Compared to Saeed, she has an easier time on her own, making new connections. Hamid writes that “Nadia had long been, and would afterwards continue to be, more comfortable with all varieties of movement in her life than was Saeed, in whom the impulse of nostalgia was stronger, perhaps because his childhood has been more idyllic, or perhaps because this was simply his temperament.” Nadia's knowledge of life as an other gives her a deeper capacity for endurance and empathy. Comfort is not a state she has known, so she can handle discomfort much more productively than Saeed. Her past gives her the ability to move beyond it, forming new communities and ways of being.

In contrast, without the comfort of sameness, Saeed falters, though he does maintain connections to his family and to a religion that has not proved useful to Nadia. The elements of state and society provide him meaning: "Saeed would pray with his father and the men, and prayer for him became about being a man, being one of the men, a ritual that connected him to adulthood and to the notion of being a particular sort of man." This connection between masculinity and religion casts a light on a brief, dangerous moment when Saeed meets a group of his countrymen who all live together. He takes pleasure in joining their prayers and being surrounded by familiarity. When he suggests to Nadia that they should move into this house, she is unreceptive. He offers that they would be living among their own kind and she responds, "They're not like me." While for Saeed joining this community connects him to the memory of home and family, for Nadia it is a superficial likeness. This suspicion is confirmed when the men of that house begin speaking of martyrdom and violence. Because she has been subject to its repressive machinations, she detects the dangers of nationalistic thought.

In this moment Hamid extends his criticism of the militancy that forces migration to the home of Saeed and Nadia’s countrymen, and the novel shows the cyclical violence that comes out of a belief in the superiority of one's kind. Saeed is drawn in by the sense of community that sameness affords, and we see the danger that results when that sameness is used to justify violence. When threatened, the institutions that perpetuate and uphold masculinity weaponize identity. Hamid deftly maps the social forces that push men into radicalism and presents, through Nadia, possibilities for redirecting that desire toward meaningful community. His work is most powerful, and most relevant to key issues of the day, when he quietly guides us to such understandings.

In the end, the future for refugees probably isn’t something we should feel particularly hopeful about. Global migration and refugee populations are products of systems of power that are unlikely to be undone or remedied any time soon. The refugee crisis can only be dealt with through a direct confrontation of the realities of imperialism and white nationalism. While books like Hamid’s are essential in illuminating these realities, it would be disingenuous, and perhaps dangerous, to draw from such a text the conclusion that a better future for refugees is inevitable. By allowing Pakistani, South Asian, and Muslim communities the space to inhabit a variety of identities, and to contend and wrestle with new ways of being, we create possibilities for a culture that yields to difference instead of recoiling in contempt and violence. Only the attentiveness—exhausting but necessary—that Hemon speaks of and that Hamid's Nadia enacts will bring into being the kinds of worlds we want to live in. In its best moments, Mohsin Hamid’s Exit West moves beyond a sad-but-optimistic refugee story for Western liberal consumption, to an honest interrogation of the internal cultural dynamics of Pakistan and its migrants. And this introspection is truly hopeful.

Amal Zaman is an Editorial Assistant at the Massachusetts Review.