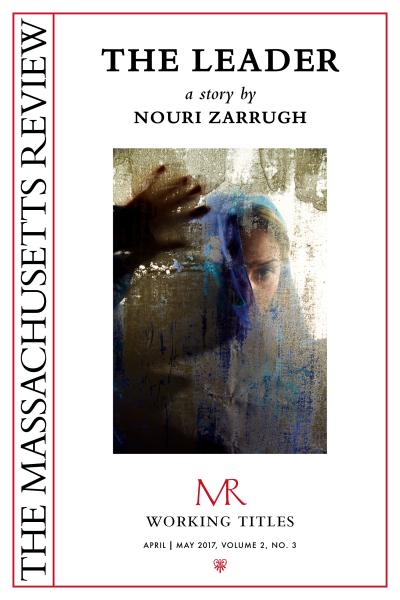 That last February before the war and the hard years that were to follow it, forty-one years after the Leader’s revolution, Laila woke to the sound of explosions in the street. She sat clutching the blanket, eyes darting, half expecting to find herself buried in dust and rubble, her vision slowly adjusting to the familiar sight of the armoire and the floral cushions piled beside it, the matching nightstand and the ceramic lamp and on the other side of them, undisturbed, the sheets tucked and folded, Hajj Yunus’s empty bed, glowing in the faint moonlight like a preserved artifact. Finding everything intact, she lay down, thinking the sound a remnant of some already fading dream,  a trace of that April night a quarter century earlier when the walls had shaken and the neighbors had cried out in terror, and she had buried her face in her father’s arms, whispering with him: “I seek refuge in the Lord of the dawn.”

It was when she heard the laughter that she finally understood, voices in the alley giving way to the pop and scatter of what she now recognized as firecrackers, to the exclamations of the boys who lit and tossed them and to the nasal cries of the youngest among them, who begged to spark the fuses. She lay there a long time listening as they tried out their bottle rockets and smoking black snakes, eager for the coming mawlid, when they would march down Sharaa Fashloum and Ben Ashour, the older boys bearing makeshift torches and singing, the younger boys relegated to harmless sparklers and pouting. She waited for the footsteps of the other women but had by then learned that only the morning prayer call could draw them from their beds to wash and dress in the darkness. Theirs was a sleep of boundless exhaustion, all of them foreigners, maids and nannies, and it seemed at times that all that kept them awake was their duty to Allah and to the task he’d given them of surviving. . .