The Presence of the Past of Things 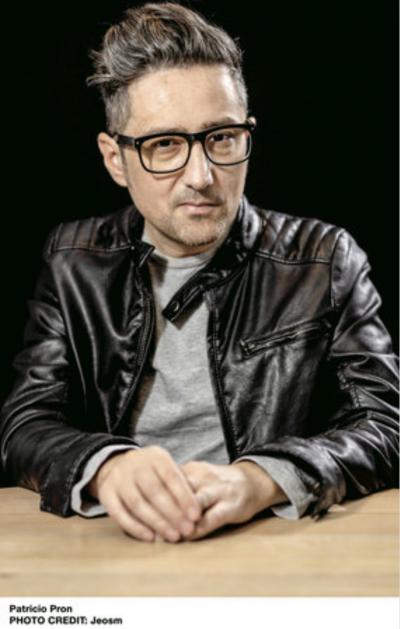 Some time ago I visited an elderly couple who lived on the outskirts of a small German city. I had never met them, but I already knew some things about them: I knew that they were my girlfriend’s paternal grandparents, that they were readers of Theodor Fontane, that he had been a teacher, that it had been a while since my girlfriend had last visited them. They lived in a small apartment with views of a highway with little traffic and they made exquisite conversation, the result of a life of readings that had left their mark and which they recounted without the slightest affectation as they sliced up the customary cake, served coffee and showed an interest in us, as if there were anything interesting about our lives.

The day after visiting them we received a card in which the old man thanked me for the Fontane book I’d bought in an antiques shop and given him the day before, in a perhaps antiquated gesture that I nonetheless found particularly moving (or perhaps it was its antiquated nature precisely that moved me). Shortly after we’d said goodbye to them at the end of what for me had been one of the best afternoons to date of my stay in Germany, my girlfriend told me a story about her grandfather: he’d been drafted during the war; he had fought on the Eastern front and on the Western, involuntarily moving up in the army ranks, due to the desertion or death of his superiors; in France, in the face of the Allies’ advance, he’d surrendered himself after forcing a subordinate to switch his regular soldier’s uniform for his officer’s one; the subordinate had been killed by firing squad, he had escaped with his life.

Neither my girlfriend nor her father knew the story well, (in fact) they preferred not to talk about it; of course, her father and she were very familiar with German responsibility in the tragic events between 1933 and 1945 and they had internalized the guilt that plagues Germans since then, but, although aware of that guilt, they seemed little interested in finding out about the personal responsibility of a member of their own family in those events. Actually (I thought) their recognition of German guilt in the tragic events of the first half of the twentieth century is what kept them from evaluating that individual responsibility, it was the excuse to not dig deeper into the family story, to not confront the old man with facts that weren’t outside of German history (as if located, for example, in the back room of a building known only by its facade), but rather were German history itself, stripped of rhetorical strategies, devoid of sociological and political arguments that explain it, converted into family history and into destiny.

There, I now think, was where it all began for me. Not necessarily in the story of that old man who I met one afternoon on the outskirts of a small German city and who died some years later, but rather in the confrontation between individual responsibility and collective guilt that I considered for the first time that afternoon and in what that confrontation had to say about my own country, where those responsible for the murder of thirty thousand people during the military dictatorship had been tried and then freed in name of the same argument that presided over the German way of thinking of the past, that the recognition of collective guilt exempted the army from elucidating individual responsibility.

I hadn’t returned to Argentina for years and I was perfectly aware of how spot-on Stuart Hall was, when he wrote that “migration is a one-way trip” since there is “no ‘home’ to go back to”. When I returned to Argentina, however, I couldn’t shake the story of that old man and the questions his death left unanswered, which no one would ever be able to resolve (Was the story true? What was the name of his subordinate, the one who died in his name allowing him to survive? Were his nights filled with regret, with satisfaction, with indifference, with relief?). I thought I was returning to the past, to my country’s past (which I knew was bloody) and to my own family’s past, their participation in the tragic events of Argentina’s past (and how they had managed to escape death) that my parents and my siblings and I had pretended to have forgotten for too long; I told myself I was returning to the past, but, at the same time, it began to be increasingly clear that it was impossible for me to return to the past, since, actually, I had never completely left it behind and it travelled with me wherever I went: that (in the end) it was there wherever I was, including in a flat in a small German city, one afternoon, in the words unsaid by an old man that would serve as my impetus to tell the story of what I had seen and heard and of how I had seen and heard it, in a country that was for me the past; which is to say, the present.

PATRICIO PRON is the author of seven novels and six story collections, and he also works as a translator and critic. He has received numerous prizes, including the Alfaguara Prize, the Juan Rulfo Prize, the Premio Literario Jaén de Novela award, and the 2008 José Manuel Lara Foundation Award, for one of the five best works published in Spain that year. An English translation of his latest novel, Don’t Shed Your Tears for Anyone Who Lives on These Streets (also by Mara Faye Lethem), was published by Knopf in May, 2020.

MARA FAYE LETHEM is a writer and translator whose work has been featured in Granta, The Paris Review, McSweeney's, The New York Times, The Guardian, and El Pais, among others.