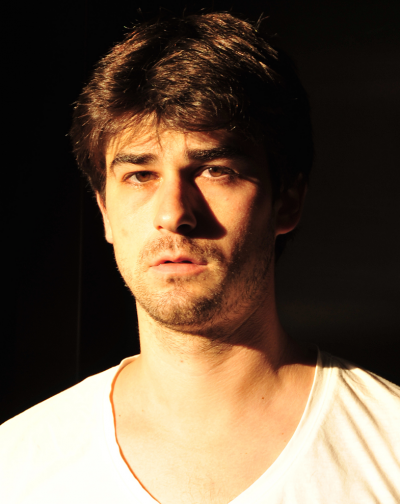 The days had been dry, rainless.

And even without rain, there was green there, sprouting in the backyard.

That's what he was thinking about that day and what he was going to ask Dad when he got home. Why the green was sprouting there, right in front of the step where he was sitting in the backyard.
—from "Keeping Time" by Maria José Silveira, Translated by Matthew Rinaldi, Volume 61 Issue 2, (Summer 2020)

Tell us about one of the first pieces you translated.
Years back I translated excerpts of Roberto Piva’s poetry for a freelance job. At the time I had plenty of experience as a so-called commercial translator and got hired to work on a photography exhibition for the Instituto Moreira Salles. One of the photographers had produced photos to illustrate images evoked by Piva in his book Paranoia. That section accounted for maybe 5% of the total text, but demanded infinitely more time, research and reflection than everything else in the exhibition. Piva was a “marginal” poet in 1960s São Paulo, clearly inspired by the Beat Generation, and it’s impossible not to think of Howl when reading Paranoia. But I didn’t want the English version to come off as some kind of Ginsberg knock-off, so it was kind of a tightrope, trying to do his voice justice while resisting any overt Beat-isms. At any rate, only a small section of Paranoia went into the exhibition, but I made up my mind that I’d translate the rest of Paranoia—a pretty ambitious undertaking. I’ve completed a good part of it since and I still go back and tinker with it now and then. It’s one of many things on my to-do list.

What other professions have you worked in?
My first jobs were in the restaurant industry, both in the kitchen and as a waiter. From age 15 to 22, I probably worked in a dozen restaurants between my home state of Connecticut and New York City, where I went to school. After college, I worked in publishing for a few years before moving to Brazil. There, I made my living mainly as an English teacher, until I’d built up a working knowledge of Portuguese, good enough to translate it. Translation has been my main source of income for about 13 years now. During this time, I also did some freelance journalism, writing articles for Brazilian travel magazines and album reviews for All Music. And I worked part time at something called a brinquedoteca, which could be roughly translated as a “toy library.” It’s basically a play space for children, where parents take their kids for a few hours of distraction. There are several in São Paulo. But the owner of this one had the idea to make it English language. She, her husband and two young daughters had lived in L.A. for a years and I understood that the idea grew out of them wanting to keep the girls’ English language acquisition alive. The adult employees’ work consisted in guiding the kids in their activities in English. Most of them were college students with advanced language skills.

I was the only native English speaker. It was probably the best job I ever had. Two or three times a week I’d go there for a few hours, and draw and paint pictures and sing songs with kids in my native language. Of course, the pay was laughable, and I used to joke at the time that it was something I did for therapy. It lasted for about a year. And actually the same day the brinquedoteca closed, I started having anxiety attacks and decided to go to actual therapy. Since moving back to the states, I’ve worked as an in-person interpreter, accompanying immigrants at USCIS interviews and meetings with social services representatives. But that work has all but disappeared with the pandemic.

What did you want to be when you were young?
My parents were devout Catholics. I’ve been told I used to say I wanted to be priest when I was little. But throughout most of my childhood I wanted to be a baseball player. That ambition lasted until my adolescence around the time I discovered recreational drugs, coincidently or not.

What drew you to write a translation of this piece in particular?
I got to know the author over a period of time. In 2015, we started having private English lessons, which honestly were just informal conversations. We’d meet once a week and talk about current events, our experiences, her writing, her process, etc. After about a year or so, one day we started talking about the dictatorship, specifically the circumstances of the military coup in 1964 and the escalation of repression in the country afterwards. Though we’d never touched on the subject before, I had a sense that she’d been involved in the resistance back then, mainly because I was aware of her political sympathies. In the middle of our conversation she mentioned she had a set of short stories about that period. They hadn’t yet been published and I asked to take a look at them. She sent me a PDF of 10 short stories entitled Felizes Poucos. I read the title story that evening and found it extremely compelling. It was disturbing and violent, and there was also a detective story element that I liked. I asked her if she’d be willing to let me translate them and she was open to it. From that point on, our English classes doubled as workshop sessions, with us going over the pages I’d completed that week. It was an ideal set-up for me, having access to the author and getting to discuss my choices and debate them down to the smallest details. In the end, we workshopped the first four stories from that collection. Keeping Time was number two, a lot more nuanced than the others, which have a fair share of brutality, descriptions of torture, police violence, etc.

Is there a city or place, real or imagined, that influences your writing?
I lived in São Paulo most of my adult life. It’s the place where I acquired most of my knowledge of Portuguese, so I inevitably think back to my time there, friends, loved ones, acquaintances, experiences in certain neighborhoods etc., when working out how to render Portuguese-language literature in English. Keeping Time is set in the northeastern state of Pernambuco, a place I’ve never been to.  But it made me think back to the parts of Northeast Brazil, Bahia, Rio Grande do Norte and Alagoas, that I had the good fortune to visit.

Do you have any rituals or traditions that you do in order to write?
These days I work at night. It’s the only time I manage to really concentrate and avoid interruptions. I generally work into the wee hours.

Who typically gets the first read of your work?
My wife Vivi. I ask her opinion on anything I’m struggling with or unsure of, whether it’s literary or otherwise.

If you could work in another art form what would it be?
I’ve always had an affinity for the visual arts. I have a handful of paintings I did when I was younger that I’m proud of, and a lot more that I’m not , or were left uncompleted. I always have it in the back of my mind, like it’s something I’ll get back to it eventually if I live long enough.

What are you working on currently?
I’m translating a non-fiction book on the presence and representation of black people in Brazilian art. The author is an anthropologist at the University of São Paulo and I’m fortunate to be working with her directly. The material is academic, rich with references, beautifully written. I’m also working for the UN Human Settlements Program on this year’s upcoming Circuitos Urbanos event.

What are you reading right now?
I reread the works of Frank Asch, Eric Carle and Dr. Seuss on a nightly basis. Seriously though, it’s hard for me to find time for any recreational reading these days. I’m about 100 pages into a book called the Great Depression, a collection of newspaper articles and primary source accounts from the era. To give you an idea of how slow my reading has been, when I first picked it up I remember thinking, “Well, this is not at all relevant to the present.”

Born in Hartford, Connecticut in 1979, MATTHEW RINALDI earned a BA in English from Fordham University in 2002. The following year he relocated to São Paulo, Brazil, where he would reside for fifteen years. During that time, he developed a career as a translator specialized in contemporary art, working for the country’s most prominent museums and cultural institutions. Rinaldi has contributed English translations to over thirty bilingual books published in Brazil, South Africa, the Czech Republic and Germany. His literary translations have appeared in The Brooklyn Rail, Anomaly, and Machado de Assis Magazine.