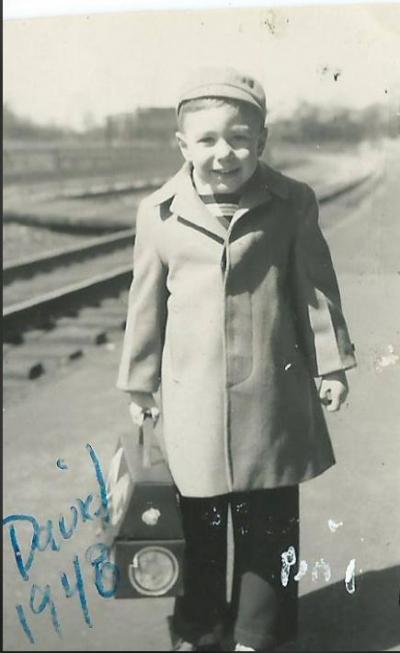 David R. Lenson—comp lit professor at UMass Amherst and one of the best teachers I have had—has passed away. He had been sick a long time, victim of a serious stroke. I took a course called “The Double in Literature” with David in the fall of 1971, his first term teaching at UMass I think. He was astonishingly young—25 or so. He amazed me and all of us in that class with his learning, wit, powers of articulation, generosity, and kindness. He rendered the drama of ideas superbly: what they were and meant, where they came from, why they mattered. His office hours were a party—wine, beer, snacks, students flowing in and out. He was a wonderful story teller and held us with tales of his SDS days (a rumble with the Young Americans for Freedom stands out) and the horrors and joys of being a grad student at Princeton, spending time in something called the Goon Castle. He had a marvelous sense of fun.

I thought: this is a professor? You can do this? Write poems? Play in a band? (He told me he stunk on the sax. No! I went to catch him at a dive in Springfield at about two in the morning once—he was terrific.) You could pal around. Give grand, free-associative lectures. “I have some xeroxes for you. A lot of them. A whole herd of xeroxen!” Or “I mean, who wants to read Marxist party fiction? It’s just boy meets girl meet tractor.”

He was a handsome devil, too. Tall, lean as a rake, with soft, all-forgiving eyes. He could be a bit of a dandy. I remember long collars, frilled shirts, fancy boots. He loved to wear a tie. He was one of the few guys I know who could readily bring off a vest. He sometimes looked like a riverboat gambler who was bound to win—but might give you your money back, if you asked politely. He claimed that he stayed in good shape by mowing his lawn. The closest he ever got to organized sports was listening to his beloved Red Sox on the radio.

I showed up often at his lecture classes after I’d graduated from college and was living in Northampton, working the door at something called the Phase Two Discotheque. David sent me back to Whitman, whom I thought silly at the time. My book on WW owes in part to him.

We reconnected when I got to Virginia, and corresponded intensely for years. He came down once to give a lecture--one of the best talks I’ve yet heard, about rock music and improvisation. Still unpublished, alas. He helped me develop my writing. He read a draft of my first memoir, “Teacher,” and wisely insisted on more telling physical details. I depicted a kid with protruding beavery teeth. “More of that,” he cried. “More teeth! More beaver!” I put in more teeth. Every week or so a missive came: More Teeth!

I also connected with his amazing book, ON DRUGS. One of the two or three critical books I know that carries the spirit of the ‘60s forward. It’s about drugs, and about more than drugs. It’s about the promise of enhanced consciousness. David uses the subject-object dialectic (out of Kant, Schopenhauer, Coleridge) to write the book. I thought that way of thinking to be passé. He makes it jump! The target of that book is what David called “consumer consciousness.” He wanted to develop alternatives to buy-buy-buy, and have-have-have, Every year he reminded me that the name of the arch commodity fetishist, Santa, was an anagram for Satan.

I’ve read many testimonials from other former students. Check out thoughts by Bunkong Tuon and Anita Mannur. (Also Martín Espada’s wonderful poem about David, “Barbaric Yawp Big Noise Blues.”) It’s clear that he did for them some version of what he did for me. The message on his answering machine was, “Feel free.” He made a lot of people feel just that way.. He liberated people from tired ways of thinking and doing. He encouraged them. He created good times and stretched them out.

Condolences to Pam Glaven and Lizzie Lenson, who I deeply hope are now remembering the best of a remarkable man.

May his memory be an inspiration.

Mark Edmundson  is University Professor at the University of Virginia. His books include Self and Soul: A Defense of Ideals and The Heart of the Humanities: Reading, Writing, Teaching. His new book, Song of Ourselves: Walt Whitman and the Fight for Democracy, is forthcoming from Harvard University Press.