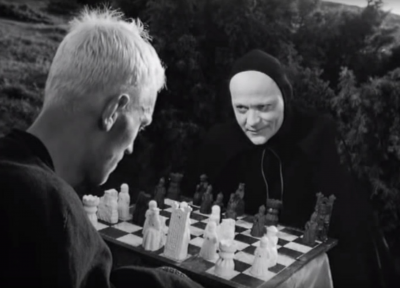 So, is it just a game for them, with us? If you think it through, that simple idea would make their every move not simply justifiable, but impeccable. Even in the endgame, a true master sees room for maneuver, an occasion for thumbing his nose, macho display for the masses or for the record books. In that most martial—and most US—of sports, when your team can’t move forward, they still bury the ball deep in enemy territory, trusting their defense, waiting, expecting to strike again. The only goal is to crush the opposition, and anyone who thinks otherwise is a fool. That’s how the game is played.

So that’s what we must expect: that you will continue to marshall your troops, sow the fields with salt, incite your followers to hatred and crime, doing anything and everything to dominate the media, since you’ve lost your real hold on power. How else can you continue to pretend—even though your only talent is for failure, with ever higher levels of greed, corruption, and waste—that you are the one true leader, the only solution, still a winner? We know by now what to expect, and we await no less from your lesser acolytes. No one on your team has the least interest in governing the country, in making lives better, in finding a way forward. What they want is what they have, and more of it, as much as they can get, as long as they can hold onto it—power. That’s how the game is played, they think.

Our answer is, of course, no. It’s not a game. The difference between war games and war is measured in bodies: when you back the militias, they take the license you give, when you slam the door on women and children, you return them to their abusers, when you prattle on about law and order, you spit on the graves of your victims, when you rant about rights, you hold a gun to the heads of our children, and when you pander to fossil fuels, you burn down the home they hoped to inherit. And when you refuse to recognize our ballots, you show your contempt for the only true source of power you’ve ever had. You will end up in prison, or in Piazzale Loreto, or in a suicide bunker, or pleading infirmity and begging for asylum. You will have no grave. Your death will be marked only by a monument to the tens of thousands you killed on the off-chance it might have helped you in the polls.

Time’s up. There are not two sides here, there are no two ways about it, we’re not playing a game.

Frankly, it was somewhat flattering, like a left-handed literary prize, almost four years ago when POTUS decided to follow our Twitter feed. No doubt a reflex move, another attempt to bully—we were simply surprised to find out they cared. So, in case you’re still listening, Hello! Here in Massachusetts, we have a relatively sane government, we take science and COVID protocols seriously, we wear masks and keep our distance. Yet your criminal incompetence in this time of plague has made every measure a half-measure. The numbers continue to skyrocket, people are dying in droves, and you made it happen.

I want it on the record now, while I can still speak for myself. If I die, if my wife dies, if my loved ones die of COVID, our blood is on Republican hands. Like hundreds of thousands already.