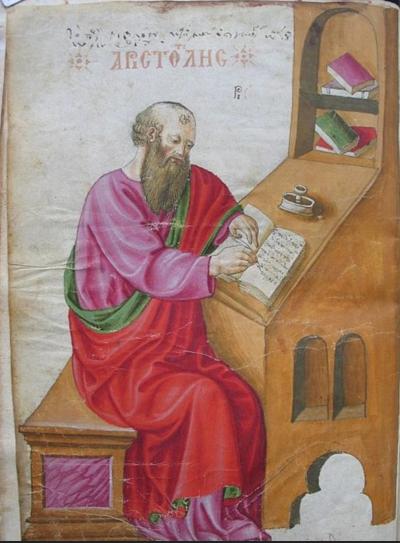 “monologue / Is the death of language”

The fancy word is “intersubjectivity.” We become the selves we are (to the extent that we are “selves,” but that’s the subject, so to speak, for another blog series altogether) not in or through our isolation but, instead, precisely as we interact with, are perceived by, receive feedback from others. One stream of this philosophical river traces back to Berkeley’s doctrine of esse est percipi (“to be is to be perceived”) and flows through Kant and into the phenomenological ethics of Levinas in the twentieth century. This stream sometimes intersects with, even gets mixed up in, another tributary, one that finds its heroes in the figure alone against the elements: the Romantic hero, self-made and self-referring, whose epitome is still that photograph of a hatchet-faced Camus, complete with cigarette and trench coat. MacNeice too is tempted by the latter lineage. Waking on a late November morning, “savouring Well-being,” he is momentarily seduced by the way “all our trivial daily acts are altered / Into heroic or romantic make-believe.” Yet a little later, feeling the membrane between himself and the world dissolve in a warm bath, he is forced to admit “that other people are always / Organic to the self,” that “the ego cannot live / Without becoming other for the Other / has got yourself to give.”

The tension between an understanding of the self as unitary, coherent, and given versus the sense that the self is fragmentary and interdependent resonates not only at the individual level but also at the societal. One might interpret the German expansionism by which MacNeice (with the rest of Europe) is so troubled as a version of this emphatically heroic self-understanding (the natural expression of the volk). Against heroic nationalism, institutions such as international leagues, treaties, and agreements concede the existence of the independent nation as legible only in and through structures of mutual recognition. In section XVIII, MacNeice indicts England (anticipating Brexit even as he might be seen to anticipate Levinas) for this kind of stunted self-conception:

Sing us no more idylls, no more pastorals,
No more epics of the English earth;
The country is a dwindling annexe [sic] to the factory,
Squalid as an after-birth.
This England is tight and narrow . . . .

MacNeice’s dismissal of other genres (idylls, pastorals, epics) is familiar, but here he jettisons them not because they are inferior to the journal he has chosen for his poem’s form but for their implication in an Englishness he rejects. Note how each of the three is strongly connected to English literary and national tradition: “idylls” hearkens to the Arthurian origin stories retold by Tennyson in Idylls of the King; pastoral names the key genre through which England interpreted itself as virtuously rural (from Spenser through Wordsworth); epics here are explicitly limited to English nationalist works. The problem with all of these is that emphasizing some essential and free-standing character of Englishness abets the political vision shared by Chamberlain and Baldwin in the 30s and by Farage and Johnson today, a vision whose shabby underside MacNeice depicts:

And still the church-bells brag above the empty churches
And the Union Jack
Thumps the wind above the law-courts and the barracks
And in the allotments the black
Scarecrow holds a fort of grimy heads of cabbage
Besieged by grimy birds
Like a hack politician fighting the winged aggressor
With yesterday’s magic coat of ragged words.

Tell me that doesn’t bring to mind a highjacked bus emblazoned with lies about savings for the National Health.

These competing philosophical ideas of the human subject (heroic individual versus intersubjectively dissolved) map onto a philosophical opposition MacNeice has referred to in several earlier sections: Plato versus Aristotle. In each case, MacNeice rejects Plato and opts for Aristotle. He does so again in section XVII, twice writing that “Aristotle was right.” In his earlier appearances, Aristotle is seen to be superior because he acknowledges the mind’s embodiment. That’s part of his appeal at this point, too, as MacNeice aligns the intersubjectivity, bodily experience, and wisdom (against the heroic self, abstract intellection, and wrongheadedness). But Aristotle is right not only because he admits that our minds are inextricable from our bodies, but also because he understands the dependence of the individual ego on the “Alter Ego,” the constitution of one embodied mind by its interaction with others. If “man in action” is “the essential and really existent man,” MacNeice writes, drawing on Aristotle, and “man means men in action,” then the nobly self-sufficient individual does not exist.

As if moving from the Freud of On the Interpretation of Dreams to the Freud of Civilization and Its Discontents, MacNeice moves from the importance of intersubjectivity at the individual level in section XVII to the concept’s importance at the national level in XVIII. December has arrived with white fog and “cryptic” orange sun, the winter’s “naked” trees appearing as “three crosses on a hill.” Advent seems to bring MacNeice to thoughts of God and incarnation, but if, he writes, “everything that happens happens according / To the nature and wish of God, then God must go.” The rejection here is specifically of a god imagined as disembodied, as reduced to arguments for existence, to casuistry and theodicy, a god imagined as the English nation has sought to imagine itself: aloof from events across the Channel, pursuing peace in its time through constructive disengagement. MacNeice sees a rejoinder to such definitions (of god, of nation) in the presence of the poor and persecuted. These provoke (or should) a shock of sympathetic (self-)recognition. The “homeless poor running the gauntlet / In hostile city streets of white and violet lamps,” whether the domestic hungry or those who have sought refuge from “the repose of concentration camps,” confront the conscience with the call to interdependence. They are the “Other” who, as MacNeice writes in section XVII, gives the self to the self.

Hearkening back to the “howling radio for our paraclete “in section VII, MacNeice condemns his fellow citizens who now “sit with a mess of pottage taking orders / Out of a square box from a mad voice –/ Lies on the air endlessly repeated.” The demand of the Other that should bring into being the intersubjectively constructed self, a self known as and in relationship, is denied by those who “renounce their birthright, / The responsibility of moral choice.” Seduced by its traditional idylls, pastorals, and epics, Britain hardened into an unsustainable fiction of isolated independence, an illusion of self-sufficiency that condemns its internal Others as notions of individualism shape the personal as well as the public self-conception. Against such genres and the effects they engender, MacNeice opposes his journal, which limns the liminal, the porous boundaries between self and others, home and abroad, and which, as one day ends and another begins, finds the hope for new forms (of poetry, of community, of being):

Still there are still the seeds of energy and choice
Still alive even if forbidden, hidden,
And while a man has voice
He may recover music.

By the way, if you hear in these lines an echo of a famous passage by W.H. Auden (“All I have is a voice / To undo the folded lie,” “Hunger allows no choice . . . We must love one another or die”), you’re hearing not the echo but the originating call; MacNeice is writing almost a year before Auden’s “September 1, 1939.” Just sayin’.