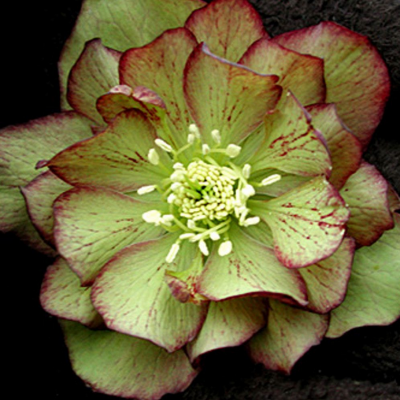 “So much for Christmas”

Vita brevis, ars longa. The week before Christmas finds MacNeice in London’s National Gallery. Outside, movement continues and suggests ephemerality. Inside, “Other worlds persist,” caught and elevated to significance by the artists’ attention, by the achievements of form.

Last March, sensing how things were going and that museum doors would soon be shut, I stole an hour between meetings to duck into the Smith College Museum of Art. The visit felt like a last leave-taking from old friends (I took quick photographs of some favorite works) and like a farewell to the very act of standing in front of paintings (as opposed to staring at reproductions). During the intervening months, that experience of seeing art, of finding some consolatory order and endurance in the frame, was one I keenly missed. I’ve been able to get back into galleries lately, and I have found the frantic rhythms of my mind soothed by those long moments before the canvases. MacNeice, though, finds the “arrogant Old Masters” irritating, not least because they evince the persistence of the past.

The museum visit introduces the lead-up to Christmas. Sections XX and XXI prepare the way, and section XXII celebrates (sort of) Christmas as MacNeice heads back to Spain, where Autumn Journal will conclude. In so doing, it suggests a seasonal opposition that maps onto others that the poet has explored over the course of the poem. In the recurrence of the holiday, with its traditions and familiar practices, MacNeice finds the stasis and abstraction against which he has posed not only change and the concrete but also movement in the social sense, the collective engagement into which he feels himself (almost against his will) repeatedly drawn. In XX, he recalls “childhood’s thrill” at Christmas and “the feeling that Christmas Day / Was a coral island in time where we land and eat our lotus.” In XXI, he wonders “what is there of value” once we “clear away / All this debris of day-to-day experience?” By XXIII (and “December the nineteenth”), he has resolved (again):

I have taken my ticket south, I will not look back,
The pipes may burst for all I care, the gutter
Dribble with dirty snow, the Christmas party
Be ruined by catarrh;
Let us flee this country and leave its complications
Exactly where they (the devil take them) are.

While characterized as flight, the decision to journey from “Dover to Dunkerque” is as much a trip toward and into as it is an escape from.

Section XXI returns to something of a pivotal scene for MacNeice, a scene not from the autumn of 1938 but from the winter of 1935 when, sitting in a room in Belfast, he felt “the drunkenness of things being various” while contemplating roses inside the “great bay- window” juxtaposed with snow falling outside. “Snow,” the poem that resulted from this moment of insight or epiphany, is among MacNeice’s most frequently anthologized, analyzed, and memorized poems. It is a top-ten favorite lyric poem of mine, the insistent on physical experience and the pleasure of pronunciation downright Keatsian:

World is crazier and more of it than we think,
Incorrigibly plural. I peel and portion
A tangerine and spit the pips and feel
The drunkenness of things being various.

The poem performs as it proffers the preference for sensory experience. It revels in mutability, even in the world’s sudden shifts from “spiteful” to “gay” and back. The roses, in its last line, are “huge.” In Autumn Journal, the flowers that furnish MacNeice’s comfortable room are “enormous,” a “daily mint of perishable petals.” Now, as in the earlier poem, the blossoms call him to the things of the world and occasion another explicit rejection of the abstract (“we cannot ever / Live by soul alone; the soul without the stomach / Would find its glory gone”) and decision to join the world:

But with life as collective creation
The rout is rallied, the battle begins again.
Only give us the courage of our instinct,
The will to truth and love’s initiative.

The final stanza of “Snow” refers to the fire that warms the rose-enlivened room (“the fire flames with a bubbling sound”), and the fire seems to illuminate the poet’s realization that the world is “more of it” than we might suppose. Just as flowers turn up in the Primrose Hill apartment now, so does fire. Indeed, the final third of section XXI is an apostrophe to the fire in MacNeice’s hearth. Turning from “chrysanthemums and dahlias,” he echoes Shakespeare in characterizing the fire: “its desire / Consuming fuel, self-consuming.” Addressing the flames, MacNeice hopes, like the fire, to burn recklessly, to “deride the dark / And jump to glory from a single spark.” Having long struggled with his cool tendency to withhold, he resolves now to warm the world. In 1938 as in 1935, in London as in Belfast, the fire inspires the poet’s embrace of the various, the impermanent, and the living.

It is interesting (and perhaps nothing more than interesting) that this apostrophe to fire follows reference, in section XXI, to Christ who, though he should “lie quiet in the garden,” instead “Flowered into flame.” Taken together, these sections suggest that the persistence of the past is both irritant and productive provocation. Though he grew up in the precincts of St. Nicholas Cathedral and, the son of a rector, in the Church of Ireland, by the 1930s MacNeice was no Christian: Jesus and Socrates appear together as “movements of the past.” But the fact that they are “movements” whose movement continues suggests that, though MacNeice sets cold abstraction against the warmth of specificity, these figures somehow trouble the boundary. If I’m right that Shakespeare’s Sonnet 73 lurks in the embers of that self-consuming fire in section XXI, then the Jesus/fire connection takes on a particular significance. For Shakespeare’s speaker, the glowing embers suggest that the fire of desire is not dead yet; just as a few yellow leaves still hang on the wintry boughs, a little heat persists in the dying flame. The same might be true for those “movements” of the past which, though appearing to offer stasis and system, in fact still thrum with the capacity to enliven perceptions in the present. “A fire,” MacNeice concludes, “should be left burning / Till it burns itself out.”

Section XXII hints that, though he has bid his love farewell a few times now, there’s still a little heat in those dead embers too. MacNeice suggests that he is skipping town for Christmas out of boredom and frustration with English society. In fact, he had agreed to go to Barcelona with a group of English writers interested in the fate of the embattled Spanish Republic. When fascist bombardment of the city discouraged the other writers from traveling, MacNeice decided to go it alone, with a stopover in Paris for Christmas before catching the train to Perpignan. This journey is, therefore, one of the several moves MacNeice makes over the course of the poem from contemplation to action, from solitude to solidarity. Out of the pan, we might say, and into the (figurative) fire.

He gives no indication of this redefinition of his plans, and, instead, wishes for female accompaniment: “Sweet, my love, my dear, whoever you are or were, / I need your company on this excursion.” As in earlier moments, MacNeice mingles memory and fantasy here; the addressee (the second apostrophe in as many sections!) is at once the lost beloved, Nancy, and the “elegant and witty playmate” he enjoys making up from bits and pieces of pop culture. The latter aspect of the desired companion prompts MacNeice to his own bit of playacting, and as he sits “alone, drinking, wondering if you / Will suddenly thread your way among these vulcanite tables,” he fancies himself the sophisticated cynic, aloof from holidaying English couples and indulging in “hard-boiled make-believe.” It’s a role he relishes, but one that he acknowledges is just a role: “The cynic is a creature of over-statements // And how (with a grain of salt) I enjoy hating / The world to which for ever I belong.”

Only at the end of the section, Christmas in Paris done and bitterly dusted (“So much for Christmas”), does MacNeice admit to himself the real purpose of his journey. In doing so, he rounds the corner into the final two sections with a sentiment suitable for the season. He resolves to welcome the new year “on hungry faces,” to witness those whose “hungry mouth / Refuses to deny the heart’s allegiance.” On one level, he means the suffering citizens of the Republic, but on another MacNeice refers here to the more general collective he has flirted with joining over the whole course of the poem. There, amid the “pain and pride” of a Popular Front government on the brink of annihilation, he will find at last a meaningful “annunciation.”