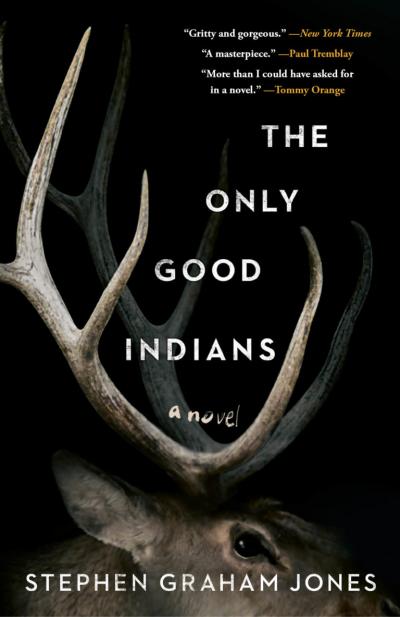 This is the story of when I stopped trusting people.

I'm seventeen, living the life. Work all day, drink all night, never worrying about bills or tomorrow. The songs I was listening to were my script. We've all been there; I don't need to go into it. What happened, though, was that one bleary bright morning I run into a guy in a parking lot who tells me somebody I know got raped last night, maybe at a house I'd been in for a few minutes.
—from "The Guy with the Name," Volume 62, Issue 4 (Winter 2020)

Tell us about one of the first pieces you wrote.
Called “The Gift.” I wrote it when I was nineteen, sitting in an ICU for three days. It’s a girl waking up in the ICU after a car crash in which her boyfriend died. It’s winter, and the windows of her room are frosted on the outside. His spirit or ghost or whatever’s remaining because of supertrue love comes to her window, traces . . . I’m guessing a heart? Seems right for that story. But I haven’t read it for thirty-odd years, probably, so I may be laying more sentimentality on my nineteen year old self than was there. Except? I also remember being nineteen somewhat well. Pretty sure I was just as sentimental then as I am now. I think it’s why I’m so drawn to horror, really. Horror’s very sentimental.

What writer(s) or works have influenced the way you write now?
This week, today, with what I’m working on right-right now: Kevin Williamson. Guy who wrote Scream.

What other professions have you worked in?
I was always manual labor until I lucked into teaching. I’d still be doing manual labor if I hadn’t hurt my back, needed a desk job. Never had any aspirations to work inside, to not need steel-toed boots and gloves. Still feels like cheating, sort of, to not have to take a shower after ‘work.’ Well, sometimes a mental shower, depending on what I’ve been writing that day.

What did you want to be when you were young?
So many things. Architect. Blue Angels pilot, if they’d let me have long hair. Wolverine. Lead singer for a hair metal band. I mean, if I could sing, or play guitar, or knew anything about music, or could even remember a song or carry a tune. Really I just wanted that lifestyle, I guess. I wanted big hair and leather pants, and to live in those music videos.

What inspired you to write this piece?
Guilt.

Is there a city or place, real or imagined, that influences your writing?
Everything I write is West Texas, as far as I can tell. I think you can only finally know the emotional contours of a single place, and for me that’s West Texas. No matter where on Planet Earth I set my story, no matter if I’m writing something set on Mars there hundred years in the future or Middle Earth way back when, peel up that ground and there’ll be mesquite beans there, and bootprints I know. Can’t seem to help it.

Is there any specific music that aids you through the writing or editing process?
Definitely. Any music I know inside out, and can turn up super loud to stop me from being able to think. Lot of hair metal, lot of Earl Thomas Conley, plenty of Meat Loaf and Cher. Usually some Alabama threaded here and there through the playlist. I can’t listen to Townes Van Zandt or Roseanne Cash while I’m writing, though. All I want to do when they’re coming through the speakers is listen. There’s two writers I can’t read while writing a novel, too. Philip K. Dick and Kurt Vonnegut, Jr. They each make me wonder why I even try.

Do you have any rituals or traditions that you do in order to write?
Nope. Rituals and traditions associated with writing are just pre-loaded excuses not to write, so I try not to get involved with any of that. Or . . . maybe “finger health,” if that can be a ritual? I’d like it to be a tradition, anyway. More than it is. Which is to say, I’m always hurting my fingers, my hands, my wrists, and that can make it tricky to work at a keyboard. But, too, I ruined a keyboard once from bleeding on it so much, since my hands were all chewed up, so? You can still write even without great finger health, I guess. If you’ve got a backup keyboard or two.

What are you working on currently?
Polishing a slasher novel and lining up another to write in spring. Also doing rewrites on a feature script. Well, on two, really, but one’s paused for a week or two, I think. Oh, and writing a television pilot too.

What are you reading right now?
Elissa Washuta’s White Magic. It’s amazing. Also probably about to fall through The Hunting Accident, by David L. Carlson and Landis Blair. And the last few days I’ve been ‘reading’ a lot of Golden Age slashers: Final Exam, Graduation Day, House on Sorority Row, Slumber Party Massacre, Just Before Dawn, Sleepaway Camp, Slaughter High, probably two or three more. Feel like I’m looking for something, but I’m not sure exactly what. But I’m re-finding a lot of stuff along the way. Slashers are my happy place.

STEPHEN GRAHAM JONES is the author of twenty-five or so novels and collections, and there’s some novellas and comic books in there as well. Most recent are The Only Good Indians and Night of the Mannequins. Stephen lives and teaches in Boulder, Colorado.