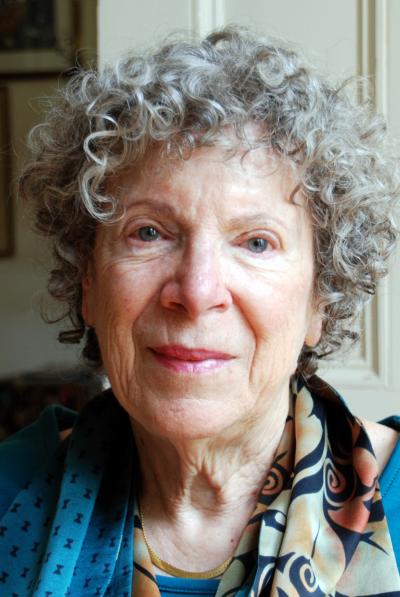 It was the promise that the trees will soon be strong enough for climbing that kept me looking forward to my family's picnics. This was back during the short hiatus that separated the traumas of World War II from the violence that saw the birth of Israel in 1948. The promise was a lie, of course, though as a child I did not yet know it. There were other lies, too, for me to learn about, though that came later, much later.
—from "The Clearing," Volume 62, Issue 1 (Spring 2021)

Tell us about one of the first pieces you wrote.
“Lights Vanish in Lifta,” which ended up in Shifting Sands, writing by Jewish Women resisting the Occupation. Mine is a short collection of memoir vignettes that began as an exercise during my first foray into creative writing at UMass Boston's William Joiner Center for the Study of War and Social Consequences. I was just retiring from forty years as an academic and did not at the time plan to write a book.

What writer(s) or works have influenced the way you write now?
Conrad, Faulkner, and Virginia Woolf—for decades! Sebald more recently, too. They shine!!! (Kafka and Beckett earlier, too, and modernist international films, especially Eisenstein, Resnais, and Satyajit Ray’s humanism.)

What other professions have you worked in?
I was a literature and film professor for forty years.

What did you want to be when you were young?
A writer. Then, as a woman of my generation, I expected nothing beyond being a wife and a mother.

What inspired you to write this piece?
Israeli politics, especially since the 1967 Occupation and the two wars in Lebanon. Since I’m Israeli “in exile,” as I see it, both informed and attached to that heritage, at some point I felt propelled to stand up and speak “to power.” My writing springs from profound pain and disillusionment.

Is there a city or place, real or imagined, that influences your writing?
Israel, and the abandoned Palestinian village of Lifta, just outside Jerusalem.

Do you have any rituals or traditions that you do in order to write?
No, just a quiet, uncluttered space. I do best oat writing retreats.

Who typically gets the first read of your work?
Write-friends. They’ve been wonderful!

What are you working on currently?
Mainly searching to publish my book. Lurking in the background is a personal essay about Rabindranath Tagore in India and Israel.

LINDA DITTMAR grew up in Israel during its formative years, 1939-1960. In the U.S. since 1961, she studied at City College of N.Y. and Stanford University (ph.D.1970). Now Professor Emerita, she taught literature and film studies at UMass—Boston, including two semesters at Tel Aviv University, visiting lecturer at the University of Paris, and two Fulbright grants to India, the latter as Distinguished Chair. In addition to many articles and book chapters her writing includes the books From Hanoi to Hollywood and Multiple Voices in Feminist Film Criticism. Her memoir-in-progress concerns the Israeli-Palestinian conflict, focusing on the war of 1948.