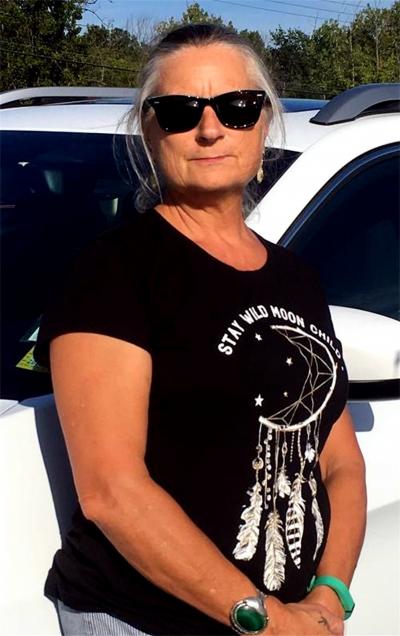 Nowhere an Uber or Lyft
I wondered about fate and taxis

Dirt, long since thrown upon graves and caskets
their resonant thuds quelled
—from "I was hurried, not agitated," from Volume 61, Issue 4 (Winter 2020)

Tell us about one of the first pieces you wrote.
My first memory of creative writing is this: I was probably somewhere between 3 and 4 years old at the age where a child begins to scribble in a clear up and down motion. In Developmental Psych, it’s referred to as emergent literacy. I specifically remember using a blue Bic pen (the kind that advertisements strap onto figure skates, skated about a bit and then wrote with the pen.) I had a spiral ring notebook, and wrote in cursive, front and back, on the lines properly, a story which I took to my older sister to read to me. You see, I realized that I didn’t know how to read yet. The concept that one had to be able to read in order to write didn’t exist in my mind. So, I had to ask my older sister to read the story to me.  I clearly recall the look on her face as she examined the two extremely full pages of my “writing.” She was faced with a dilemma: 1. hand it back to me telling me is was just scribble with no meaning, or 2. make up a story. I am grateful that she made up a story which I’ve long since forgotten. However, ever since that moment, I have called myself a writer. As I got a tad older say around 6 years old, I would be awakened late at night by the moon and write poetry often it was rhyming but not always. I was raised in incredibly rural west central Maine and being apart of the Natural World was simply a normal way to be. It was how I was raised. It was part of my family’s culture and way of life. I thought all families lived this way and all kids had a relationship with the Natural World. When I got older, moving into my teens I realized how wrong I was.

What writer(s) or works have influenced the way you write now?
I do not hail from a financially wealthy family and several of my poems speak of that discrimination and marginalization. Literature that really piqued my neurons, of course, Shakespeare. My Mother spoke to us kids in a Quebecois French until we started getting into trouble at school with the French teachers who insisted on Parisian. It was natural for me to read works of Robbe-Grillet whose cinematic points of view and mechanics really set me to explore syntax and semantic perceptions. I followed that up with Beckett and Ionesco, really pushing the absurdity, the phenomenological, and freedom to honor my imagination. Finally, as I reconnected with my Indigeneity, I was introduced to Harjo, Youngbear, and Ai.

What other professions have you worked in?
LOL What professions have I not worked in may be easier to answer. I have been a photo/print journalist, medic, chaplain’s assistant, certified fitness instructor, Hospice care worker, tannery worker, certified ski instructor, herbalist. I still teach Folkloric style belly dance from a Natural World somatic Expressive Arts movement perspective. I still am a singer/songwriter and on occasion perform out (not nearly as often as I did 20 years ago.) I still run my Dojo teaching and practicing Aikido and Iaido—albeit in a limited and COVID-safe manner. I am a Credentialed Alcohol and Substance Abuse Counselor. Perhaps you can see how and why I pursued professional education in writing and Expressive Arts Therapy.

What inspired you to write this piece?
I was facilitating an Amherst Writers & Artists writing workshop and one of my prompts happens to be a box filled with an assortment of broken watches. The watch that I selected triggered some anxiety as I remembered conventional employment where time was rigid and most linear. Just holding the object created a cascade of emotions. When I detect this type of sensation, I have to slow myself down and dive into the experience or memory sensations. I had to slow down enough to explore what was going on, thus, the title: “I was hurried, not agitated.” I gave myself permission to free associate i.e. free write, and the surprise that emerged was the memory of my Grandfather’s quirk with watches.  My Grandfather was killed in a tractor accident tilling his strawberries one autumn getting them ready for winter.

Is there a city or place, real or imagined, that influences your writing?
The Natural World, wherever on this Mother Earth I find myself—mountains, oceans—Spirit of place.

Do you have any rituals or traditions that you do in order to write?
Writing is now my ritual that I feed with exposure to place and/or experiences. Sometimes I use a voice recorder, I always have a journal or two with me to take notes of thoughts, images, sensations. 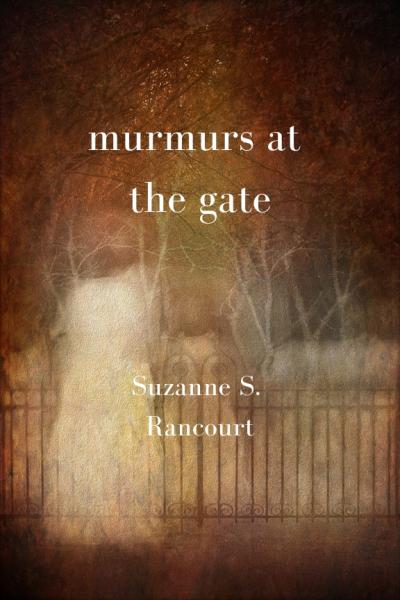 After I write a piece, I like to let the writing mull then re-write and re-read (silently and aloud) and then I start sending the newbies out. On occasion an editor will give feedback which I consider. If the feedback feels right, I’ll apply it as long as my narrator’s voice remains true and the thread of the poem is strengthened. Sometimes the strongest thread isn’t what I thought it was so I get to both explore and grow as a writer. I never throw out earlier versions of work while adjusting their fit. Sometimes, I’ll end up with several different poems from one piece.  I enjoy surprises that emerge organically.

If you could work in another art form what would it be?
Painting. My Memere, (my Mother’s Mother) was an accomplished oil painter taught by the Nuns.

What are you working on currently?
Well, I’m gearing up a book tour for my 3rd book, Old Stones, New Roads, forthcoming April/May 2021 from Main Street Rag Book Publishers. I’m also just starting to send out my 4th manuscript, which I’m constantly editing.  I’m excited about the prose poems, the storytelling, the etherealism and Spirit. There’s also a dissertation in the works!

What are you reading right now?
I’m re-reading W. S. Merwin’s The Miner’s Pale Children.  I’m one of those folks that’s always reading more than one book at a time so I’m also re-reading Ray Youngbear’s Manifestation Wolverine and a new anthology Edited by MariJo Moore, Power of the Storm: Indigenous Voices, Visions, and Determination.


Multimodal EXAT SUZANNE S. RANCOURT, of Abenaki/Huron descent, has published two books: Billboard in the Clouds, 2nd print, Northwestern UP, which received the Native Writers’ Circle of the Americas First Book Award; and murmurs at the gate, Unsolicited Press, 2019. A third book, Old Stones, New Roads, is under contract, and her fourth, Songs of Archilochus, seeks a press. She is a USMC and army veteran who holds an MS in psychology from SUNY, Albany and an MFA in writing from VCFA. Suzanne is widely published.