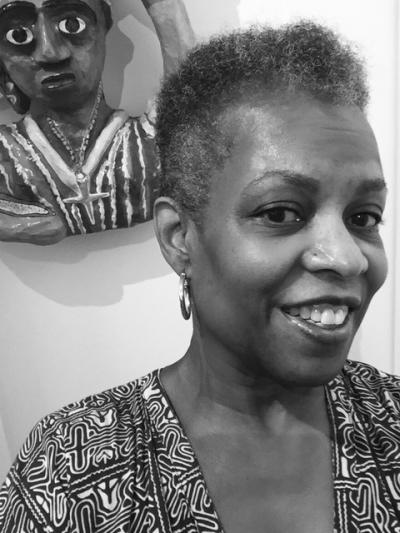 The term slave refers to a faceless and nameless group of bodies: bodies brought to the United States and worked, tortured, and discarded for more than four centuries. In contrast to individuals who perished in the Holocaust, there are few true records of slaves having lived their lives as fully actualized people. Of course, there are slave sale ledgers and insurance logs and even some veterinary logs that remain; however, it is not the same.
—from "A Herstory of Pain," Volume 62, Issue 1 (Spring 2021)

Tell us about one of the first pieces you wrote.
I was in the 3rd grade when I wrote my first piece. It was a story 'after’ a popular TV show, The Parent Trap; likely, the only TV show I was allowed to watch. I took the show’s two protagonists, a set of twins, reconfigured them in my image and placed them in my world: a middle class, predominately Black neighborhood in Northwest Detroit. The twins played double-Dutch, hopscotch, hide-and-go seek and rode their bikes the length of the block, just us. The neighborhood’s grandmother, Mrs. Wilson, called them to her porch and put Vaseline on their legs when they became ashy. This story was brought to the stage (my garage) with the help of my friends who humored me and performed it under my direction. I wrote a few more plays after that but none that were performed.

What writer(s) or works have influenced the way you write now?
Writing poetry in my teens became a vehicle through which I expressed my views about the social injustices of the post-Civil Rights era. A number of Black poets influenced me; Sonia Sanchez, June Jordan, Don L. Lee, Amiri Baraka, Nikki Giovanni and, of course, Gwendolyn Brooks. My mother had taken me to a Langston Hughes poetry reading when I was nine. From him, I learned just how playful poetry could be.

I’d say that Toni Morrison had the greatest influence on me. She infamously said to ‘write the stories you want to read’, and I took that to heart. Isabelle Allende’s writing, particularly House of the Spirits, resonated with me and gave me additional permission to imagine, speculate and ‘color outside the lines’, so to speak. Other influencers include, Alice Walker, Elizabeth Alexander, Lorrie Moore, Edwidge Danticat, Jamaica Kincaid, Elmore Leonard. I credit Elmore Leonard for my interest in writing noir fiction. Louis Erdrich (I adore Love Medicine) and Jennifer Eagan (A Visit from the Goon Squad) were influencers. Most of the authors whose books I consumed voraciously in my youth were white and male. I was fortunate to enter my teens as more women and women of color were being recognized and published.

What other professions have you worked in?
I am a gastroenterologist, I’ve taught bioethics, I was acting commissioner of Public Health for Philadelphia. I also served as Peace Corps Medical officer based in Cote d’Ivoire and then South Africa. I worked for an HMO (insurance company) as medical director, I was the island epidemiologist in Puerto Rico. I cleaned houses during one spring break in college for the experience, and I've worked as a medical receptionist. I am a mother of two and a grandmother (aka ‘YaYa’) to two loveable and brilliant grandchildren.

What did you want to be when you were young?
I was introduced to poetry at a young age. I knew I wanted to be a writer as soon as I could write. Unfortunately, that was a no-go in my household. According to my parents (both of whom were in the medical field), writing was something one did as a side interest, not as one’s sole profession. My Dad, a physician, doubled down in his efforts to have me consider a more ‘substantial’ career like medicine. He took me to the hospital with him and afterward to Howard Johnson’s for an ice cream sundae; classic Pavlovian conditioning! In addition to my stories, I began writing poetry. In high school, a publisher from a local press expressed interest in my poetry manuscript but my parents would not hear of it. Winning a citywide poetry contest did little to change their minds. I graduated high school at 16 years of age and dutifully became pre-med and, eventually, a doctor (as did two of my three siblings). I stopped writing for a number of years, during which I pursued medical specialty training and had two children. When I moved to Cote d’Ivoire to work for the Peace Corps, the experience served as a creative wellspring for me! I wrote about the food, the culture, the plants, the weather, the people. I’ve been writing ever since. 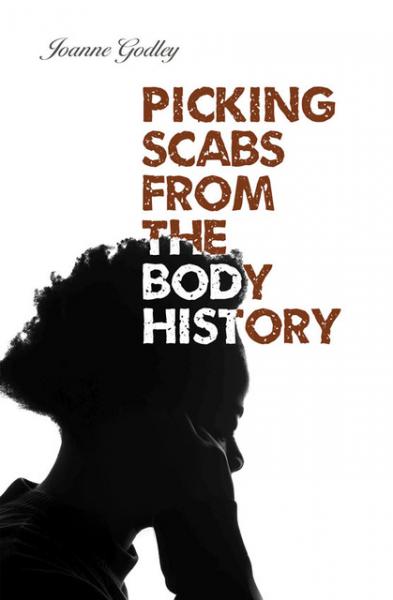 In the process of conducting research for a bioethics paper on human experimentation, I discovered Dr. J. Marion Sims. I was outraged at his maltreatment of enslaved women. There was no concept of consent for enslaved persons and he employed no anesthesia for them, despite its availability during that period. I was incensed that he built his legacy on experimental surgeries on humans. And, that no record existed of his victims. Who were they and how had they processed such violations? I developed the idea of conducting an imaginary interview with Anarcha (one of the women) and speculating what she might have said in response to my questions based on the few details I knew about her circumstances; in other words, this is speculative non-fiction.

Is there a city or place, real or imagined, that influences your writing?
The city that most influences my writing is Abidjan, Cote d’Ivoire (before the civil war). I recall it being a colorful and magical city. It used to be called the Paris of West Africa. There was an ice-skating rink inside the poshest hotel downtown! I am sure that things have changed significantly since the war. My memories of the city come alive on the page.

Is there any specific music that aids you through the writing or editing process?
I play music for almost every other activity (i.e., I even have a playlist for my colonoscopy procedures), and I love music. However, when I write, I prefer near-silence. Street noises, I can live with. They fade into the background. Odd, right? Music distracts me when I write.

If you could work in another art form what would it be?
Mosaic art. Though perhaps, that doesn’t count because I already do that. I mosaiced parts of a house in West Philadelphia: steps, mirror, fireplace. I mosaiced a sink for a friend as a wedding gift. Other than that, I would be a collagist.

What are you working on currently?
I’m doing research for an essay about my ancestral home in North Carolina. Also, I’m writing what I’m calling a speculative epistolary lyric piece.

What are you reading right now?
I’m finishing The Best of Brevity-flash nonfiction essays; I’m really enjoying reading A Measure of Belonging, an anthology of essays by writers of color on the New South, and Night Angler, poems by Geffrey Davis.

JOANNE GODLEY is a physician, writer and poet residing in Alexandria, Virginia. Her lyric memoir was a finalist for the Kore Press Memoir contest and received honorable mentions in the Deborah Tall Lyric Essay Book contest and the National Woman’s Book Association Contest. Her poetry is published in an anthology, 50/50. Her poetry chapbook was published in summer 2020. Her nonfiction and fiction can be found on the Kenyon Review blog and on Akashic Press’s blog, Mondays are Murder. She attended Bread Loaf Writer’s Conference, the Kenyon Writers Workshop, VONA and was recently granted a poetry/author fellowship by the Martha’s Vineyard Institute of Creative Writing. She is writing a novel.