Mobilize the Diaspora, End the Pandemic! 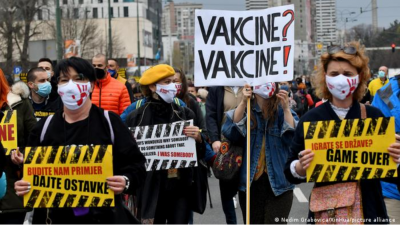 As we all know, the coronavirus pandemic will end only when it is defeated globally. One important obstacle, worldwide vaccine hesitancy, is likely to prove to be a more formidable barrier than, for example, equitable distribution. The politics and deceit that fuel vaccine hesitancy regrettably have longer shelf life than the vaccines.

Engaging the diaspora is one way to mitigate the reluctance to inoculation in countries where political systems are unstable and misinformation is rampant. Diasporic communities represent a powerful intellectual and economic force in the development of their countries of origin. Institutions such as the European Commision have even enacted policies that deploy the diaspora and attempt to harness its potential.

Bosnia and Herzegovina (B&H) is a case in point, one of many. It is our hope that, by describing the situation in B&H, other immigrant communities and their home countries will be inspired and take action.

More than 2 million people originally from B&H reside outside the country, an enormous number when compared to the 3.3 million who live in it. The wars of the 1990s that caused the most recent exodus still loom over the country’s incompetent, corrupt, and self-serving political class, which is to this day responsible for one of the world’s most sustained brain-drains.

Despite its initial success in restraining the virus (through a lockdown that was later found to be unconstitutional), B&H has over the last year experienced several dramatic pandemic waves and now has one of the highest COVID-19 mortality rates in the world. The government has no plan for securing vaccines and has instead relied on gifts and donations from other countries. Thousands of B&H citizens, including some government officials, recently traveled in desperation to neighboring Serbia in order to get vaccinated, after its president opened the borders to foreign citizens in an attempt to salvage excess vaccines from going bad.

Exhausted by the pandemic and frustrated by recurrent tales of corruption, B&H citizens are prime targets for misinformation. Among European countries, B&H is near the bottom of the ranking in media literacy, due to underperformance in education and press freedom. Without a robust and independent media infrastructure, during the current crisis, B&H citizens are even more vulnerable to deception. Surveys found that more than half of the people living in B&H believe in some sort of conspiracy theory and that they will probably or certainly not take the COVID-19 vaccine, thus bringing into question eventual herd immunity.

One B&H diaspora organization in the U.S., the Bosnian-Herzegovinian American Academy of Arts and Sciences (BHAAAS), has recognized and confronted this challenge from the early days of the pandemic. BHAAAS was founded in 2007 in Charlotte, NC, with the goal of connecting B&H scientists, doctors, artists, and professionals in North America and beyond and building bridges of cooperation with B&H. The organization has an extensive record of collaborations and activities that aim to promote intellectual and social growth.

With the support of the World Health Organization in Sarajevo and the Mayo Clinic, members of BHAAAS have been organizing COVID-19 support and educational sessions for medical personnel in B&H. BHAAAS has also produced 60 Seconds about Corona, a series of over 40 short videos created by doctors, scientists, and media experts in B&H and the diaspora. The videos covered “hot” COVID-19 topics in language accessible to a broad audience, carefully curated and fact-checked by a team of editors.

These activities were a success. More than 100 online consultations have been conducted, and an active exchange of knowledge and experience continues via a message group consisting of some 450 health care professionals from BiH, neighboring countries, and the diaspora. The educational videos were played over 300 times on news portals and television stations in B&H as well as in Croatia and Serbia. They were viewed over 50,000 times on YouTube. The Facebook reach of the series was close to half a million. For a country as small as B&H, these numbers are astonishing.

Motivated by the positive feedback, BHAAAS recently initiated a six-month-long program intended to train B&H journalists in science reporting. Workshops, lectures, and research projects will be aimed at empowering journalists to more effectively battle the misinformation and serve as interpreters of valid, accepted science and catalysts for social change.

The positive reception to BHAAAS’s messaging indicates that the prevalence of misinformation in B&H is not necessarily about ideology or politics; there might simply be a lack of access to the right information. When the content was provided by a trustworthy organization like BHAAAS, one with scientists and health care professionals in its ranks, medical experts, the media, and the general public embraced the facts.

And Bosnia and Herzegovina is no exception: there are hundreds of diasporic organizations like BHAAAS, representing other countries and other communities around the world. Many have the expertise to counter misinformation as well as the clout to sway public opinion in their homelands. A coordinated effort to capitalize on this influence by working with such organizations would go a long way in countering fake news and conspiracy theories and in convincing people of the safety and necessity of vaccinations.

Ljiljana Djukanović is a biotechnology consultant based in Portugal and a BHAAAS member.

Ismar Volić is a Professor of Mathematics at Wellesley College, the director of the Institute for Mathematics and Democracy, and vice president of BHAAAS. 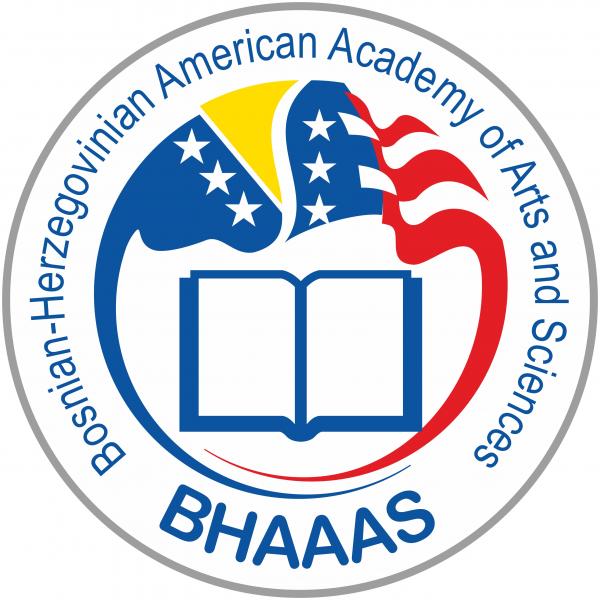