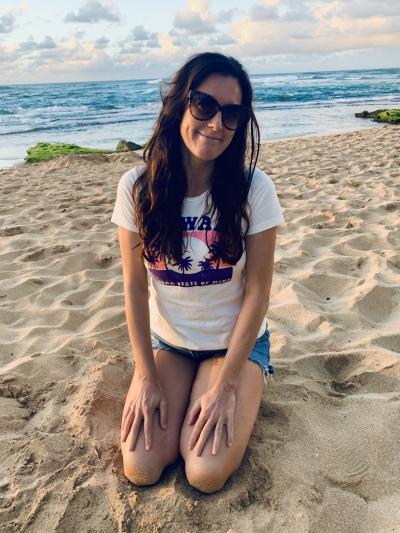 Trust your move, Galileo, in the warring
starry fields.

Tell us about one of the first pieces you wrote.
I wrote a poem about mud in fifth grade that I was really proud of; it was a pretty good poem and my teacher asked me to read it at our spring festival, this auditorium filled with kids and parents. And I got nervous and decided to read it in this ironic, self-mocking way, I really sold myself out. And I felt terrible afterward about myself, because I knew I had dishonored the poem, and somehow I knew that this was a serious thing, a big deal, to pretend that I had this lightweight and cynical sentiment in the poem when really the poem was, in retrospect, about a kind of ecstatic experience of the world that was sort of brave actually, and baring, and honest.

My teacher asked me later why I read the poem that way, and I pretended I didn’t know what she was talking about. But I knew obviously. I try to remember that feeling and to choose risking sincerity instead of other probably safer stances. To be as brave in the world as I am on the page.

What writer(s) or works have influenced the way you write now?
I love writers who take on California as a subject, a setting, a character. Joan Didion comes immediately to mind! I’m fascinated by a cold and untethered narrator or speaker, someone losing ground in their ability to hold off the world.  A book that enormously affected my imagination was Italo Calvino’s Italian Folktales. The darkness, magic, and food, as well as the omnipresence of the ocean, have definitely influenced my writing. And reading the first page of Toni Morrison’s Jazz in my high school library, which was so astonishing that I remember having to sit down on the library floor because I truly thought I was going to pass out, taught me that you can feel language with your whole body; that there were writers out there working with a courage, imagination, and authority I didn’t even know existed.

What other professions have you worked in?
My first job was waiting tables at a Mexican restaurant called Gloria’s Kitchen in my hometown (it’s still around) and in my twenties I bartended at a nightclub in San Diego. That was fun. I’ve also worked in education, K-12 public schools and higher ed. One autumn I had a disastrous job working on a sailboat in the USVI/BVI. My career started in print journalism — one of my first assignments was to climb on a boat in search of a megapod of blue whales. We didn’t see any, but it was exciting. I’ve also edited a surf magazine and answered the phones at my dad’s plumbing shop a few times.

What did you want to be when you were young?
I knew in elementary school that I wanted to be an artist and writer. I just always knew I was a writer. For a long time I believed that knowing I wanted to be a writer really young meant that it was a calling, but now I think maybe there just weren’t a lot of potential careers I knew about. I saw my dad come and go daily in his plumbing truck, the mail carrier brought the mail, I had my teachers. I spent all my free time reading books, so I think it just added up.

What inspired you to write this piece?
I began this poem in the first year of the last presidential administration, and like a lot of people was grappling with unseated anger. I was also serving as AIR at the National Center for Ecological Analysis and Synthesis, so was more tuned to science in my poems. At some point I’d learned that Galileo had three children with a woman he didn’t or wouldn’t marry, and he placed his two daughters to live their lives out in a convent. It seemed like just one more story of history blunting out women and I started playing with language to explore the beauty and mystery of astronomy against the clippedness of the lives Galileo chose for his daughters.

Is there a city or place, real or imagined, that influences your writing?
My hometown of Ventura and the coast of Central California are deep, deep roots in my writing. There are some heavy and formidable bodies of water that very much pressure my writing; the Pacific Ocean being one. California freeways and citrus orchards, they’re in there. The California sky, all pale and airplane-veined. And then I would say parts of Italy, in the past few years, have pressed into my writing: Alassio, Perugia, Rome. When I was little, my dad’s shop had this dark back room for plumbing parts, it smelled exciting, like WD-40, ozone, copper. And it kind of felt like a church, I felt sacred in there. That dank and coil is part of my writing too.

Is there any specific music that aids you through the writing or editing process?
I have a small handful of songs that kind of act as a hypnotic for me. These I’ll put on repeat as a way of stilling time. I used to have this trick I was proud of, I could dissolve myself, and then I could just kind of channel what was pouring in. Like when the surgeon puts you in a twilight. In the past few years I’ve learned that there’s a word for that trick, dissociation, and it’s not necessarily the lucky trick I thought it was. Lately I’ve been writing and editing with just the sounds of the world around me, cars, the washing machine, little runs of silence, birds. 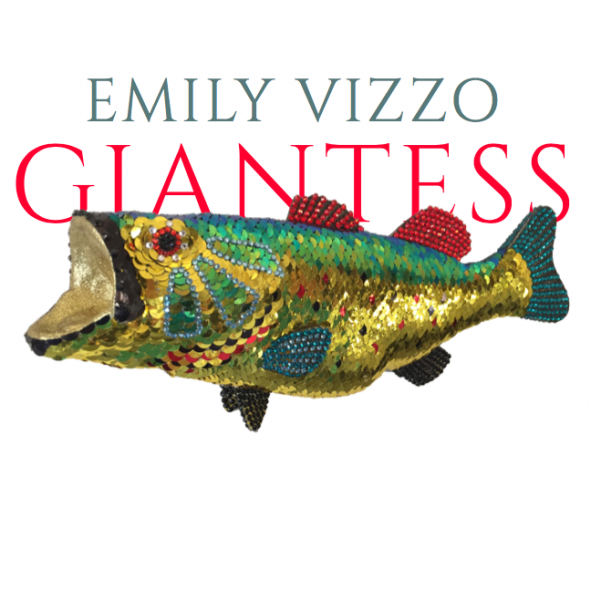 Do you have any rituals or traditions that you do in order to write?
Rituals and traditions kind of shift through the years, so something I might have done regularly a few years ago might not be right for now. I sometimes have trouble being in my body, so anything that makes my body feel relaxed—a run, a shower, sleep, meditation, walking—this helps me sit to write. I like to have piles of books handy for when I get stuck, to help me kind of find the trail again. Open windows.

What are you working on currently?
I’m participating in the Grind this month, so I’m sloshing through a lot of poem drafts, and that feels kind of hectic and fun. Together with my co-author and dear friend J.M. Farkas, I’ve written a picture book called Starflower: The Making of a Poet, Edna St. Vincent Millay, to be published by Abrams Books. We’re working on some writing related to the book this summer. Finally, not my own work, but feeding my imagination and spirit: I’m helping to promote the third issue for Air/Light Magazine, the new journal out of the University of Southern California.

What are you reading right now?
Like a lot of writers, I’m always reading a million things. Let’s see. I just finished Hanif Abdurraqib’s Go Ahead in the Rain: Notes to a Tribe Called Quest and Michael Pollan’s How to Change Your Mind, about the history of psilocybin and LSD research and treatment. I’ve been reading Elena Ferrante’s My Brilliant Friend in the original Italian for over a year; it’s slow going but meditative and humbling. Poetry-wise I’m reading Donika Kelly’s The Renunciations and Wisława Szymborska’s MAP: Collected and Last Poems. Last, I’m reading Paths to Prison: On the Architectures of Carcerality, a collection of essays from Columbia Books that implicates architecture and “the built world” in the formation of the prison industrial complex; and Letters: Summer 1926, a collection of letters written between Boris Pasternak, Marina Tsvetayeva, and Rainer Maria Rilke.


EMILY VIZZO is the author of Giantess (YesYes Books). A National Geographic Educator and former artist in residence with the National Center for Ecological Analysis and Synthesis, she was a recent panelist at the Nobel Prize Teacher Summit in Stockholm, Sweden, and is translating from Italian. She served on the executive committee in Santa Barbara for the Surfrider Foundation to help protect the coastline and ocean for California’s Central Coast. Her science and creative writing workshops received a Coastal Fund grant through the University of California, Santa Barbara.