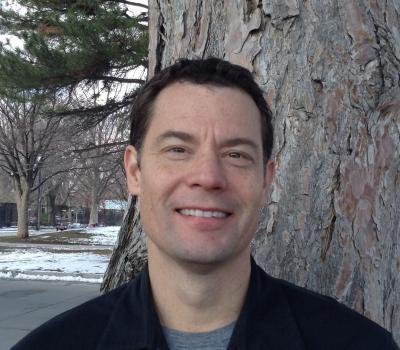 God sees me
as a bird
sees an airplane

Tell us about one of the first pieces you wrote.
When I was in tenth grade I had an English teacher who asked the class on a regular basis to write short stories that would be graded by our classmates (he was getting very close to retirement). Given that an A was guaranteed, there was no academic or creative pressure, and so I’d write outrageous, mock-serious tales designed to amuse my friends. I can’t recall any of the narrative details now, but I’m sure it was the best writing I’d done to that point, and for at least a decade thereafter.

What writer(s) or works have influenced the way you write now?
Too many to name, or even remember at this point, but certainly W.C. Williams, Frank O’Hara, Nazim Hikmet, Tomas Tranströmer, Lorine Niedecker, Donald Justice, James Wright, William Matthews, Larry Levis, Charles Simic, and Jane Hirshfield. I’m not sure all these poets directly affected the way I write in terms of form or style or subject matter; sometimes there’s just a sensibility that’s traceable.

What other professions have you worked in?
Well, “professions” might be a reach, but I’ve had some interesting jobs. I once worked as a test subject for insect repellent analysis. I had to sit in a forest and record my mosquito bites (frequency, severity) for hours at a time. I also had a short stint as a roadside clown, selling flowers. I’ve worked in a deli. And in a plastics factory making toy shovels. But mostly I’ve been a teacher.

What did you want to be when you were young?
Growing up, I really enjoyed playing sports, so I think I wanted to be a baseball player or a soccer player. As far back as I can remember, “playing” at something was always the goal. Writing can be hard work, but it’s very much play at the same time—and I feel lucky to have been given that opportunity.

What inspired you to write this piece?
Speaking of play, much of my work is about mucking around with angles of vision, with lenses that defamiliarize in order to ultimately clarify. “God Sees Me” began as a puffball thought experiment, in which I set out to invert/subvert expectations of near and far, big and small. Most of these experiments die a quick and painless death, but here I was happy to follow the poem’s own logical momentum. God, by the way, shows up with surprising regularity in my poems. I hardly know what the word means—which is where most of my poems start, from a place of childlike unknowing. 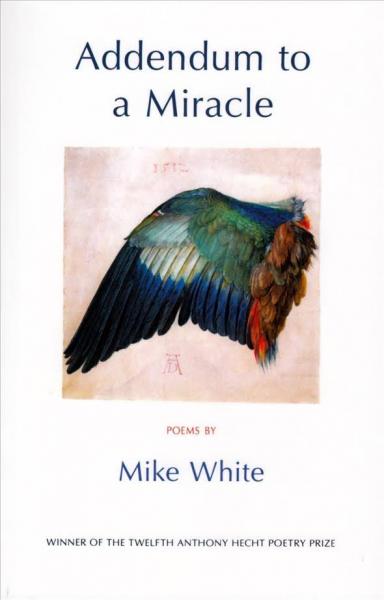 I grew up in Montreal, and though the city does not often enter my work directly, it seeps in . . . an inordinate number of poems about snowballs, for instance. I now live in Salt Lake, which is a very different sort of place. The city is bounded by mountains and desert, on a daunting scale. These landscapes inspire me, but in writing I can only approach such grandeur in small puzzle pieces . . . a single bird, a single tree.

Is there any specific music that aids you through the writing or editing process?
I’ll usually start with something very nature-y and background-y, something with a title like “wind blowing through trees with creek sounds,” and then eventually there will be too much wind or too much creek, and I’ll go back to silence.

Do you have any rituals or traditions that you do in order to write?
I usually read for a while before I start to write. Small poems by poets I admire. People who make it look easy. Also, coffee helps get things going.

What are you working on currently?
I’m currently in the process of writing and assembling poems for a third collection, very tentatively titled Goodness.

What are you reading right now?
I’ve been writing a lot of haiku in recent months, so much of my reading has been haiku or haiku-related as well. There are some terrific English language haiku journals that few poets are aware of . . . Modern Haiku, The Heron’s Nest, Acorn, Presence. So I’ve been poking around in those places. Also, with my son, I’ve been reading Jason Reynolds’s middle grade novel, Ghost, and I’m close to finishing Colson Whitehead’s novel, Nickel Boys.

MIKE WHITE has published two poetry collections, How to Make a Bird with Two Hands (Word Works, 2012) and Addendum to a Miracle (Waywiser, 2017). His work can be found in magazines including Ploughshares, Poetry, The New Republic, The Threepenny Review, The Yale Review, and Kenyon Review Online. Originally from Canada, he lives in Salt Lake City and teaches at the University of Utah.