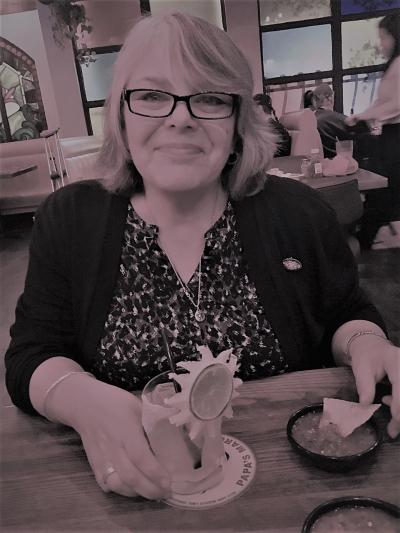 First, in complete silence, the yellow wall in my room cracks, spreading its spiderweb threads as quickly and as slowly as is possible only in a dream. Chills are crawling down my spine; hot flashes throb into my head. This is panic, fear, terror—a preverbal, pre-Russian sensation that as yet has no name.
—from "Phone Home," Volume 62, Issue 3 (Fall 2021)

Tell us about one of the first pieces you wrote.
This is a complicated question because in my several lives—Russian, French, and American, with some overlapping—there have been different chronologies. I wrote my first book in Russian at the age of seven; it was called Papa, Mama, Eight Children, and a Truck, and it doesn’t matter that this book, very popular in Russia, had been written already by a Norwegian children’s writer Anna Catharina Vestly. It was about a funny family, which lived, like us in Moscow, in one room. . .All eight children slept on mattresses, and Papa adored his truck, just like my father adored his Moskvich. In my book, I wrote about and drew pictures of MY family, like Borges’s Pierre Menard, the Author of the Quixote, so I never considered it plagiarism. I wrote poetry in French when I was a teenager. My first book in English was a collection of autobiographical stories on my life in languages, The Multilingual Self. It was part of my doctoral dissertation and was written in the fifth year of my life in America.

What writer(s) or works have influenced the way you write now?
Humanists concerned with the issues of memory, identity, and home: Jorge Luis Borges, whose mixed genre stories/essays blurred the border between nonfiction and fiction; J.M. Coetzee, the admirer of Dostoyevsky, who can write in English pretending to write in Russian (Master of Petersburg); W. G. Sebald, who focused on the atrocities of the war and the losses in Europe and whose writing has a magic non-linear form of different planes. I am inspired by contemporary multilingual writers who write in their non-native languages, whose formalism and playfulness I study and admire, especially Rabih Alameddine, Eva Hoffman, Ariel Dorfman, Joseph Brodsky, Aleksandar Hemon, Xiaolu Guo, Cristina Garcia, and most recently Jhumpa Lahiri.

What other professions have you worked in?
I have been working with languages and literatures all my life—as a teacher, translator, author, radio broadcaster, and an academic, both as a researcher and scholar. I tend to be a ‘horizontal' and interdisciplinary, having evolved from linguistics, French literature, and poetic semiotics to applied linguistics, multilingualism studies, second language acquisition, comparative literature, and an interdisciplinary field called Literary Multilingualism. I don’t believe in compartments, departments, and disciplines. My new job is Editor-in-Chief and founder of the Journal of Literary Multilingualism.

What did you want to be when you were young?
I wanted to be an ice cream seller (morozhenschitsa in Russian), so that I could eat as much ice-cream as possible. Ice cream was a mysterious item which was always available and never in shortage (in the country where everything was in shortage); it was sold in any season, from stands filled with dry ice, by ageless women wrapped in thick wool scarves, wearing a vatnik (padded jacket) and a dirty apron. They must have been clones. I don’t think I saw myself like them—I just wanted the ice cream.

What inspired you to write this piece?
"Phone Home" was a visceral and emotional reaction to the tragic event of 9/11 that shook all Americans and, in retrospect, changed me as an immigrant, a citizen, and a New Yorker. I went through the motions of that day and the following few days, as my mind processed the event with my senses (e.g. my idiosyncratic synesthesia), leaving behind the cynical Homo Sovieticus and building a true home.

Is there a city or place, real or imagined, that influences your writing?
When I was young, I used to ‘write’ poetry while walking. Often, I did not remember how I got from one place to another and sometimes I would go for walks with the sole purpose to ‘write’. We lived close to Moscow River embankment, and it was my special ‘lyrical’ place. The embankment featured something like terraces, romantic spots to gaze at the dirty water, with monumental stone staircases descending to the river. Down the steps was a small platform literally encroached on by the water, and it was especially dramatic to stand there during icebreaking in early spring. Apparently, I kept in my mind whole poems composed on the go, until I got home to write them down. Perhaps these walks are responsible for a habit to spend much time ‘in my head’?

Who typically gets the first read of your work?
It is hard to find that first reader who would be competent and constructive, yet sensitive and supportive. My younger daughter Julia is a great editor and usually a supportive reader.

If you could work in another art form what would it be?
Drawing, painting, or some other visual art form. I used to drew a lot when I was a kid, along with reading and writing. Even if I don’t draw anymore, it is very much part of my writing and scholarship. My latest mixed-genre essays include topics related to multilingual creativity of versatile immigrant artists and writers, e.g. Marc Chagall, Nicholas Roerich, Leonora Carrington.

What are you working on currently?
A CNF piece based on interviews with my late father about his family, World War Two, and Stalinism; A book of vignettes/snapshots on my Soviet childhood; and a critical essay on the writer Ruth Prawer Jhabvala zeroing in on one of her books My Nine Lives. Ruth Prawer, who was Jewish, had fled Nazi Germany to the UK when she was 13, then married an Indian architect Cyrus Jhabvala and lived 25 years in India, then moved to America to write screenplays with James Ivory and Ismael Merchant. Since Cyrus Jhabvala illustrated the book, I hope to connect their vision.

NATASHA LVOVICH is a writer and scholar of multilingualism and creativity. Originally from Moscow, Russia, she teaches at City University of New York and divides her loyalties between academic and creative writing. She wrote a collection of autobiographical narratives, The Multilingual Self, and the list of her creative publications is steadily growing. Her work appeared in journals (Life Writing, New Writing), anthologies (Lifewriting Annual, Anthology of Imagination & Place), and literary magazines (Post Road, Nashville Review, Two Bridges, bioStories, NDQ, Epiphany, New England Review, Hippocampus Magazine, Jewish Fiction); one of her CNF pieces has been nominated for the Pushcart Prize. Her creative innovations include mixed-genre pieces focused on art and exile. Her essay on surrealist painter and multilingual writer Leonora Carrington is forthcoming in the art review Full Bleed. Natasha Lvovich is editor-in-chief of the new Journal of Literary Multiliingualism, published by Brill.