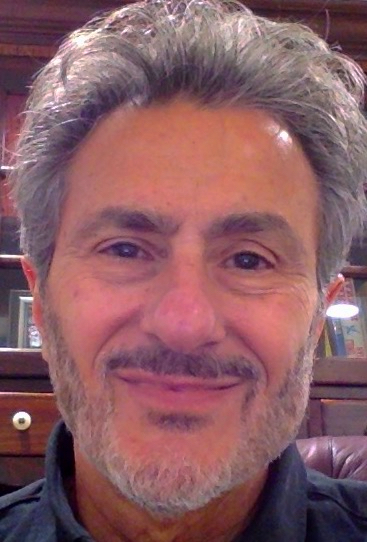 Near a creek where his mother said don't dare go, a young boy spots a garter snake, jaws surrounding a half-swallowed worm, compelling the boy to bend at the knees, starting the descent toward the lumbering snake. It's then that he buckles from weakness in his legs, ignored for days as a nuisance that passes. . .
—from "Indifferent Limbs," Volume 62, Issue 3 (Fall 2021)

Tell us about one of the first pieces you wrote.
A first story, drafted in beginner’s haste, saw many iterations and an avalanche of richly-deserved rejections. But in the early 1990s, the poet and editor A. Wilbur Stevens plucked a version from the slush pile at Interim, a semi-annual he’d resurrected from years of dormancy. Truth is, I was delighted that the story appeared alongside poems by James Laughlin, William Stafford, Adrienne Su, and Harold Wit, writers I’d read and whose work I admired. Later, Wil called to tell me one of the poets remarked to him on the story, surprising me that anyone had read the story, let alone that an editor would relay the remark—two unexpected acts of generosity I’ve witnessed in writers and editors since.

What writer(s) or works have influenced the way you write now?
In fiction, Nelson Algren, Raymond Carver, John Cheever, Gabriel García Márquez, Peter Tayler, and Richard Yates—all in the era when I began, but still to this day read over & over for their subtlety, phrasing, gesture, and speech. In poetry, Elizabeth Bishop, Galway Kinnell, Phillip Levine, Kay Ryan, William Carlos Williams, and some of the younger hearts writing today as fluently, I think, as anyone in the language: Erica Dawson, Natalie Shapiro, and Ocean Vuong. There are others—lots of others, both in fiction and in poetry—but these I’m powerless to turn away from.

What other professions have you worked in?
I taught financial-statement auditing, among other accounting courses, at the University of Notre Dame for years, the last twenty-five as the Deloitte Professor of Accountancy. Prior to that—prior to graduate school—I was an auditor at Price Waterhouse (now PricewaterhouseCoopers). Brief stints as a stock boy, night watchman, and convenience-store clerk came mostly in my teens but came as part-time or summer jobs working with older full-time co-workers, each one a model of what a day’s work is.

What did you want to be when you were young?
Actually, from an early age I wanted to be what I became: a professor. But in youth the allure was the campus setting. I'm guessing I was 11 or 12 when the spectacle of a college campus first hit me, arriving on bicycles with a boyhood friend to the campus of a nearby university. I'd never seen anything quite like that. Parks, sure, I’d seen them before but not parks populated with buildings, no. That they'd commit more space to a sea of plantings than to buildings that serve the university’s mission presented as a natural wonder to me. Much later, I landed at the University of Notre Dame, fully engaged in the scholarship of teaching and the scholarship of research, and stayed for decades reading & writing and telling others what I read & wrote—which is, more or less, what professors do. As a youth—the youth on a bike, say—I’d have welcomed the coming future warmly, even without the slightest idea what scholarship or research might be.

What inspired you to write this piece?
The backstory is I learned by chance that survivors who’d recovered from polio in the 1950s were mysteriously symptomatic today—for example, a South Bend, IN hospice patient who’d recovered in his early teens and presented with post-polio in his late 60s—and learned then that a mysterious polio-like disease (acute flaccid myelitis) had been disabling children, first in numbers in 2010, then again in 2012 and 2014, apparently skipping the odd-numbered years. Struck by the richness of the contemporaneous accounts (e.g., newspapers, medical journals, the Eisenhower Archives), the linkage among polio, post-polio, and AFM seemed to me worthy of a longer form. My second poetry collection, Uncertain in the Worst Way, addresses the link between polio and post-polio. And “Indifferent Limbs” in the Fall 2021 number of The Massachusetts Review addresses the link between polio and AFM.

Is there a city or place, real or imagined, that influences your writing?
Raised in Rhode Island, I long ago left my childhood home, but still I can see the strangely-ornate back-door cornice, the long-since removed peach tree & swing, and the varnished wainscoting that circled the kitchen in our rented first-floor apartment. Even after all this time, that setting presents as a frame of reference, regardless of the form of the work I’m in, including the story “Indifferent Limbs,” since I remember much of polio’s uncertainty as subtle overlays to early childhood and to the defensive behavior the uncertainty brought—avoid swimming pools, water fountains, creeks—lest we be exposed to the cavalcade of horrors grownups warned were lurking. That home, early life, are tangible, tactile but I think of them more as sensibility than place. The aesthetics of the setting seem to linger, even as the details in memory fade.

Is there any specific music that aids you through the writing or editing process?
Oh yes, although my tastes have changed over the years. Today, when convenient, I listen to classical musicians—for example, Joshua Bell, Hilary Hahn, Arthur Rubenstein, Yuja Wang—and to a number of mid-century jazz musicians, among them John Coltrane, Miles Davis, Lee Konitz, Charlie Parker, and Art Tatum. The music isn't necessary, really—I’d be perfectly happy in a soundproof room—but the rhythms, cadence, and pacing of the music double as a reminder of what a sentence should do. 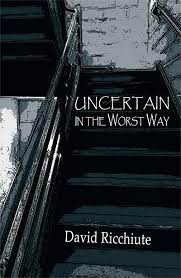 I’d hope to engage in any of the arts where the returns take the form of a tangible object—say, for example, as a painter or a sculptor. I’m helpless to imagine how I’d possibly proceed, but either of these would appeal for sure, since either would allow me—should the work come through—to end the day having cobbled together a recognizable artifact, which is just what fiction and poetry do.

What are you working on currently?
Not unlike “Indifferent Limbs,” I’ve found myself drawn to loosely-based historical fictions—in particular, fictions that, although factually intact, have as their motive the mining of sensibilities persistent today. For example, recent pieces reimagine the first U.S. walk-off-the-shop-floor labor strike—organized, incidentally, entirely by women who, still to this day, remain unnamed. I stumbled on the incident in a 19th century issue of a New England newspaper while searching archived digital facsimiles for the origins of a polio clinic I fictionalize in “Indifferent Limbs.” In a poem, “A Daughter’s Conviction” (The Louisville Review, Spring 2021), I pay homage to these brave women—so heroic for the time, or for any time—but there’s so much more to imagine.

What are you reading right now?
Right now, I'm reading Elizabeth Bishop's letters (One Art), her correspondence with Robert Lowell (Words in Air) and with The New Yorker, and The Letters of John Cheever. More now than ever, I'm impressed by the power of my favorite poets’ and novelists’ writing when, as in their letters, there’s no reason to believe they’re even trying. But the power—in their case, the arresting rhetorical power—is not necessarily in what they reveal in the letters; it's rarely in what they reveal, for me. Or for that matter, in the secrets they keep, since all our secrets are almost the same. The power’s not in the tale told; the power’s in the telling.

DAVID RICCHIUTE is the author of two poetry collections, Uncertain in the Worst Way (Main Street Rag Publishing, 2020) and So Everyone Else Will Know (Aldrich Press, 2018). A line volunteer at the Northern Indiana Center for Hospice Care and the Beacon Children’s Hospital Ronald McDonald House, his fiction and poetry appear in NOON, The Massachusetts Review, Tampa Review, The Louisville Review, and The American Journal of Poetry, among others, and his nonfiction in the Journal of Applied Psychology and Journal of Experimental Psychology. Born in Rhode Island, he has taught at the University of Notre Dame and the University of Michigan, Ann Arbor, and lives now in Indiana and Kentucky.