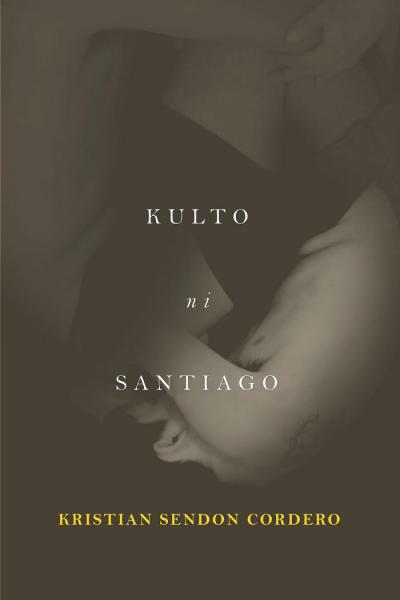 As soon as the lamp was lit at six every evening and the chickens fluttered down from the cacao and jackfruit trees, Father would leave/ He wore shabby military fatigues, boots as large as my legs, and an antique amulet on which was inscribed an Angelus that only Father could read and understand: Que cecop, deus meus, deus noter.
—from "Santiago's Cult" by Kristian Sendon Cordero, Translated by Bernard Capinpin, Volume 62, Issue 3 (Fall 2021)

Tell us about one of the first pieces you translated.
One of the first pieces I translated was Luna Sicat-Cleto’s “The Logic of the Soap Bubbles.” Sicat-Cleto was part of the Katha (lit. ‘Story’) collective who pushed back against the then-dominant social realist school of writing in Tagalog literature. Katha started experimenting with magical realism, metafiction, speculative fiction, among other techniques and they have released several anthologies now considered turning points in Philippine literary history. One of the more accomplished and widely-read stories is Sicat-Cleto’s short story, which explores the thoughts of a young woman as she encounters Sandali (lit. ‘a moment’), an enigmatic and amorphous being. I was drawn by the narrator’s voice as she relates her erotically-charged intimacy with Sandali to her domestic woes as a mother to Sandali’s children, which are actually soap bubbles. A strong feminist/queer reading belies the text. The Filipino pronoun “siya” is gender neutral and this makes Sandali’s gender ambiguous but the author prefers to render the pronoun as “she” to underscore the story’s feminist bent.

What writer(s) or works have influenced the way you write now?
The writers I admire most and want to emulate are those who challenge me, those who stretch the bounds of language and thought, writers who take risks. I mainly write poetry so I’m drawn to poets like Anne Carson, Cirilo Bautista, Conchitina Cruz, John Ashbery, Jorie Graham, Wallace Stevens, Lucie Brock-Boido, and Paul Celan

What did you want to be when you were young?
When I was young, I’ve always wanted to be a doctor. I suppose it’s because of a romantic notion surrounding the profession, especially when you live in a country lacking in them. Not surprisingly, I pursued the profession. What’s surprising though and what I wouldn’t have thought of being, even until a few years back, is to be a literary translator.

What drew you to write a translation of this piece in particular?
Cordero’s “Santiago’s Cult” refocuses what literature on the Martial Law is. Much of the writing on the period bears witness to its atrocities using straightforward realism. Cordero instead gives us a new perspective on the dictatorship by conjuring images sourced from folk/syncretic Catholicism and local myth to create powerful metaphors of the political violence during that period.

Is there a city or place, real or imagined, that influences your writing?
In his essay “The Geography of the Imagination,” Guy Davenport writes, “The imagination, like all things in time, is metamorphic. It is also rooted in a ground, a geography.” Having been born and raised in Manila, the Philippines’ capital, I as well as my poetics are inevitably imprinted by it. But as a translator, I deal with texts that originate from a variety of backgrounds. Incidentally, most the authors whom I am translating are from Bicol, located in Luzon, south of Metro Manila, and a region I am not all that well acquainted with. Sometimes, a word or a reference may elude me and I may mistake points of the text exactly. Since my partner is also from Bicol and I’m not, I get her to contextualize details of the work which people from other regions may not fully understand. Contrary to what people may think, Filipino culture is not that monolithic.

But that is what translation entails. The process of translation necessitates a negotiation between two imaginations—in my case, between two geographies. Through my engagement with these texts, Bicol has captured my imagination even though I have yet to step foot in it.

Is there any specific music that aids you through the writing or editing process?
I don’t find music to be helpful for me in writing. I’m easily distracted and enjoyable music may make me want to pay attention to it more rather than writing, which I most often consider a chore. It makes me want to procrastinate.

Do you have any rituals or traditions that you do in order to write?
I usually squeeze my writing/translating into the little time I have after work. I don’t have a particular ritual I need to do to get writing, but I first have to unwind myself after an exhausting day, maybe lounge a bit on my bed and having dinner.

If you could work in another art form what would it be?
I play the electric bass, and I’ve always wanted to try my hand at jazz composition, but unfortunately I haven’t the ability for it.

What are you working on currently?
I'm currently translating three book-length projects: a historical novel where characters use mancala as a cipher; an experimental dystopian novel that doubles as a roman à clef and literary criticism; and of course, Kristian Sendon Cordero’s first short story collection in English, Our Lady of Imelda.

BERNARD CAPINPIN is a poet and translator. His translations have appeared or are forthcoming from ULIRÁT: Best Contemporary Stories in Translation from the Philippines (Gaudy Boy Translates, 2021), The Arkansas International, The Washington Square Review, AGNI, and elsewhere. He was one of the winners of the 2020 Words Without Borders—Academy of American Poets Poems in Translation Contest. He lives in the Philippines.