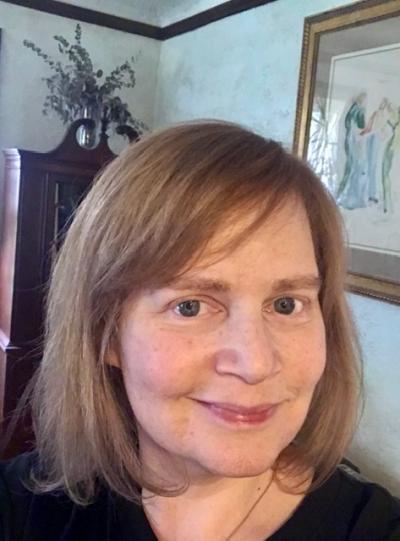 Still it keeps encroaching, the prickly dread, waiting past midnight as sleep comes in stutters, until you quit trying. As branches scratch tree songs at your windows and shadows scurry like mice across the sills. Because time is ticking down. An inevtiable end approaching, the unmarked cars turning onto your street, their low rumble over asphalt.
—from "The Tender Soul's Guide to Midwestern Middle-Class Midlife Dread," Volume 62, Issue 3 (Fall 2021)

Tell us about one of the first pieces you wrote.
First ever poem from second grade: Don’t bring grass to class. As this was during the 1970s, grass had another meaning I was wholly unaware of at the time, thinking instead that I shouldn’t rip up the lawn outside my elementary school.

Unfortunately, my poor attempt at a poem necessitated a conference with my teacher, the school’s principal and my mother who was already suspect due to her single parent status in the conservative, upper middle-class suburb we landed in by way of divorce. All turned out well, however; I changed grass to glass, my poem was displayed beside those of my classmates on the classroom wall—and I also learned the name and purpose of the dried sticks and leaves in the little plastic baggies in my mother’s bedroom drawer.

What writer(s) or works have influenced the way you write now?
Which hasn’t? I have to be careful, honestly, since I tend to unconsciously stick in my word-vampire fangs and suck up other writers’ turns of phrase, engaging and unexpected language, rhythms and whatnot.

However, the poets I favored as a teen, and which undoubtedly influenced me, were the classics: Emily Dickinson (of course!), Blake, Browning, Shelly, Yeats, Keats, etc. I also fell in love with Pablo Neruda around that time and attempted (unsuccessfully) to learn Spanish so I could read him in his native language. Ahem. As is probably pretty clear, I wasn’t very popular during my teenage years.

In terms of fiction and nonfiction and poetry that that I still read and reread on a regular basis, off the top of my head (and in no particular order) there’s Virginia Woolf’s Orlando, Jane Eyre, all of Seamus Haeney’s poems, Wide Sargasso Sea by Jean Rhys, Günter Grass’s The Tin Drum, 100 Years of Solitude by Gabriel García Márquez, The Woman Warrior by Maxine Hong Kingston, anything by Margaret Atwood or Sherman Alexie, Edward Hirsch, Susan Stewart, Laura Kasischke, The Catcher in the Rye, Wuthering Heights, East of Eden, anything by Terry Pratchett and Neil Gaiman, Diane Ackerman’s The Secret Life of the Senses, everything by Barbara Kingsolver, Possession by A.S. Byatt, all of Gregory Maguire. Sigh. The list goes on and on.

What other professions have you worked in?
Prior to my last couple of decades as a writing and lit teacher, I mostly worked retail to finance my backpacking-around-Europe habit. I have sold ice cream, candy, high-end dresses, cheap dresses, punk rock t-shirts, Dungeons & Dragons paraphernalia, Halloween costumes, whoopie cushions, itching powder and other gag gifts, magazines, tchotchkes of various varieties and bad coffee.

What inspired you to write this piece?
The essay started when I decided to try my hand at writing a hermit crab essay. I thought of a traveler’s guide to something but got stuck there and pretty much abandoned the idea for a while.

As for the Midlife Dread portion, my husband and I sent our daughter, our only child, off to college and I found myself flailing with my seemingly empty future of black holes, looming death, etc. (I may have been feeling a touch dramatic at the time). Once an idea solidifies in my brain, I tend to be a relatively quick writer; however, over and over again, this essay morphed on me, and I spent an inordinately long time on it, writing and rewriting, fiddling and adding and subtracting. The recurring themes, the bunnies and bees, the lilacs, my grandparents’ garden, all came as wonderful surprises along this somewhat bumpy, but ultimately rewarding, journey.

Is there a city or place, real or imagined, that influences your writing?
It’s always the northwest coast of Ireland: Mayo and Sligo and Donegal. I am primarily Ashkenazi Jewish by birth, but there’s something about the air in NW Ireland that calls me to a spiritual homeplace: the cliffs plunging into the crashing Atlantic Ocean, the ancient stone circles and dolmans just plopped for any dumb 20-something to find on the stony landscape of the Burren. . . It’s magic and perfect and wholly inspiring.

Is there any specific music that aids you through the writing or editing process?
I’m a punk rock girl at heart, so there’s always some roaring, thudding, pounding beat in my head as I write, and rewrite and rewrite (I do a lot of rewriting!). Recently, I introduced my daughter to the Pogues and she’s become enamored—and in the process I’ve rediscovered how much I adored them also, so there’s been lots of Shane MacGowan’s growling echoing in my brain. 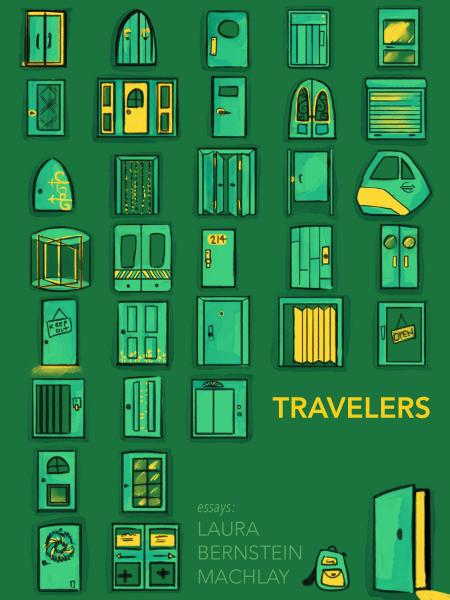 I have a terrific writers’ group; I’m so lucky in that! Three other prose writers, all of them extremely skilled in their craft, all generous and honest in their critiques. I also send my work to my friend/cousin (an amazing fiction writer and poet). Truly, I’m grateful for the writers who are willing to look at my various attempts, and to share their own with me.

If you could work in another art form what would it be?
If I had the least bit of talent in the visual arts, I’d be a painter—possibly working in oils (I’m dreaming big now). There’s something about the richness, the layering and complexity and depth of oil paints that calls to me. Perhaps it’s that, when looked at up close, oil paints give the seemingly flat surface of paintings a viscosity—so the individual brush strokes are visible!—that brings them even more alive.

What are you working on currently?
Ha! I’m on my fifth or so attempt at a novel. One of these days I’ll get it right. At the moment, I’m researching serial killers for a character who pushed his way into the narrative. Oy vey!

What are you reading right now?
As usual, I’m pretty far behind on my list. Currently, I’m reading (finally!) Madeline Miller’s Circe, as well as The Best of Brevity, a 20-year compellation of that journal. I’m embarrassed at how long it’s taken me to get to these books—but my piles keep growing and growing, and though I’m a quick reader, I just can’t keep pace with the amazing work out there.

LAURA BERNSTEIN-MACHLAY teaches literature and creative writing at a Detroit-area college. Her work has appeared in many magazines including The American Scholar, Hotel Amerika, Into the Void, Michigan Quarterly Review, and World Literature Today. Her full-length collection of creative-nonfiction essays, Travelers, was released in 2018. She is currently at work on a novel.