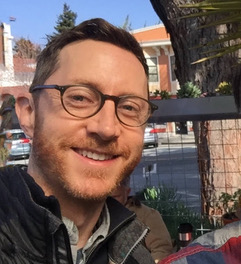 Aristotle imagined that red occured when "luminous transparency is covered by a thin burning smoke." In California, in the Amazon, wherever forest fires spread, visions of a red future multiply. "With all the dust and smoke in the air, the world will begin to look different," writes one reporter.
—from "Fugitive Reds," Volume 62, Issue 3 (Fall 2021)

Tell us about one of the first pieces you wrote.
In college I wrote a poem about the oboe. Or perhaps it was a poem that used the oboe as a metaphor. Clearly, the poem itself was trash. What remains indelible to me is the word I lifted—daedal—from a then unpublished poem by Elizabeth Bishop. As transgressions go, it’s mild stuff. Yet from this early moment of literary theft, two longstanding interests emerged: delving into archives and following Bishop wherever she travels.

What writer(s) or works have influenced the way you write now?
I thrill to writers who exhibit a bit of aggression, who withhold easy charms or even play tricks on the reader. Thomas Bernhard, Gertrude Stein, and Hilton Als are a few in this stable of prickly writers. The flaming precision of Wayne Koestenbaum, a teacher and mentor, inspires me in a different way. Lisa Robertson is another dandy stylist whose sentences amaze me. Terse and no-nonsense, they also contain moments of baroque extravagance.

What other professions have you worked in?
Some jobs I’ve held: I drove an ice cream truck in junior high school. (The stigma lingers—I’m now allergic to dairy.) One long difficult summer I stocked shelves on the graveyard shift of a 24-hour grocery store. Another summer I worked the grill at a café called The Prairie Dog Inn. In college, I became a “page” in a rare books library, fetching volumes for visiting researchers. My first professional path was graphic designer and art director. This background in art and visual design informs how I approach literature and writing, which I now teach at the City University of New York.

What did you want to be when you were young?
My dream profession as a child was to be an architect. With my ruler and retractable pencil, I filled sketchbooks with elaborate floor plans for imaginary houses. I was fascinated with architectural orders and the difference between Doric and Ionic columns. In my sketchbooks I would trace the façades of cathedrals, trying to understand out how Gothic style emerged from Romanesque.

What inspired you to write this piece?
Assembling a volume of experimental nonfiction based on Elizabeth Bishop’s time in Brazil, I realized color was a unifying theme. I had collected a good deal of research on Brazilian history and began assembling fragments about early colonists’ extraction of Brazilwood for red dye. These awful histories seemed to echo our current catastrophes of deforestation. As I researched early dye industries, the color red emerged as a hidden thread connecting past crimes against the environment and present ecological disasters.

Is there a city or place, real or imagined, that influences your writing?
The Rio de Janeiro of Clarice Lispector’s Crônicas. The Lisbon of Fernando Pessoa’s The Book of Disquiet. The Vancouver of Lisa Robertson’s Occasional Work and Seven Walks from the Office for Soft Architecture. The Chelsea Hotel of James Schuyler.

Is there any specific music that aids you through the writing or editing process?
I return to what John Ashbery said about classical music influencing his poetry, its way of making meaning through form rather than argument. I imagine writing poems and essays while listening to the unusual compositions of Poulenc or Schoenberg. But in practice, I turn to music only if I need a third rail to power me to the finish line—something electronic with a propulsive beat. Anything too melodic distracts.

If you could work in another art form what would it be?
As a teenager, I was in school plays and musicals, and I long for the camaraderie that emerges backstage. I played in a symphony orchestra through college (oboe, of course). I loved collaboration, the feeling of being subsumed into the larger group, then emerging, only occasionally, when the oboe or woodwind section is highlighted.

What are you working on currently?
I’ve been wrapping up two scholarly essays, one on Bishop’s relationship with the Brazilian landscape architect Roberto Burle Marx. The other essay is about the queer Brazilian artist Hélio Oiticica and the years he lived in New York City (1970-78). He stopped exhibiting visual art and turned to writing, in a style that drew on Brazilian concrete poetry and the wordplay of Joyce and Stein.

What are you reading right now?
Right now I’m teaching the short stories and fables of Franz Kafka and Lydia Davis, reliable pleasures. Next up is Claudia Rankine’s Citizen: An American Lyric. On my nightstand are Sigrid Nunez’s wonderful The Friend, Hervé Guibert’s Written in Invisible Ink, and C. S. Giscombe’s Prairie Style. I also keep handy A. S. Hamrah’s collection of film writing, The Earth Dies Streaming, for regular jolts of wit and insight. This weekend I picked up Amia Srinivasan’s The Right to Sex: Feminism in the Twenty-First Century and devoured it in two sittings. I admire the cool rigor of her style—no indulgent flourishes, no easy outs. I marvel at how she long keeps open difficult questions, examining them, without flinching, from all sides. After a long dull reading block, I feel I can think again.

CHRISTOPHER SCHMIDT is the author of The Next in Line (poetry) and The Poetics of Waste (criticism). Recent writings on Brazilian art and culture have appeared in Fence, Denver Quarterly, and ArtMargins. An article on Elizabeth Bishop and landscape is forthcoming in Modernism/modernity.