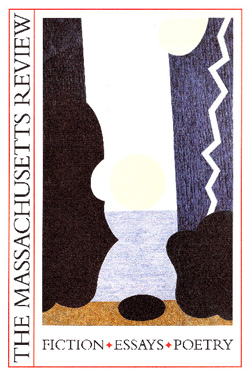 WE ARE DELIGHTED to announce that Diane Wald is the winner of the first annual Anne Halley Poetry Prize for "the corgis of queen elizabeth," which appeared in the Spring 2004 issue. The Halley Prize will be awarded to the author of the best poem to appear in each volume of this magazine. This year's judges were MR poetry editors Ellen Watson and Deborah Gorlin, and Professor Margo Culley of the UMass English Department.

Diane Wald is an alumna of the MFA program at the University of Massachusetts. She has published three chapbooks and an electronic chapbook, and two books, Lucid Suitcase from Red Hen Press in 1999, and TheYellow Hotel from Verse Press in 2002. A resident of Boston, she works by day at the Massachusetts Society for the Prevention of Cruelty to Animals. For those readers in the Amherst area, she will be receiving the prize and giving a reading at 8:00 pm on April 21, 2005 at Amherst Books, 8 Main St., Amherst. At 5:30 pm on the same day she will be our guest on MR2, Massachusetts Review Radio, on WMUA (91.1 FM or streamed on www.wmua.org).

It is perhaps a coincidence that our managing editor Corwin Ericson discovered, in a file of antique MR lore, a letter from the poet Allen Tate to Anne Halley, dated June 5, 1965, just after the appearance of Anne's book Between wars, and other poems. "Dear Anne," he writes, "I knew you were a brilliant young woman, but so far I was concerned you hid your poetic fight under a bushel. You are so much better than Ann Sexton and Denise Levertov that they aren't good enough to be in the same room with you." Here at her home magazine, we think so too.

David Lenson
for the editors

Cure For A Hangover

The John Brown Way: Frederick Douglass and Henry David Thoureau on the Use of Violence

The Death of Satan

A Recipe Card Is Far Too Small

Turning of the Dead

Cure For A Hangover,
Non-Fiction by Denise Shekerjian

Her Renaissance, Poetry by Christopher Davis

The John Brown Way: Frederick Douglass and
Henry David Thoureau on the Use of Violence,
Non-Fiction by Jason P. Matzke

The Death of Satan, Non-Fiction by Erik Campbell

A Recipe Card Is Far Too Small,
Non-Fiction by Joanna Kadi

Turning of the Dead, Fiction by Kira Salak

Gurdian of the Light, Art by George Wardlaw