The morning’s inexplicable sadness. A vague salty-sweetness, permeating the hours.
I sit at the breakfast table with my daughter, eating squares of mochi.
The outer shell, risen like the carapace of a crab. Crisp skin and soft, gooey interior.
I once read that ambivalence means both very far and very close.
—from "Ode to Mochi", from Winter 2018 (Vol. 59, Issue 4)

Tell us about one of the first pieces you wrote.
As a graduate student at the University of Washington, I remember writing, for the first time, a poem in which I felt free. Ironically, this happened in response to an imitation exercise that my advisor had assigned in workshop, something along the lines of “revise a poem in the style of an admired poet, and then revise your revision in the style of a different poet,” but it was the first time I’d taken a piece of language and engaged with it as fully malleable material. The exercise gave me my first glimpse of what mastery of poetic form might feel like; that is, what it might feel like to discover a radical set of formal imperatives that emerged from the poetic occasion itself, rather than from some uncertain sense of what made a poem “good” or even “a poem.” I loved that exercise and used it many other times. My poems began to feel more dynamic, more alive, and I began to feel less encumbered by the expectations of the workshop and by the prevailing poetic sensibility I intuited from what I saw in journals and from my peers.

What writer(s) or works have influenced the way you write now?
Well, if I remember correctly, the two poets I chose for the revision exercise described above were Elizabeth Bishop and Jorie Graham. Bishop, for her painstaking attention to visual detail, for a certain vividness in her way of capturing the world, as if through a finely honed microscope, and also for the embedded sense of the “I” in her eye—an argument encoded in every detail, in the precision and force of her words. And Jorie Graham, for some of the same reasons, but also for the powerful metaphysical impulse of her poems, which limn great mystical and moral questions, even as they remain securely tethered to the physical world of textured brick and rough dirt. Most influential, however, was my grad school mentor, Pimone Triplett, who introduced me to both Bishop and Graham, thus adopting me into her own poetic lineage.

What other professions have you worked in?
After college and grad school, I taught elementary and middle school Language Arts at a local independent school. I was lucky enough to teach at a place where the curriculum was departmentalized and where teachers were granted the freedom to enrich the material however they pleased. I designed a Dear Poet project for my fourth graders, modeled after the Academy of American Poets’ annual Dear Poet Project, and incorporated the reading and writing of poetry into my daily classroom routines. At the moment, I’m home with my daughters when I’m not writing, which means that language and learning are very much a part of my everyday interactions with my kids—along with the complex demands of balancing a writing life with family life.

What did you want to be when you were young?
As a child, my primary ambition was to write a book, so I suppose I wanted to be an author (surprise!). I was a voracious reader and very solitary, especially in middle school, which is to say that I spent every lunch alone in the library, surrounded by books. My goal, in the sixth grade, was to read every title in the youth section, and I did! I started with the “A” section and proceeded all the way through the “Z”s. Granted, it was a very small library, but for whatever reason, I found myself possessed by an insatiable hunger for story and language, and so I did what I could to feed this need.

What inspired you to write this piece?
I wrote the first draft of “Ode to Mochi” in a single sitting, immediately after having the experience described in the poem. It began, as it says in the open line, with this overwhelming sense of yearning, or grief, perhaps, over the fact that my daughter would never meet my paternal grandmother, a woman whose life I explore in my debut book Isako Isako. Though I was raised in Southeast Asia, a world away from the Japanese American community of my parents and grandparents, I still have a strong affective tie to the flavors associated with Japanese American foods (spam musubi, my grandma’s green beans eaten with shoyu and mayonnaise, furikake-seasoned Chex mix, as I mention in the poem). As the mother of mixed race kids, I find myself holding onto certain foods and flavors for their sake, wanting to give them a sense of what their Japanese American heritage tastes like. How it feels on the tongue. Some of this sentiment is captured in the poem, which I’ve written as a kind of fragmentary prose diary, a form I’ve adopted from my Japanese aesthetic inheritance. Along with that, a sense of ambivalence, an underlying sense of resignation or detachment, a sense of sorrow. That balance of salty and sweet, which is also present in the culinary profile of Japanese cooking. The meatiness of its flavors, as I mention in the poem. A good follow-up piece would be an autobiography of the self through the history of umami—something I may write one day.

Is there a city or place, real or imagined, that influences your writing?
As I mentioned, I grew up in Laos and Thailand, so some of my deepest creative impulses are tied to my early sense impressions of Vientiane. Childhood has a way of preserving details in high definition: sights are sharper, fear is more palpable, even sounds are tuned to a higher pitch. I’ve often wondered if I became a writer because I spent so much of my early life surrounded by things that both confounded and frightened me. At certain moments, especially while writing, this hidden world breaks open: nests of eels writhing in the marketplace; swarms of fire ants seething around a litter of hairless, just-birthed rabbits; the orangey-pink petrol pooled around my cat’s body in the back of the garage. Childhood was somewhat terrifying but very much alive, and in many ways, that vivid lens on the world that it offered me then is what colors my poetic sensibility today.

Do you have any rituals or traditions that you do in order to write?
I mentioned this briefly in a Writers Recommend piece for Poets & Writers, but my writing day is sandwiched between preschool drop-off and daycare pickup, so the process of getting the kids ready for school and ferrying them out the door is my ritual. Packing lunches, securing ponytails, fetching jackets: those are my traditions. When the house is finally empty, the first thing I do is to sit down at the dining table and jot down a few goals for the day. Then I light a candle, make a cup of chai, and take up my writing. With small kids in the house, there is no such thing as your own space—there is always someone with warm feet clambering into your lap or onto your bed, which is its own kind of joy, but not the sort that allows for much actual writing. So having those hours to myself is an immense gift, though it also comes with enormous pressure. 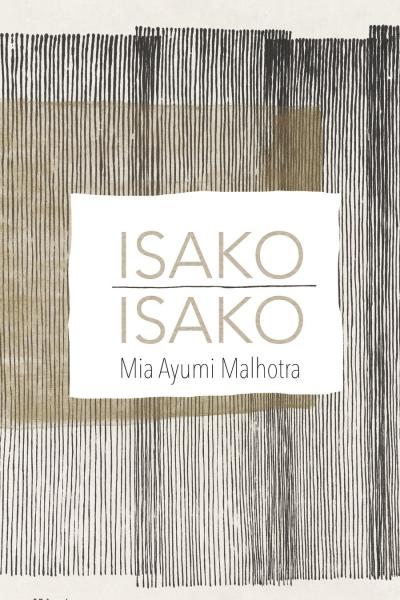 Who typically gets the first read of your work?
Always my husband. As an algorithms engineer, he works in a very different world than I do, but together, we tend an intimate, tightly knit family life, and my writing is an integral part of that life. Or maybe it’s the other way around, I can never tell! I don't usually show him my earliest drafts, but when I’ve got something with a recognizable line of thought, I ask him to take a look. At that stage in the writing process, what I need most is a compassionate witness, someone who can acknowledge my tentative, exploratory forays into new material—and I can always count on my husband to respond to this early work with both gentleness and curiosity. I once took a workshop with the wonderful Sandra Lim, and she mentioned that having a mathematician for a partner (and a reader) was something that kept her honest as a writer. What she meant was that while poet-friends might acknowledge the literary merit of a poem, it was her partner who always recognized the heart at the center of the work. He could always identify whether she was writing something that “her poet-friends would like,” or something that he liked.

If you could work in another art form what would it be?
This is probably why I was drawn to Elizabeth Bishop as a graduate student, but I interact with the world through primarily visual means, which means that when I write, the details that land on the page are very visual, at least initially. What a thing looks like, and what it looks like exactly is a writerly obsession of mine; also, how to evoke a thing exactly in language, to capture its itness, as Gertrude Stein does in her word portraits of friends and objects. This is a long way of saying that if I were to work in another art form it would be visual art—painting or photography or sculpture, perhaps, with its tactile and structural/spatial realities.

What are you working on currently?
My next book is a mixed genre collection of essays, fragmentary prose, and poem sequences that addresses the transformative experience of pregnancy and early motherhood. The sections of the manuscript are at varying stages of completion, but I’ve published segments in places like The Yale Review, Indiana Review, and CALYX. My poems forthcoming in The Massachusetts Review will likely be a part of this book as well. Though the project departs somewhat from the subject matter of my first book, I still see it as linked—less about the history of my matrilineage, more about my journey of being and becoming a mother.

Mia Ayumi Malhotra is the author of Isako Isako, winner of the 2017 Alice James Award. She received her MFA from the University of Washington and is a Kundiman and VONA/Voices Fellow. Her poems have appeared in Indiana Review, The Greensboro Review, Best New Poets, and elsewhere. She currently lives in the San Francisco Bay Area.