In 2010, the second morning of the Year of the Pig is the day after Valentine’s. Hong Kong’s in a good mood. On ATV Home, Harmony News broadcasts a senior citizen activity organized by a Christian social welfare group. Its goal—to reproduce past times by displaying personal possessions these seniors have preserved and staging pop songs and dances they perform, sporting makeup, wigs, and clothing from their youth. One woman could still wear her wedding dress. —from “The View from 2010,” Volume 60, Issue 4 (Winter 2019)

Tell us about one of the first pieces you wrote.
An undersea world where the first-person protagonist visits for a time, although not a lot happens once she gets there and then she goes home. It was a short story that was published in the children’s section of one of Hong Kong’s English language newspapers when I was eleven or twelve. I grew up right by the harbor and the sea fascinated me as a child, for all that was hidden from view.

Works that influence the way I write now include: Dreams of Red Chamber (Cao Xueqin), Lolita and Pale Fire (Nabokov), A Tale of Two Cities (Dickens), “The Angel of the Bridge” (Cheever), “Lawns” (Mona Simpson), The Year of the Death of Ricardo Reis (Saramago), Garlic Ballads (Mo Yan), Lust Caution (Eileen Chang/Zhang Ailing), “Why I Live at the PO” (Eudora Welty), The Unconsoled (Ishiguro), “A Dill Pickle” (Mansfield), Four Quartets (Eliot), “A Modest Proposal” (Swift), Malgudi Days (RK Narayan), The Portrait of a Lady (James), Diary of a Rapist (Connell), Democracy (Joan Didion), City at the End of Time (PK Leung—poetry collection), A Many Splendored Thing (Han Suyin), “To Room Nineteen” and Grandmothers (Lessing), A State of Siege (Janet Frame), “The Idea of Order at Key West” (Stevens), “On His Blindness” and Paradise Regained (Milton), Moderato Cantabile (Duras); Tripmaster Monkey (Kingston), Renegade or Halo2 (Timothy Mo), Le Petit Prince (St. Exupery), Winnie the Pooh (AA Milne), Alice in Wonderland and Through the Looking Glass (Carroll), “The Rime of the Ancient Mariner” (Coleridge), The Hunters (James Salter), Journey to the West (Wu Cheng’en), Dead Souls (Nikolai Gogol). And there are others, I’m sure. 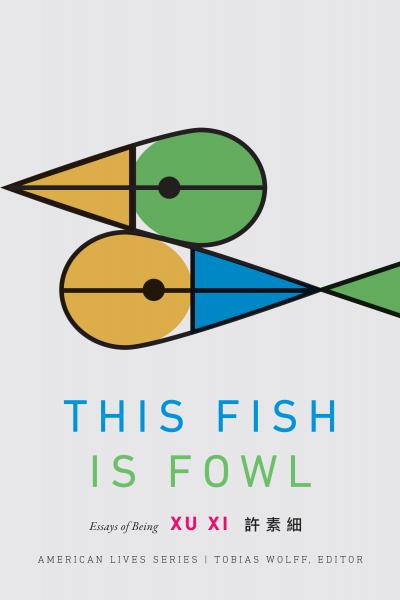 What did you want to be when you were young?
Astronaut, doctor, nun, ballerina, concert pianist. A lack of talent introduced impediments, I fear.

What inspired you to write this piece?
Frustration at what feels like the “end” of my birthplace, the disappearance of Hong Kong and the promise of its curious existence and history.

Is there a city or place, real or imagined, that influences your writing?
Many! Real: Hong Kong, certainly. Norway (anywhere Edvard Munch spent time). New Zealand, especially the South Island. Greece. Indonesia. Singapore. New York (city and the northern part of the state/Adirondacks).

Imagined: Laputa in Book III of Gulliver’s Travels. Enid Blyton’s Toyland where Noddy drove his taxi and Mallory Towers, the boarding school. The church from Widdershins. Xanadu. Alice’s Wonderland. Under the seas of Brittany where the Morgans live. Chang E’s Moon. Underwater where the Water Babies went to get clean of the soot of chimneys. Malgudi. Superman’s Fortress of Solitude. The Batcave. South Park. The red dust where The Story of the Stone begins. 22B Baker Street, home of Sherlock Holmes.

Do you have any rituals or traditions that you do in order to write?
The “desk” has to be cleared, either the actual physical surface or the nagging electronic inbox/to do file of administrative matters. Nails often need to be filed. Dishes used to need to be done, but now, I have a dishwasher! Ideally, the gym routine must be scheduled into the morning/day.

If you could work in another art form what would it be?
Music—as a jazz pianist and singer.

What are you working on currently?
A novel, The Milton Man, and a memoir, Workbook: An Unromantic Education in Nullahs of Global Capitalism. I have another novel-in-progress, Memories of You, but have put that aside until I finish The Milton Man which has been in progress since 1989 – 90, and it’s time I finished it. Plus, I have a couple of short pieces (essays and fiction) in progress.

What are you reading right now?
Too much news and “Big Reads” in the Financial Times! I’ve also been immersed in reading and re-reading various works of Portuguese literature lately, because the Lisbon residency I’m program directing for the International MFA is happening in March. However, what I’ve been trying to read is Julia Lovell’s Maoism: A Global History and the pile of colorful comic books of ancient Burmese myths and legends that I found at the bookfair when I was at the Irrawaddy Literary Festival in Mandalay in November. Also on my bookshelf right now is, coincidentally, a new release from the University of Massachusetts Press, The Memory Eaters by Elizabeth Kadetsky, Answer to Job by C.G. Jung and the book of Job just moved there as well. Recently read these novels—Pitchaya Subanthad’s Bangkok Wakes to Rain, Hiroko Omayada’s The Factory and Ayse Kulin’s Without a Country.

XU XI 許素細 is author of fourteen books of fiction and nonfiction, most recently This Fish is Fowl: Essays of Being and editor of four anthologies of Hong Kong writing in English. She is currently faculty co-director of the International MFA in Creative Writing and Literary Translation at Vermont College of Fine Arts and has been faculty at graduate creative writing programs since 2002. Previously she had an eighteen-year career in marketing and management for multinationals in the U.S. and Asia. An Indonesian-Chinese-American diehard transnational, she now splits her life, unevenly, between the state of New York and the rest of the world.