When my son was young we’d read a book or two each night before he went to sleep, and invariably he’d ask for just one more. For that extra read, one title became my favorite: Marvin K. Mooney Won’t You Please Go Now, by Dr. Seuss: “The time has come! The time is now! JUST GO, GO, GO! I DON’T CARE HOW! Marvin K. Mooney, will you please go now?!” As refrains go, this one was useful in persuading my son that it was finally time for to go to sleep.

Today I find the book relevant again. Why won’t Donald Trump and the G.O.P. just accept the will of the people and move on? I’m not the first to think the book germane to politics: Wikipedia tells me that, back in 1974 during the Watergate affair, the columnist Art Buchwald collaborated with Dr. Seuss himself, crossing out “Marvin K. Mooney” and writing in “Richard M. Nixon.” Later, during the 2008 election, Maureen Dowd’s column used the text to encourage Hillary Clinton to back off from her fight with Barack Obama. I’m not even the first to return to Seuss now.

Having lost over 50 (mostly nonsensical) cases attempting to overturn this year’s vote, one has to ask: why force yourself to lose repeatedly? Of course we know members of the G.O.P. cower before the idea of Trump turning his followers against them, but what about Trump? He’s often stated proudly that he’s a poor loser, but fighting the will of the people? Imperiling the Union? Is it really worth all that? 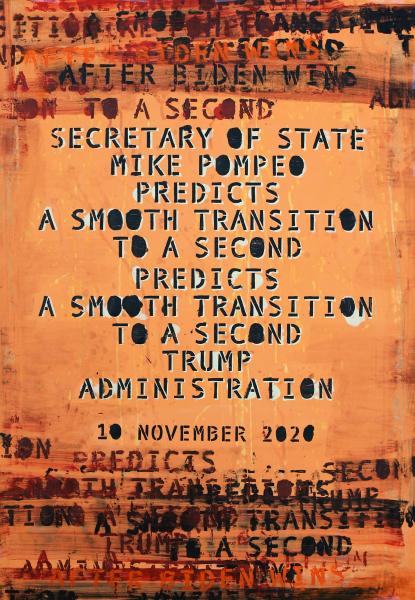 To Trump, yes. He appears to be purposefully using the idea of a “stolen” election to rile up his followers—dangerously—and to keep his every action in the spotlight, but also (as it is so often is with Trump). . . to rake in the money. Reportedly, he has pulled in over $200 million to his new Leadership PAC called Save America, mostly in small donations. Here’s the thing: the PAC is designed in such a way that Trump can use the money in any way he desires: not just for paying legal costs, but clothes, housing, meals, you name it. And it’s all legal! Might be helpful to a guy who needs to keep up his billionaire appearance, even if he might not be able to
afford it.

My son begged for “one more book” because he wanted to keep my attention and to stay awake a bit longer. After all, for small kids sleeping is tantamount to non-existence. Trump needs attention even more than my son did.

And he’s willing to do anything to get it.

See Ward's other posts His Way with Words, Idolatry, Fiddling during the First 100,000, Kids-In-Cages, Trump Papers, The Pandemic, Lewis and Trump, Decency, Going Postal, and Not My Type.

WARD SCHUMAKER is an artist known in particular for his
hand-painted, one-of-a-kind books. An unintended and
fortuitous viewing of one—a collection of quotes from the 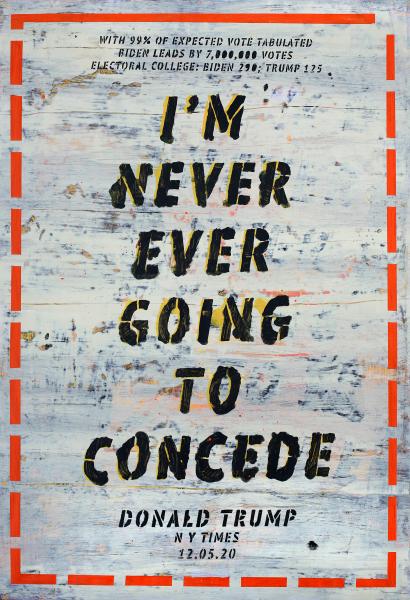 mouth of Donald Trump—resulted in the publication of
Hate Is What We Need, available from Chronicle Books.
Schumaker is represented by the Jack Fischer Gallery in
San Francisco. 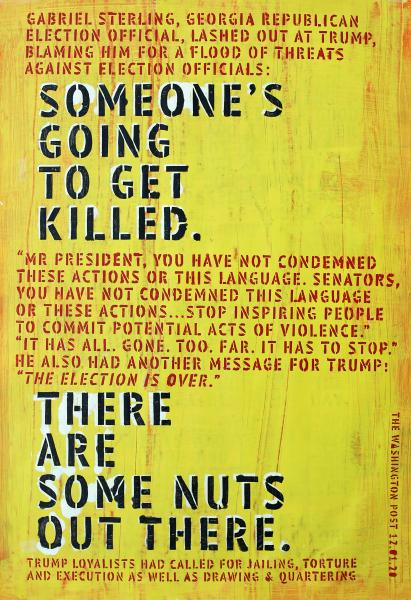 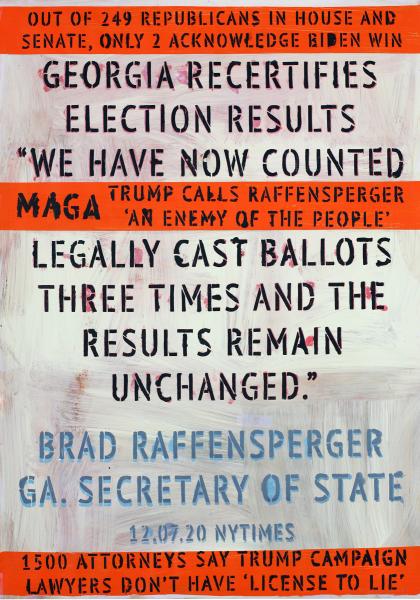 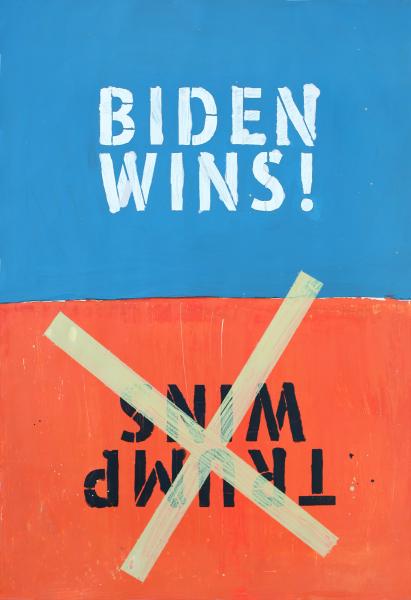